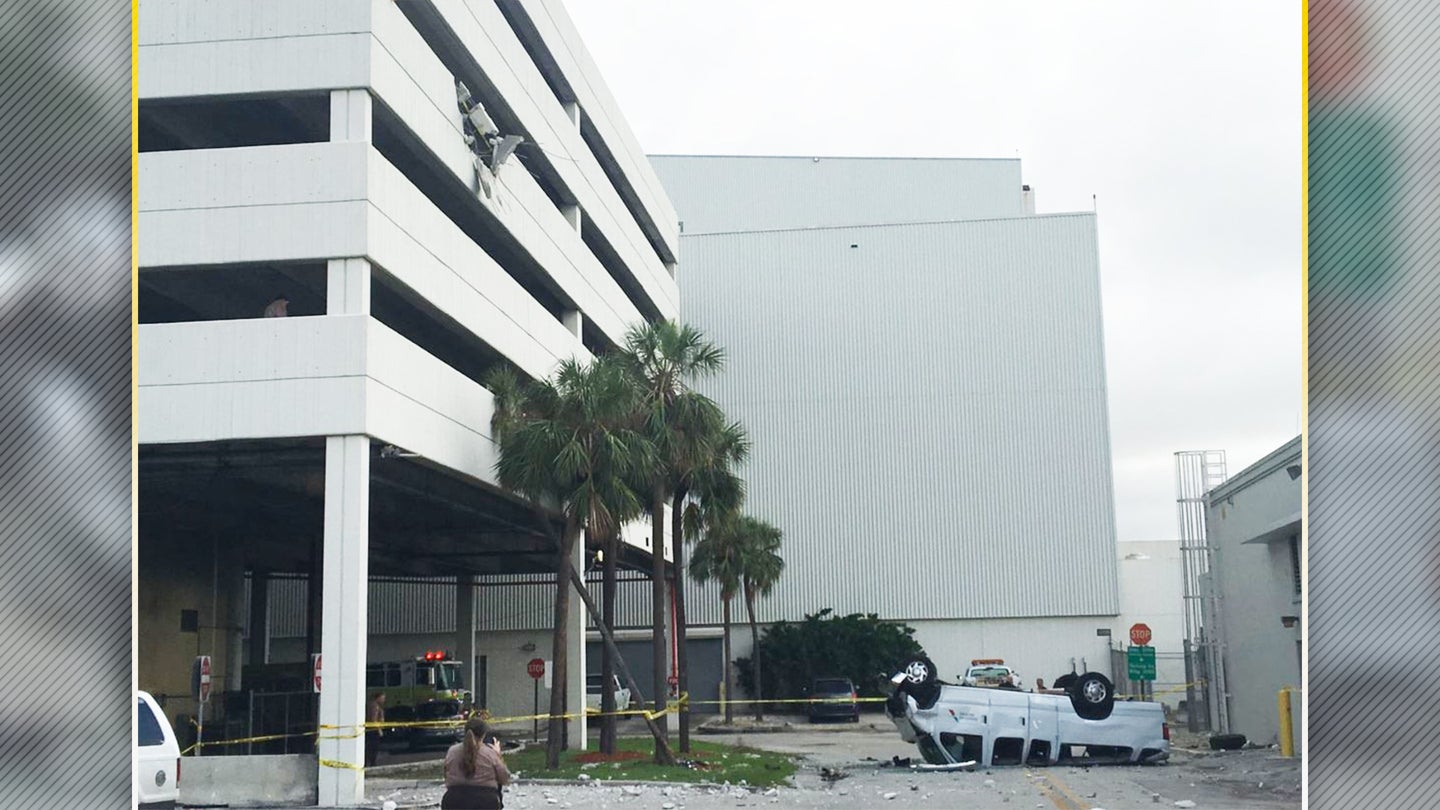 An American Airlines employee is lucky to be alive after driving a Ford passenger van off the fourth floor of a Miami International Airport parking garage and falling more than fifty feet to the pavement below, ABC 10 News reports.

Authorities say 59-year-old Orlando Luna was behind the wheel of the E-Series van when it crashed through the low wall on the side of the garage, flipped over in mid-air, and landed on its roof. The impact almost flattened the van and crushed nearly all of its structural pillars. Crucially, the A-pillar supporting the windshield and protecting the driver is the only thing that held up, which is probably why Luna was able to escape serious injury.

As with the last incident we covered where someone took the fast way down from a high floor, it's an impressive demonstration of how safety standards have made modern vehicles far, far safer than their vintage counterparts. That's a few tons of steel hitting the ground at over 40 mph at one of the van's weakest points, and yet Luna got away with "scrapes and bruises," according to a statement from American Airlines.

It would probably be a different story for any of his passengers, but thankfully he was the sole occupant on Florida's newest and shortest-lived thrill ride. There's also some speculation that the van struck a palm tree on the way down, which may have helped break its fall a little. Miami-Dade police haven't determined the cause of the accident yet, though unlike that scene from The Fate of the Furious, it seems like plain old unintentional acceleration is a likely suspect.