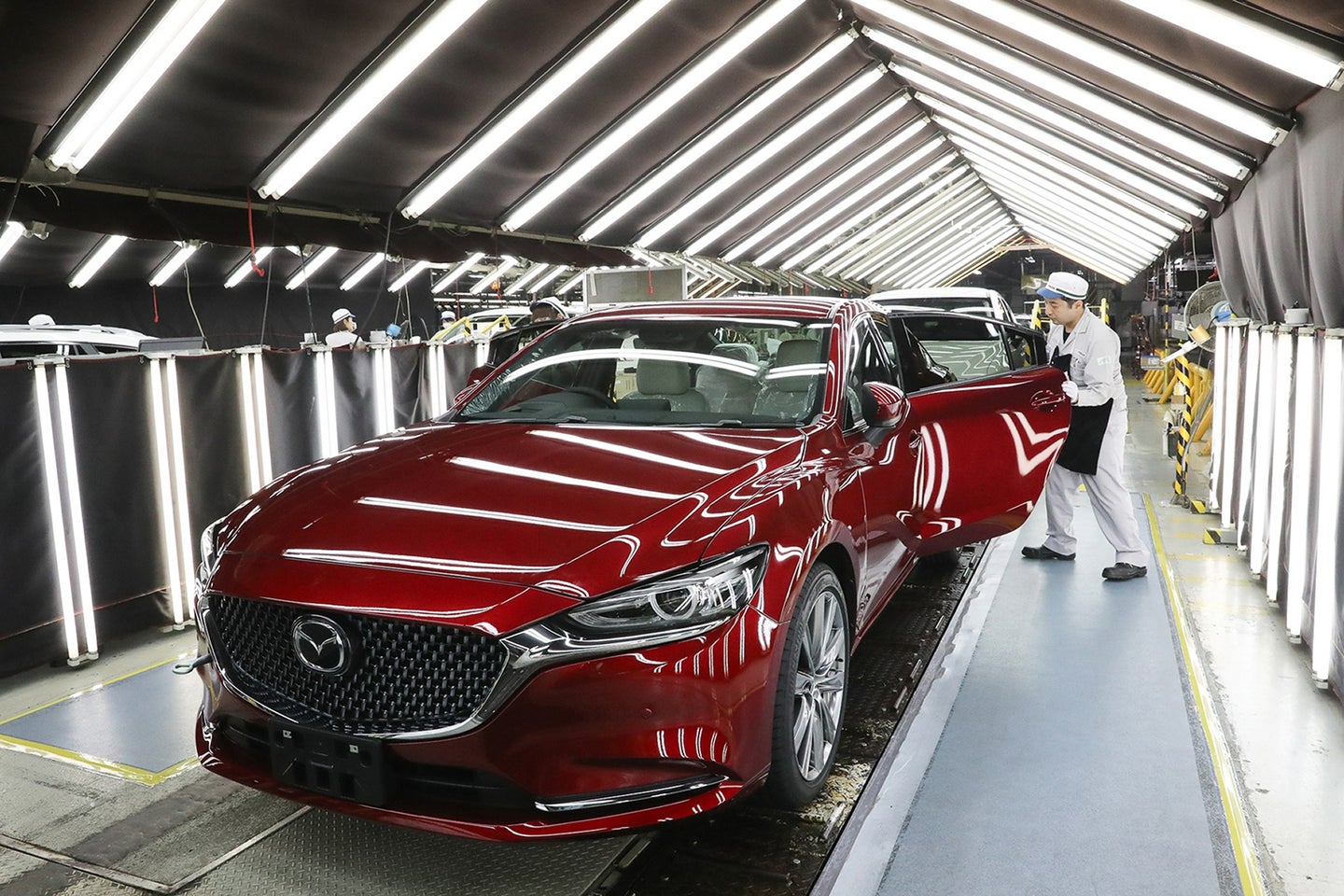 Last year, Mazda celebrated the 50th anniversary of its rotary engine. This year, on May 15, Mazda Motor Corporation announced that the total production has reached 50 million vehicles in Japan. The Japanese automaker held a ceremony at its Hofu Plant in Yamaguchi prefecture to commemorate the occasion. The 50 million-unit milestone was achieved in 86 years and 7 months.

Mazda started by building three-wheeler trucks in 1931 in Hiroshima. Production of the R360 Coupe micro-mini began 29 years later in 1960, marking its entry into the passenger car market. Twenty-two years later, in 1982, vehicle manufacturing started at the Hofu Plant in Yamaguchi, which helped splitting domestic production responsibilities between the two plants.

Its mixed production lines capable of producing different models on a single line enables the manufacturing of multiple models at low volumes. More recently, in 2016 and 2017, Mazda took the iniative to increase its production flexibility for crossover models.

The domestic plants lead the way in Mazda’s global car production. New techniques and technologies are initially established in Japan then rolled out to production facilities overseas.

Masamichi Kogai the CEO said, “Even making 1 million cars a year, it would take 50 years to reach this milestone, showing just how long Mazda’s history is.” He added, “Moving forward, Mazda will continue to build a strong brand through a variety of initiatives.

"Our plants in Hofu and Hiroshima will continue to evolve and act as parent factories, rapidly deploying their technologies and skills to our overseas plants. I’d like us all to work together to ensure these plants continue to embody the kind of technical prowess that does justice to Japan’s proud history of Monotsukuri.”

This fiscal year is the final year of its Structural Reform Stage 2 medium-term business plan and Mazda aims to sell as many as 1,660,000 cars during this period. It also plans on creating a global production framework capable of manufacturing two million units annually by March 2024. Mass-production of vehicles featuring next-generation technologies and design is slated to start in 2019.

The team’s first podium of the season at Mid-Ohio has them riding high ahead of the next IMSA round.

This milestone vehicle is an ode to fashion.