America’s best-selling three-row luxury SUV is getting a big makeover. 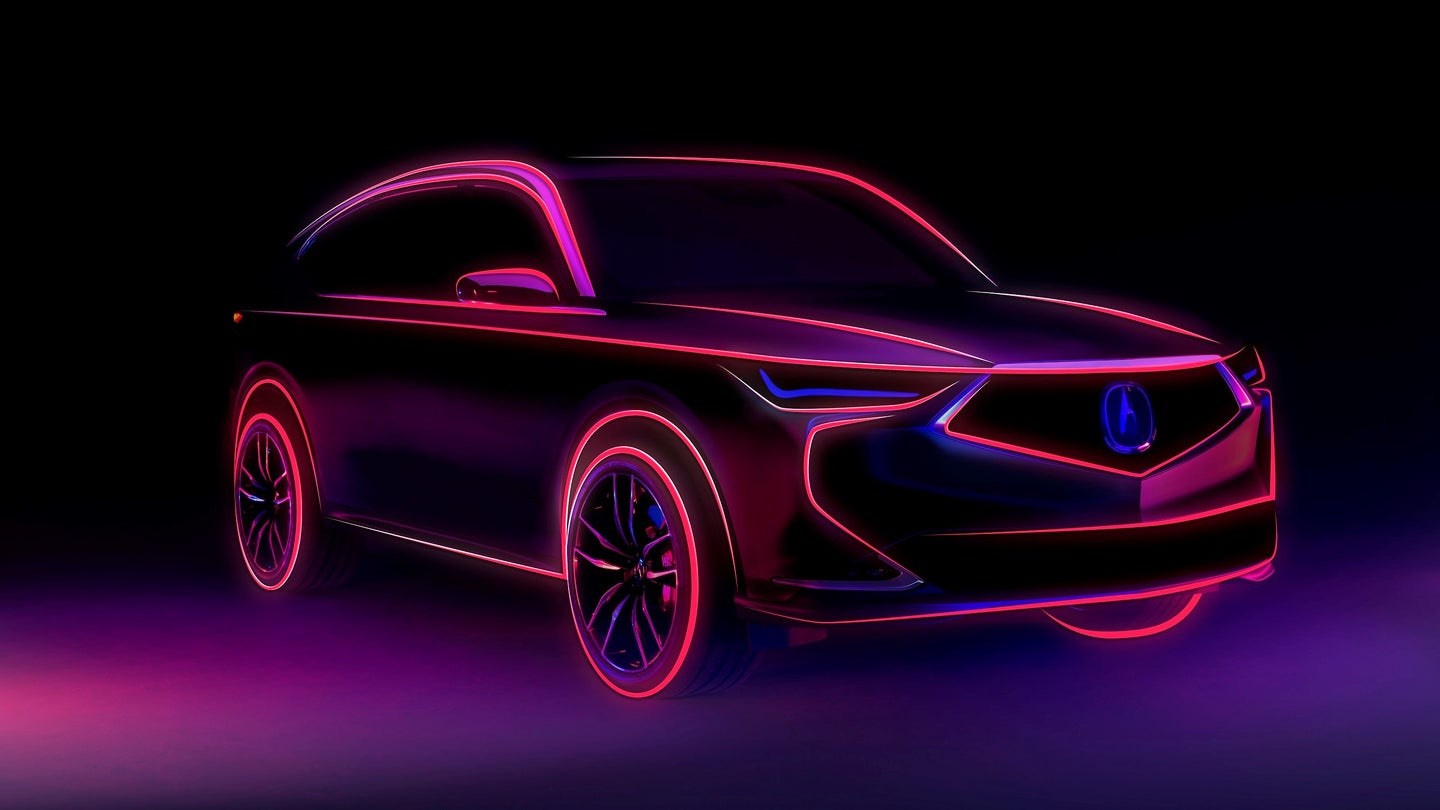 Starting with the impressive third-gen RDX and carried on with the handsomely redesigned TLX, Acura is plotting a bit of a comeback. Now, Acura is teasing an all-new MDX SUV, the third and most important stop on the company's recent get-its-act-together tour.

Selling over 1 million units and accounting for a third of all Acuras sold in the U.S. since it first came on the scene at the turn of the millennium, the MDX isn't just Acura's best-selling model, but also America's best-selling three-row luxury SUV of all time. So clearly, building a new one is kind of a big deal.

To drum up hype for the family-hauler, Honda's luxury division has released a short video as well as a neon pink-and-purple sketch that give us a rough look at the upcoming MDX Prototype, a car that itself is supposed to give us a rough idea of how the production-ready fourth-gen MDX will look when it drops sometime in the near future.

As far as when we'll see a production-ready unit, Acura refused to say.

The Acura MDX Prototype will make its official debut Oct. 14 and, according to the automaker, will show off the model's "most ambitious redesign ever."

Avid followers of Acura-related news will likely recognize this new MDX's front end and side profile that leaked over a year ago via some hidden files found in the RDX's system software, but this is our first glimpse at the SUV's backside and roof. The former appears to feature a set of taillights not dissimilar to the ones seen on the new TLX while the latter appears to sport an appropriately-large moonroof.

Proportionally, Acura says the next-gen crossover will be lower, wider, and longer than the outgoing version. Whether or not the new MDX will come with purple streaks all over the body remains to be seen, but we're doubtful. Maybe on the inevitable Type S version.