Roush will help with development work. 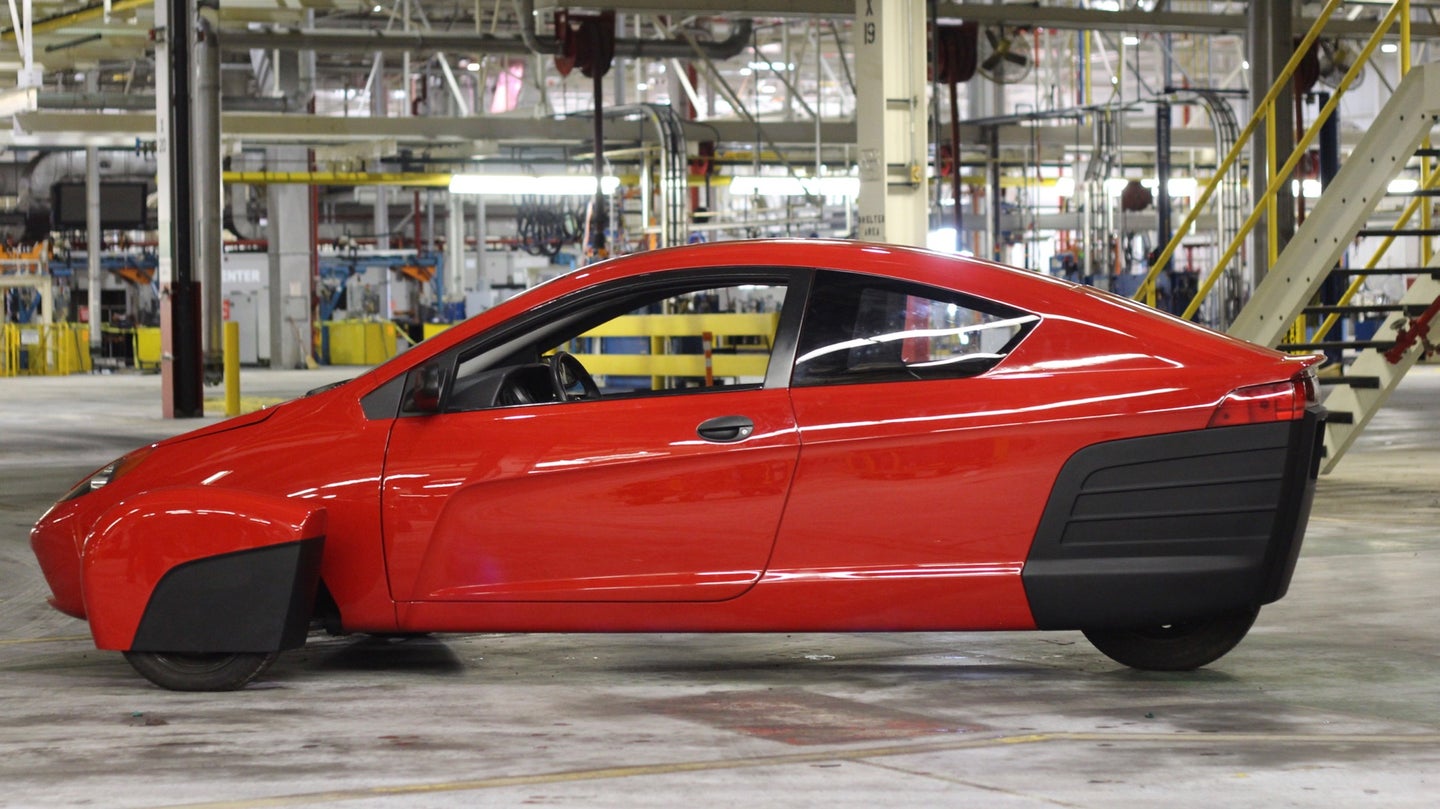 After multiple delays, it appears Elio Motors is making progress toward getting its three-wheeler into production. The company said it has signed a memorandum of understanding with an unnamed "Fortune 500 OEM" to provide a new powertrain for the vehicle. Elio has also partnered with Roush to adapt the vehicle's design to the powertrain.

"Purchasing an OEM's existing powertrain has an enormous impact on the project, it helps both expedite the timeline, and it directly reduces our capital requirement by about $120 million," founder and CEO Paul Elio said in a statement. He added that the new powertrain will nearly double horsepower, while maintaining good fuel economy. However, Elio did not offer any other details on the new powertrain.

Elio previously said it would use a 0.9-liter three-cylinder gasoline engine. The most recent specifications on the Elio website show an output of 55 horsepower and 55 pound-feet of torque, meaning the new engine should have around 100 hp. Elio has quoted zero-to-60 mph in 10.8 seconds and a top speed of over 100 mph, with fuel economy of 84 mpg highway and 49 mpg city.

Best known for its NASCAR racing activities and aftermarket performance upgrades, Roush also has an engineering arm that will be in charge of integrating the new powertrain with Elio prototypes ahead of the start of production. Although buying an existing powertrain is supposed to save time, the development work required to switch powertrains can't be done overnight. But Elio's prospective customers have gotten used to waiting.

Paul Elio founded his namesake company in 2009, and originally planned to launch the three-wheeler in 2014. But while the company was able to secure a former General Motors plant in Shreveport, Louisiana, that deadline came and went. Elio claims to have 65,000 reservations for the vehicle, but has also repeatedly claimed to be short of funds. In August 2017 it announced the sale of $100 million in stock, followed by a cryptocurrency offering earlier this month. Elio originally said it would start production 76 weeks after the latter, but the powertrain switch may delay the launch further.

The hulking 727 horsepower low-slung beast of a car finished in gloss black is known as the Hitter 5.0