Eric Lundgren will attempt to drive 1,100 miles on a single charge in a car made of 90 percent recycled parts. 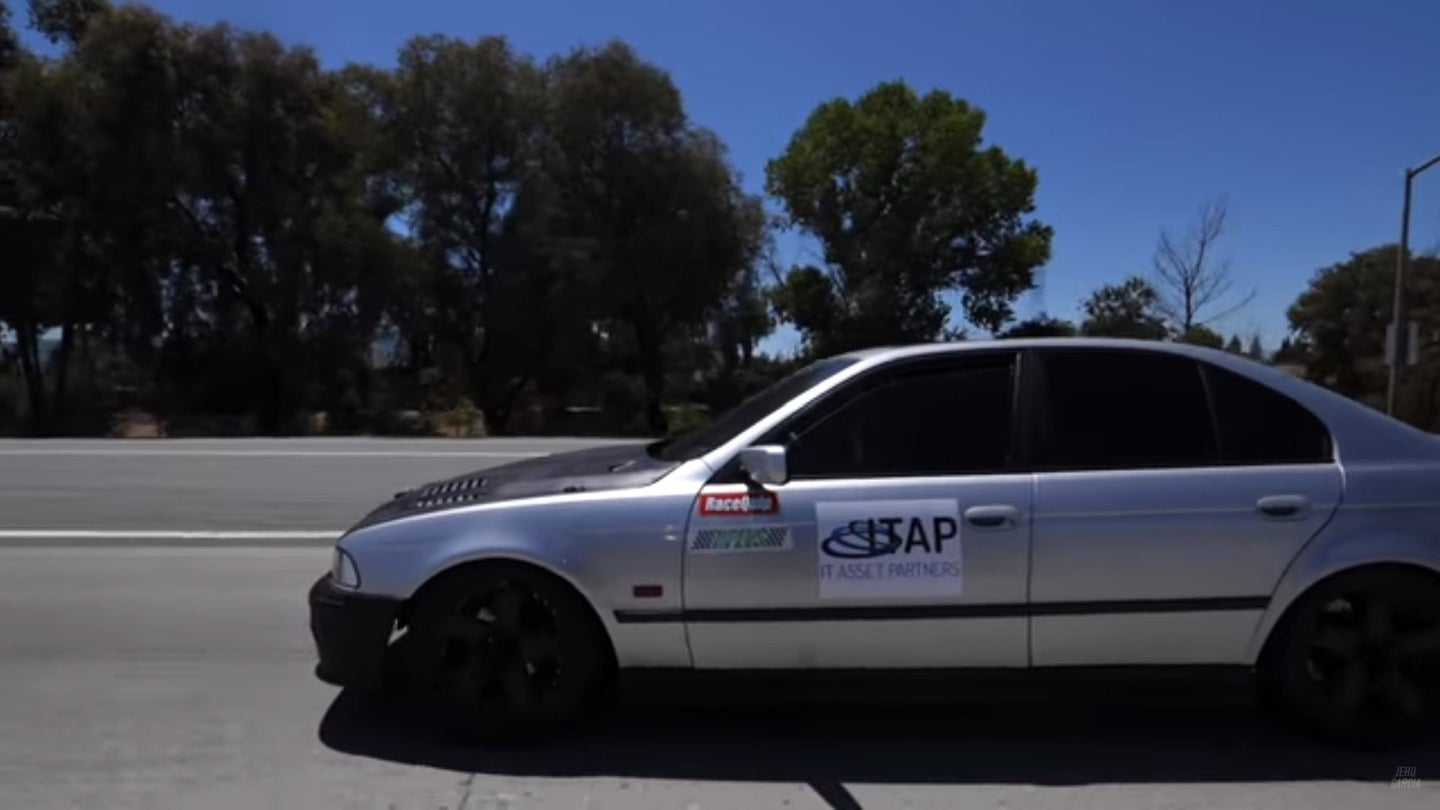 Range anxiety is, by far, the biggest concern that many people have about electric cars. Tesla has said that the Model S 100D can travel more than 300 miles on a single charge, but one Italian enthusiast stretched the range to 670 miles.

Entrepreneur Eric Lundgren intends to not only smash the Tesla record by going more than 1,000 miles on a single charge but to do so in a car that cost less than $14,000 to build and uses 90 percent recycled parts.

Actually, Lundgren already broke the record earlier this year, traveling 748 miles on a single charge in regular street driving, as documented by YouTuber Jehu Garcia. But the starts and stops of street driving, as well as highway speeds, are not the most efficient way to drive. Lundgren wants to push his homemade electric car to its mileage limit and intends to do so on Oct. 16 and Oct. 17 at the Auto Club Speedway in Los Angeles, Calif.

In an interview with Forbes, Lundgren described his car, named the Phoenix, as a 1997 BMW 528i that he barely managed to rescue from the crusher and purchased for $300 scrap value. The technology that went into the car's rebirth is similarly obsolete and discarded. The battery pack was made of salvaged cells from broken cable modem and laptop battery packs. It has a capacity of 130-kilowatt-hours. The controller came from an electric forklift, and the motor was pulled out of an older salvaged electric vehicle. The car took 35 days to build.

Recycling, rather than cars, is Lundgren's true passion. He founded his company, IT Asset Partners, to specialize in what he calls "hybrid recycling," which he has exemplified with this car. Lundgren has no intention to start building cars like the Phoenix to sell.

Rather, the project is bringing attention to what's possible with so-called obsolete parts. When batteries no longer hold their maximum charge, they are usually thrown away. But they can still be put to good use in other less-demanding applications, as Lundgren has done in the Phoenix. The same is true of smartphones, tablets, and other consumer electronics.

As for the Phoenix, application of a few basic hypermiling techniques should be all that is required to set a new mileage record. Auto Club Speedway is a simple oval track, which will enable the car to gently come up to speed, then maintain it consistently without the starts and stops of highway traffic. It can also maintain whatever speed it wants to maximize efficiency without causing a traffic jam. Considering that the Phoenix made it 748 miles on the open road, it stands a good chance of meeting its 1,100-mile goal.