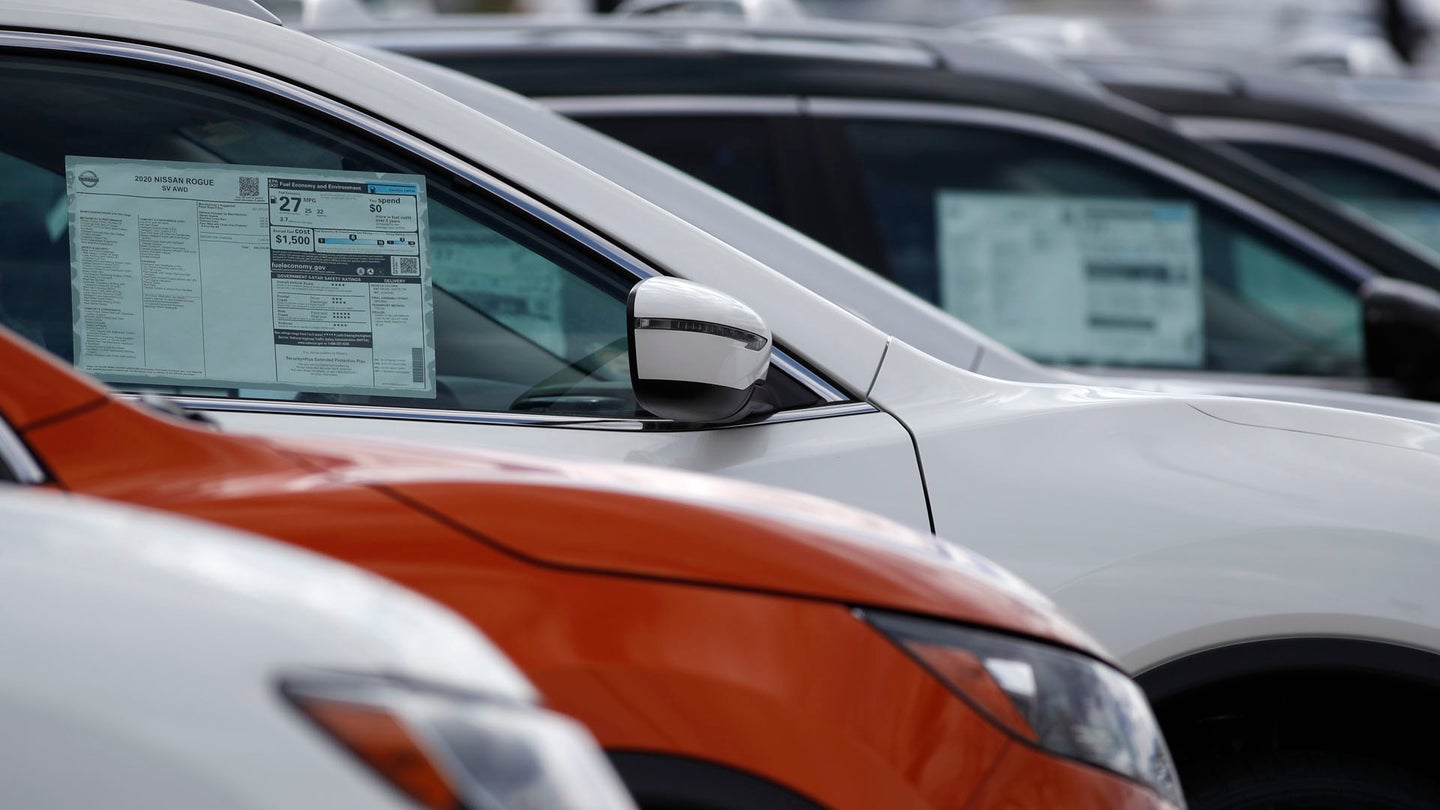 Hello and welcome back to Speed Lines, The Drive's morning roundup of what matters in transportation. The week is almost over, and that's just great, isn't it, folks? We love to see it. Today we're talking about car dealerships surviving coronavirus, Nissan's bleak future and my favorite personal topic, cruise lines.

'A Fundamental Change in the Way Cars Will Be Sold'

The auto industry has been taking painful (and expensive) steps to prepare for a radical new future of how we get around, one centered around electrification, autonomy and city mobility. But one aspect of the business that can't be bothered to change much is the car dealership model, which has largely remained the same for decades now. It's still brick-and-mortar stores, in-house financing, aggressive upselling, physical paperwork only, endless haggling, hold-onto-your-keys trickery and little league sponsorships, despite how you can buy almost anything else fully online now.

A few disruptors like Carvana and Tesla's direct-sales model have shown up, but by and large, dealerships are the same as ever, and aggressive lobbying at the state and federal level keeps their franchise model heavily protected.

But in a time when people don't want to—or can't—go outside, dealers are being ushered into the 21st century quicker than they wanted. As part of the answer to plummeting new car sales, Michigan Gov. Gretchen Whitmer is designating the state's online and remote sales people as essential, Automotive News reports:

On the retail front, the extension included a key change: Employees engaged in online vehicle sales and deliveries have been added to the list of "critical infrastructure workers":

"Workers at motor vehicle dealerships who are necessary to facilitate remote and electronic sales or leases, or to deliver motor vehicles to customers, provided that showrooms remain closed to in-person traffic," the order said.

Auto dealership showrooms have been closed in Michigan under the governor's previous order and sales mostly prohibited, while service departments have been allowed to stay open.

“We thank Governor Whitmer for understanding the needs of the residents of Michigan," the Michigan Automobile Dealers Association said in a statement detailing the new order on the group's website. "New vehicle dealers sell ‘mobility’ and that is what Michiganders need today in order to get to work, procure food, medicine and health care. This will allow us to help meet those needs.”

Then over at The Detroit Free Press, we're seeing how many dealers are rapidly shifting to more online sales—and not just inaccurate website listings with stock photos designed meant to get you into the store so they can upsell you.

The way we buy cars may never be the same, as auto dealers adjust to working under COVID-19 restrictions and customers discover they prefer the new approach, which leans heavily on internet sales and vehicle demos and could include valet-style pickup and delivery service for everything from test drives to oil changes.

“This is going to fundamentally change how people view buying a car,” said Rhett Ricart, CEO of Ricart Automotive Group in Columbus, Ohio, and chairman of the National Auto Dealers Association.

“By the end of this year, you’re going to see 80%-90% of U.S. new car dealers with full e-commerce capability in their shops” to handle everything online but the test drive and — maybe — the final signature, he said. Online deals at Ricart’s domestic dealerships have doubled during the last six weeks, he said.

The story notes that going fully online with sales will necessitate changes to the laws that require physical paperwork signatures. But dealers are optimistic lawmakers will be onboard with that, and when they do, it will represent a permanent sea change for how cars are bought in America.

Welcome to the future, car dealers. Or at the very least, the present.

As we've reported all year, few automakers are going into the COVID-19 crisis in worse shape than Nissan. You probably know why. If not, read this.

Today Reuters reports Nissan needs to become "much smaller," with an annual sales target that cuts about 1 million cars from initial estimates. That likely means production as well as individual models, though it's also struggling because its lineup is aging in some key points like trucks and crossovers. From the story:

No new sales target has been finalised and it remains unclear whether one will be formally disclosed.

But Nissan's plans for restructuring through to March 2023 should be based on the assumption that it would only be able to return to annual sales of 5 million cars by then, two sources said, adding this would entail a large reduction to manufacturing capacity.

That compares with a goal of 6 million cars for the same period outlined in July by then-CEO Hiroto Saikawa, who had already stepped back from around 8 million targeted under Ghosn. Nissan likely sold about 5 million cars in the past financial year but this year's outlook is bleaker due to the pandemic.

"For years, Nissan was looking for annual sales volumes around 7-8 million vehicles. The company has never managed to sell much more than 5 million or so," one of the sources told Reuters. "The company can no longer consider this sort of wishful thinking. The resizing issue is really being taken into account, it has a lot of consequences on operations for 2020-2022." A third senior company source said the figure could be even lower than 5 million given the impact of the virus, which has hammered car demand around the world.

So where does Nissan cut? Does it lose some sedans? Does it finally axe the ancient 370Z sports car? Is this the end of the line for Infiniti, the slow-selling, uncompetitive luxury brand that's already pulled out of Europe and has an unimpressive future product pipeline? The latter is what I suspect.

Cruises Ordered To Cut It Out

Cruise lines, the pollution-heavy, disease-ridden ships whose parent companies have found clever ways to avoid paying U.S. taxes, are facing an extended order to stop sailing by the Centers for Disease Control. The initial order came in mid-March, but this new one is expected to last longer, reports USA Today:

The CDCorder states that cruise ships can't board passengers and return to their sailing schedules until one of three events takes place:

• Expiration of the Department of Health and Human Services' declaration that COVID-19 constitutes a public health emergency.

•The CDC director's own decision to modify or rescind its no-sail decision.

•Passage of 100 days from the time the new order is published in the Federal Register.

Until then, the about 100 cruise ships in the Atlantic, Pacific or Gulf of Mexico must remain idle, either in port or wallowing at anchor, the CDC said. Those ships currently have nearly 80,000 crew aboard.

The CDC had to do something to protect these idiots from themselves.

Joe Exotic: A Dark Journey Into the World of a Man Gone Wild (Texas Monthly)

This is Your Brain on Coronavirus Dreams (Medium)

What needs to happen for car dealers to survive the pandemic?

Show us your worst/best finds for new car ownership.

The Cruise Industry Absolutely Does Not Deserve A Bailout

“We can’t let the cruise lines go out of business,” President Trump says. Sure we can!