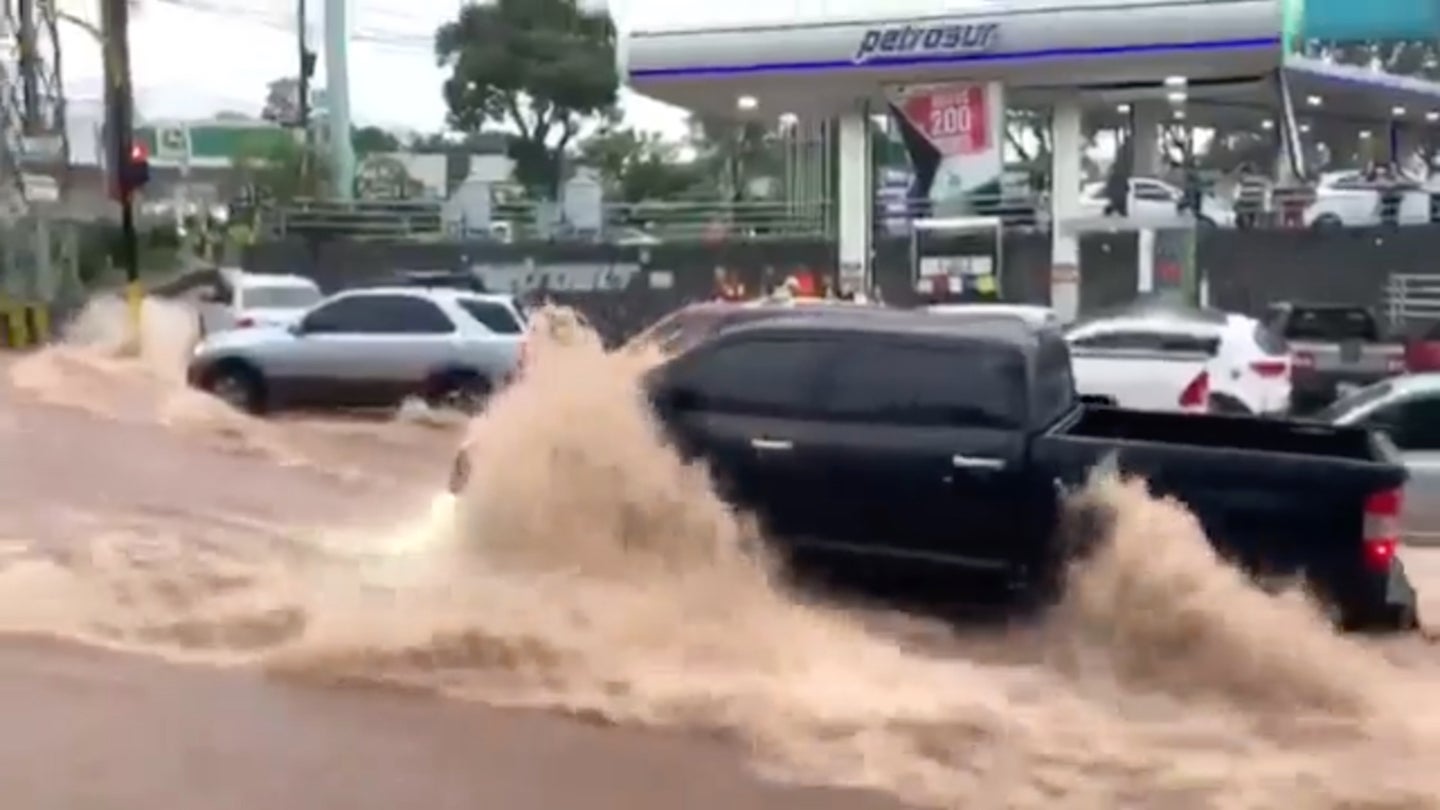 Pickup trucks aren't the most practical vehicle for most people's daily routines, especially if they live in a crowded megacity, but that doesn't mean they don't come in handy on occasion. This video of a Toyota Tundra owner in Paraguay driving through a flooded city street is proof of that.

A video posted to Facebook shows a Tundra stuck in traffic during a flash flood pull out of its lane and into the onslaught of muddy water caused by the flood. Though forward progress is slow, the truck indeed manages to move forward, almost undeterred by the heavy current. Ultimately, it escapes around a bend in the road, where the video ends. Maybe he was headed to watch Detective Pikachu, as the strategically positioned billboard shows.

The video's poster saw humor in the situation, titling the video "Toyota moving forward," a play on the Japanese automaker's marketing slogan. Others joked about their own pickups being unable to do the same, including the owner of one of Ford's new aluminum F-series pickups.

"My stupid, aluminum Ford would have floated away," one commenter said. "I tie it to my old GMC on windy nights so it doesn't blow away."

But others were concerned about whether the Tundra will escape the ordeal unscathed. While its air intake was mounted high enough not to guzzle water from the flood, and the door sills too are above the murky waters, one poster suggests that the Tundra's alternator—mounted low in the engine bay—may burn out shortly.

"And in a few days his alternator will go out," another poster chimed in. "Toyota thought putting it near the bottom of the block was a good idea, coming from a Tundra owner... [sic]"

Toyota plans to update the venerable current generation of its full-size Tundra pickup as soon as next year, and executives have hinted that the redesigned Tundra could become a hybrid. Will the hypothetical hybrid Tundra be capable of conquering the same floods as the current model? Only time will tell.