There’s a special place in hell for line-cutters. 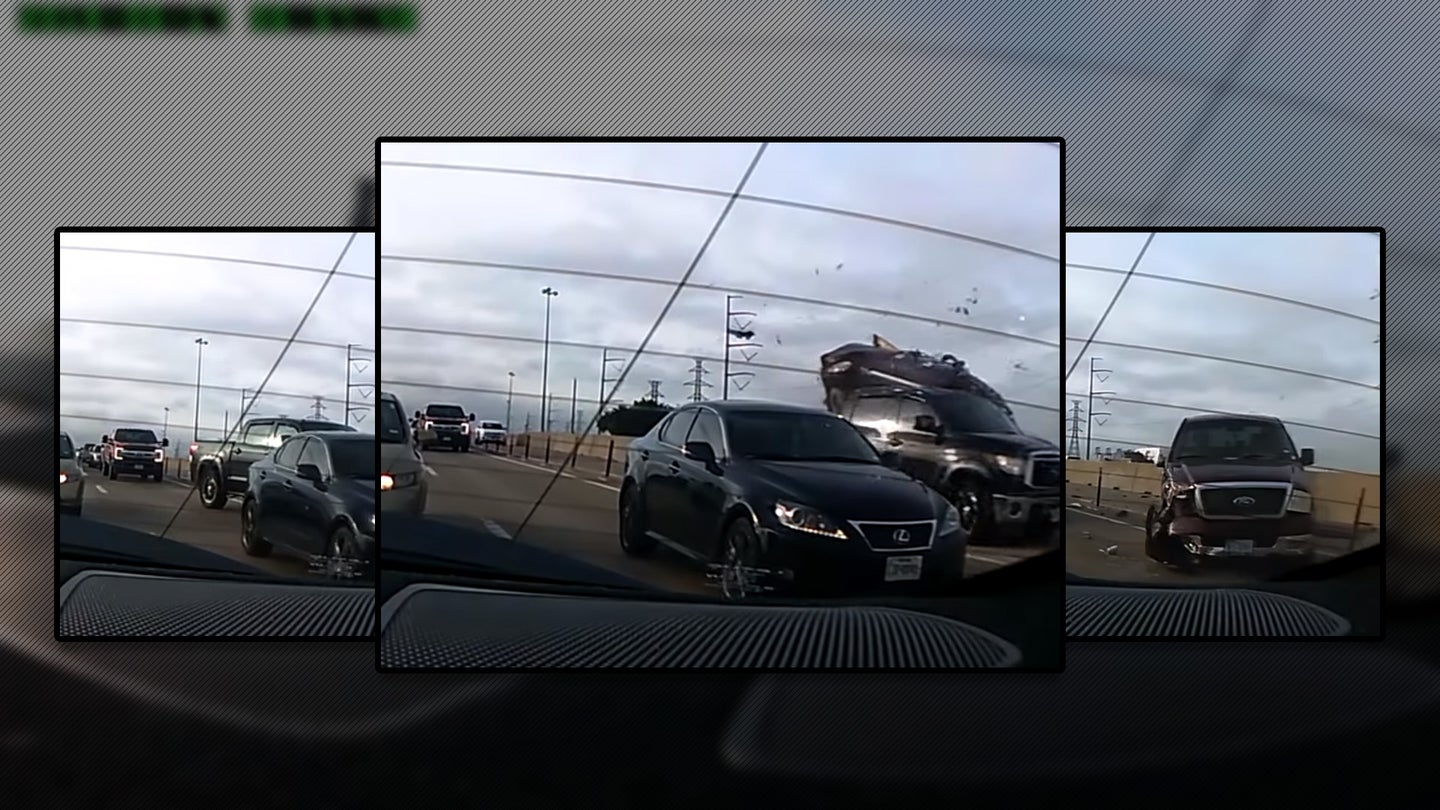 ​Traffic sucks—there's no kind way to say it. Nobody enjoys sitting in the rush hour grind, and we've all aimed to take shortcuts on side roads to avoid gridlock. But for those with the ability to make use of the High-Occupancy Vehicle (HOV) lane, traffic might be a bit shorter. Earlier this month in Garland, Texas, the driver of a Toyota Tundra attempted to join the fast-movers club by improperly merging into a neighboring HOV lane, setting forward motions that would cause an otherwise avoidable accident.

The Tundra is described as travelling "under 10 miles per hour" when he decided to merge between the delineator posts that separated the four-lane highway from the HOV lane. Almost without warning, an at-speed Ford F-150 can be seen entering the camera's view as the Tundra begins to cross into its path. The Ford immediately recognizes the obstacle and slams on its brakes, causing the front end to squat. Unfortunately the truck is unable to brake in time and slams into the rear-end of the Toyota.

As a result of the impact, the F-150 is sent into the concrete barrier and propelled upward. At one point in the video, the truck's passenger-side wheels can be seen freely in the air and its under-bed mounted spare tire is facing the camera. The driver of the Ford is certainly lucky that the pickup wasn't sent into oncoming traffic or flipped over onto its roof.

Regardless, the Tundra was likely in the wrong for entering the HOV lane improperly; a feat which must only be done at a designated entrance. In many states, the use of HOV lanes is regulated to promote positive mobility trends. In Texas, the department of transportation restricts use of the HOV lanes to passenger cars and pickup trucks (with a gross weight capacity of under five tons) carrying two or more people, as well as vans, buses, motorcycles, and emergency vehicles.

Fortunately, it doesn't appear that either driver sustained serious injuries, though both trucks appear to have suffered a considerable amount of damage. Perhaps the Tundra driver will think twice the next time they are stuck in traffic.