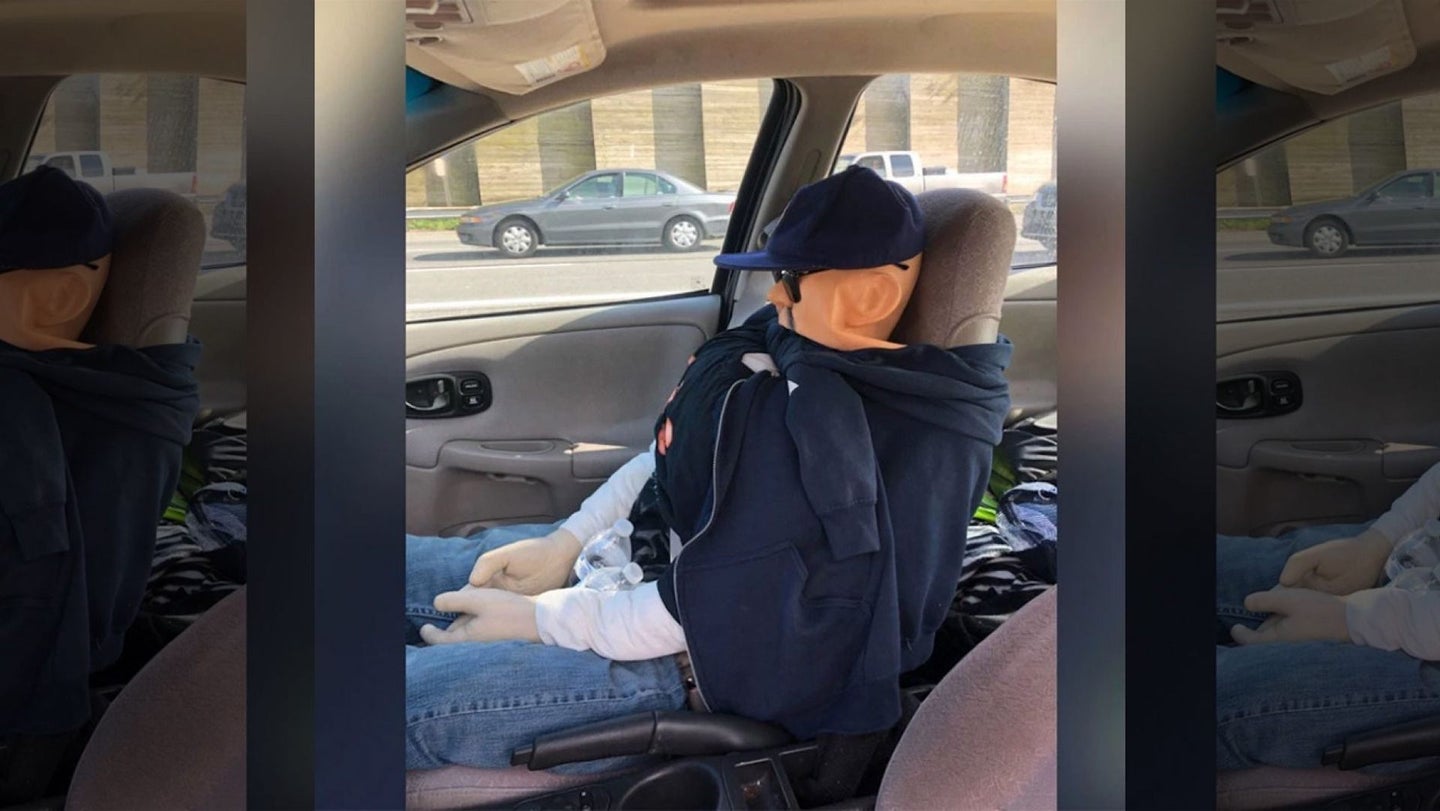 A New York man felt the temptation to illegally drive on the HOV lane and acted on it, but the results were not what he’d hoped for. Rather than pick up an actual passenger, ride a motorcycle, or drive a Clean Pass-stickered car (all things that are allowed in the HOV lane anytime), he decided a cardboard decoy was his best course of action.

According to Fox News, James Britt was pulled over by a Suffolk County officer on Monday after police suspected funny business. When the officer approached the car, he found that the driver had a mannequin wearing sunglasses, a hat, jeans, and a sweatshirt strapped into the passenger seat.  Not one to be taken for a dummy, the officer issued Britt a $150 ticket for illegally using the HOV lane. The mannequin was not charged, however.

Traffic is a fact of life for New Yorkers, and anyone who has lived there for more than a few hours can tell you that the Long Island Expressway can become a soul-sucking mass of humanity at several points throughout the day (like, all of it). High Occupancy Vehicle Lanes (HOV) were added between 1994 and 1995 running in each direction, but they’re restricted to vehicles carrying more than one person during the morning and afternoon rush hours—a real drag for all the single commuters out there.

So next time you want to avoid traffic and get wherever you're going a bit faster, do the right thing and leave Mr. Dummy at home.