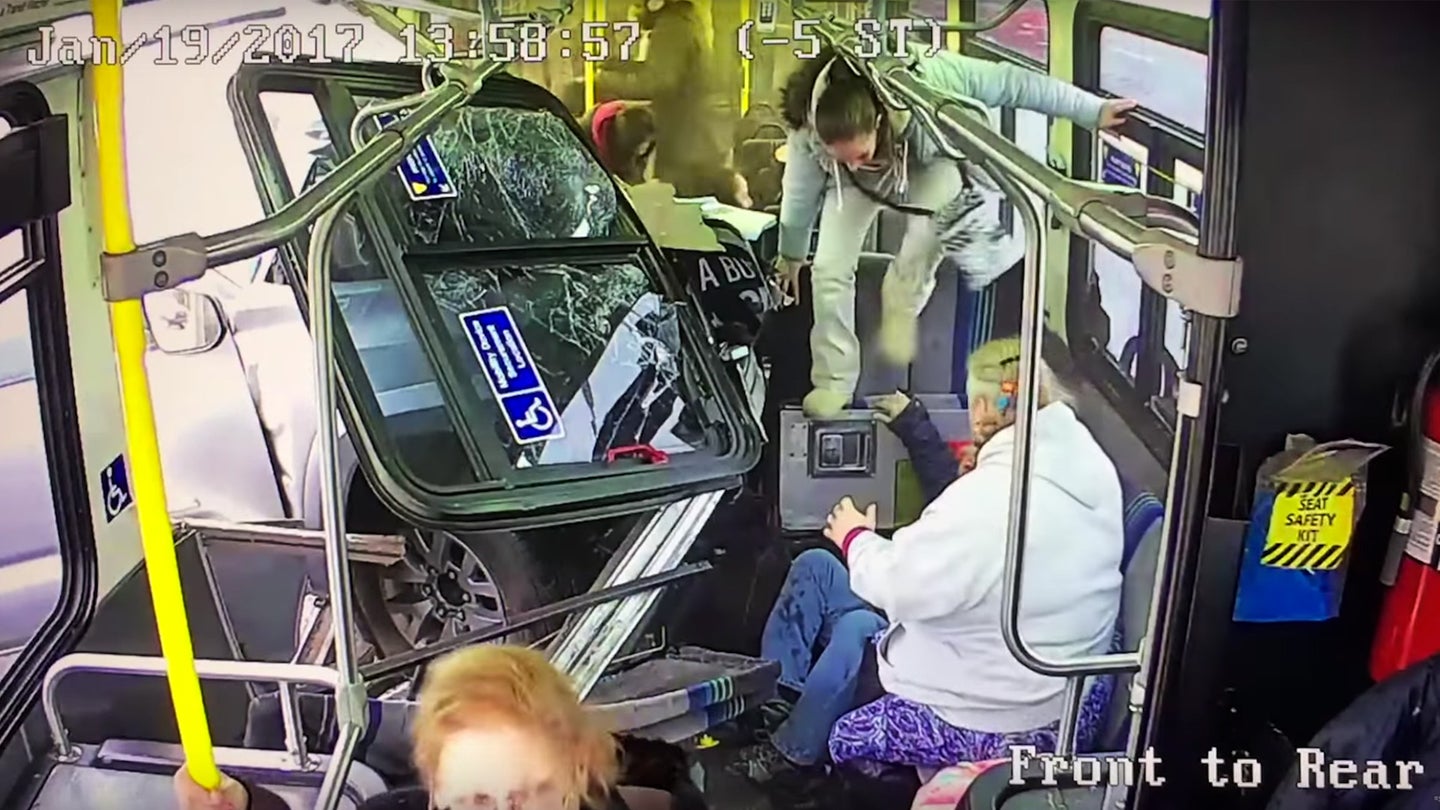 Few people wake up in the morning knowing they are going to come within inches of their own demise. However, the passengers of a Syracuse commuter bus did just that after being involved in a dramatic crash with a truck.

Last week, the passengers of a Syracuse, New York bus were minding their own business, when all of a sudden a Toyota Tacoma comes barreling through the side of the bus. As the truck makes, er,, "significant compartment intrusion," the passenger wearing a Canadian tuxedo is rocketed across the aisle and into the opposite wall of the bus. Miraculously, he was not injured in the violent event—and nor was anyone else. However, the bus driver and Tacoma passenger were both treated for non-traumatic chest pain.

This is where an interesting display of “fight or flight” come into play. A lady wearing a light blue jacket in the second row of forward-facing seats goes straight into flight mode and literally climb/jumps over the man that was a human projectile just seconds ago. It is just fascinating to see how people behave differently in times of crisis. Some will stay and fight (or render aid) while others will instinctually flee to safety.

The real MVP of this video, however, is the lady wearing the white sweatshirt and purple floral dress. Her facial expressions seemed to have alerted Mr. Canada (The Drive's nickname for the denim-clad man) enough for him to start moving away from the window, and seconds after the crash she began checking on him.

Long story short: Everyone on that bus brushed by death at the door, then said goodbye and didn’t call him back.