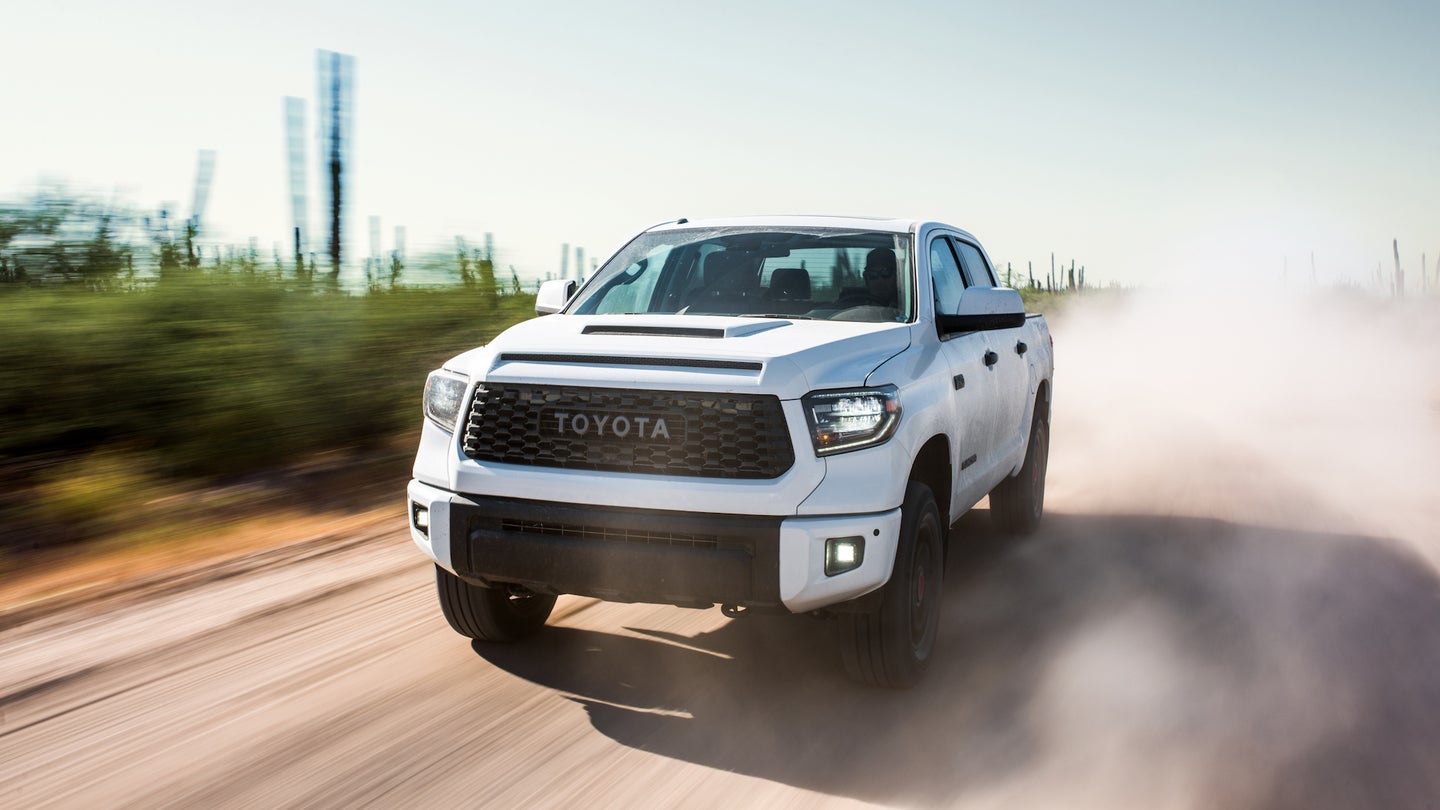 A Toyota spokesperson announced at the 2019 Denver Auto Show that the next generation of its aging, yet capable full-size Tundra pickup is in the works, and that there will be serious alterations made to the truck.

"I can tell you that we are constantly in development for the new products, Tundra is in development, but I have no idea when we plan to launch, but I would also recommend to keep your eyes peeled on that vehicle if you see any information come out, because expect some big changes on Tundra the next time around," said Toyota spokesperson David Lee in a presentation Wednesday.

Toyota's Executive Chief Engineer of Trucks and Commercial Vehicles Mike Sweers was recently quoted in an interview stating that the upcoming Tundra will need to reduce its greenhouse gas emissions, hinting that the next Tundra may be a hybrid. Neither Sweers nor Lee have said when we'll know just what will be different with the new Tundra, but Lee pointed to Toyota's past pickup truck product cycles as a way to extrapolate when it may arrive.

"Generally, our pickup trucks normally run on a seven-year life cycle, but don't hold us to that," Lee said. "Now, the Tundra, you could have an argument about generations, but the last major change was [sic] in '14, as a '14 model, so realistically, it's getting close [to replacement]."

By that measure, the next Tundra could launch for the 2021 model year, likely in late 2020 or early 2021, though this historic product cycle does not preclude it from launching a year or two in either direction—be it the 2020 model year, or even as far out as the 2023 model year. Toyota's other, smaller pickup, the Tacoma, could also be replaced around that time.