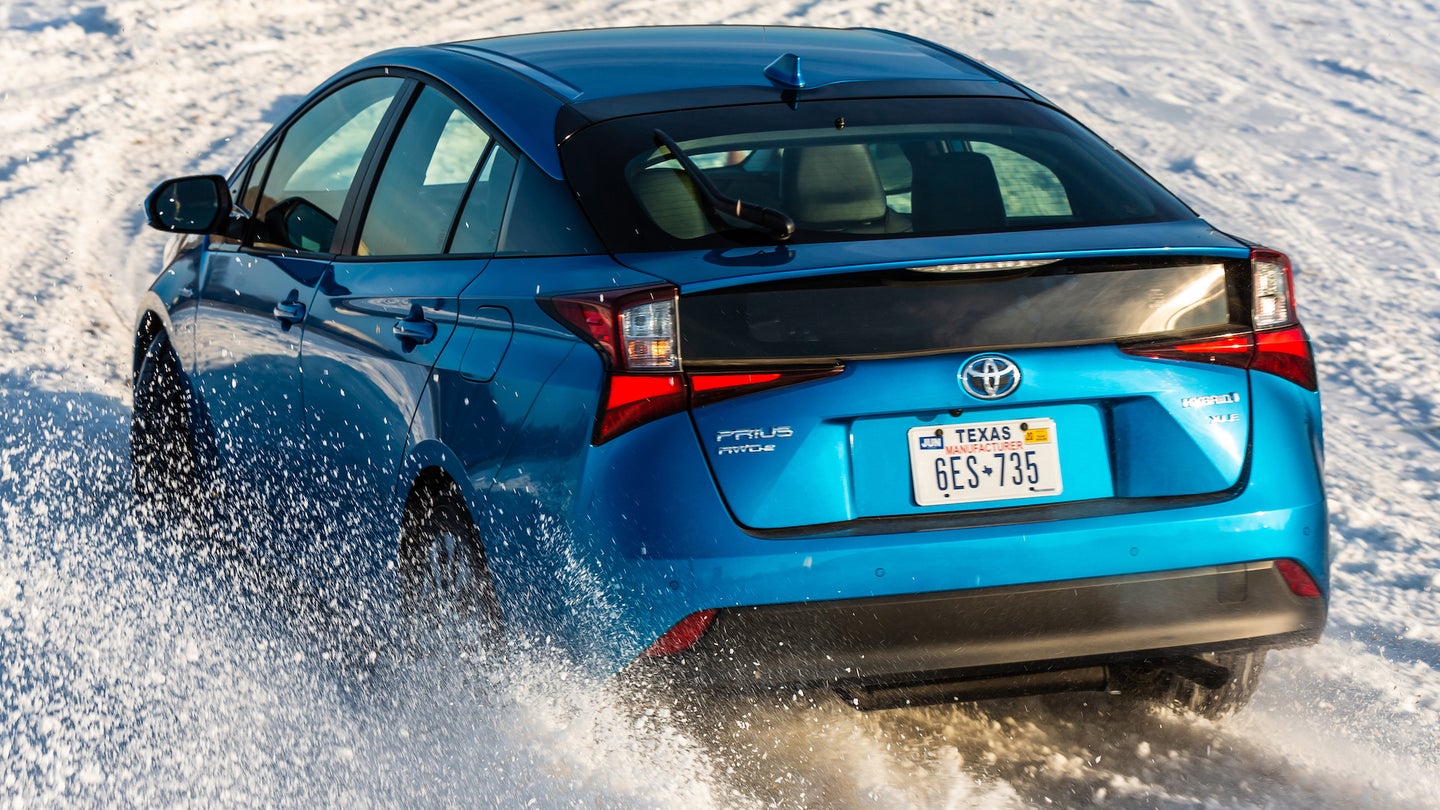 Toyota introduced electric all-wheel-drive (eAWD) at the 2018 Los Angeles Auto Show on the Prius AWD-e, with its clever and electronically controlled rear axle, but that doesn't mean mechanical AWD is going away.

A Toyota spokesperson explained at the 2019 Denver Auto Show that this setup has significant advantages over mechanical AWD systems, but hinted that it's a feasible addition only for existing hybrids at present.

"I don't know if I would see it as a substitute for mechanical all-wheel-drive," said David Lee, when asked by The Drive about the future applications of both systems. "But I gotta tell you, I think there are some advantages to the electric version of that. We can computer-control it even more finely than we do with a clutch-driven, computer-controlled gas all-wheel-drive system, we have better control over [what the system is doing]."

"I would suggest that it also affect vehicle performance in a positive way more than negative; we don't tend to sacrifice as much fuel economy with electric all-wheel-drive, where[as] a gas model version of that, you've got more driveshafts to turn, more weight, they tend to produce less performance and less fuel economy," added Lee.

"I think what you're going to see is we will continue to try to offer electric all-wheel-drive on our hybrids as appropriate," Lee concluded. "I think on our gas models, I wouldn't anticipate a gas front-wheel-drive with an electric back end."

Toyota North America's general manager Jack Hollis stated at the reveal of the Prius AWD-e that he hopes to see wider propagation of AWD throughout Toyota's lineup, though Lee's statements suggest this will probably consist of mechanical AWD systems for many Toyota models. Additionally, this conflicts with rumors that a hybrid Toyota Corolla GR—which some have suggested to have an electric rear axle—is in the works.

For now, the only vehicle on which we'll see AWD-e is the Prius, though the possibility of similar AWD-e systems on other models, like the Corolla, Camry, or Avalon hybrids, is enticing.

A sportier Nissan Leaf? That’s gonna be a Nis-no.

Mazda Hybrids Will Only Be Offered When Needed, Not Expected in US for 5 Years

Mazda North America CEO believes its already fuel-efficient engines will allow the company to adopt hybrid tech when and if regulations require it.