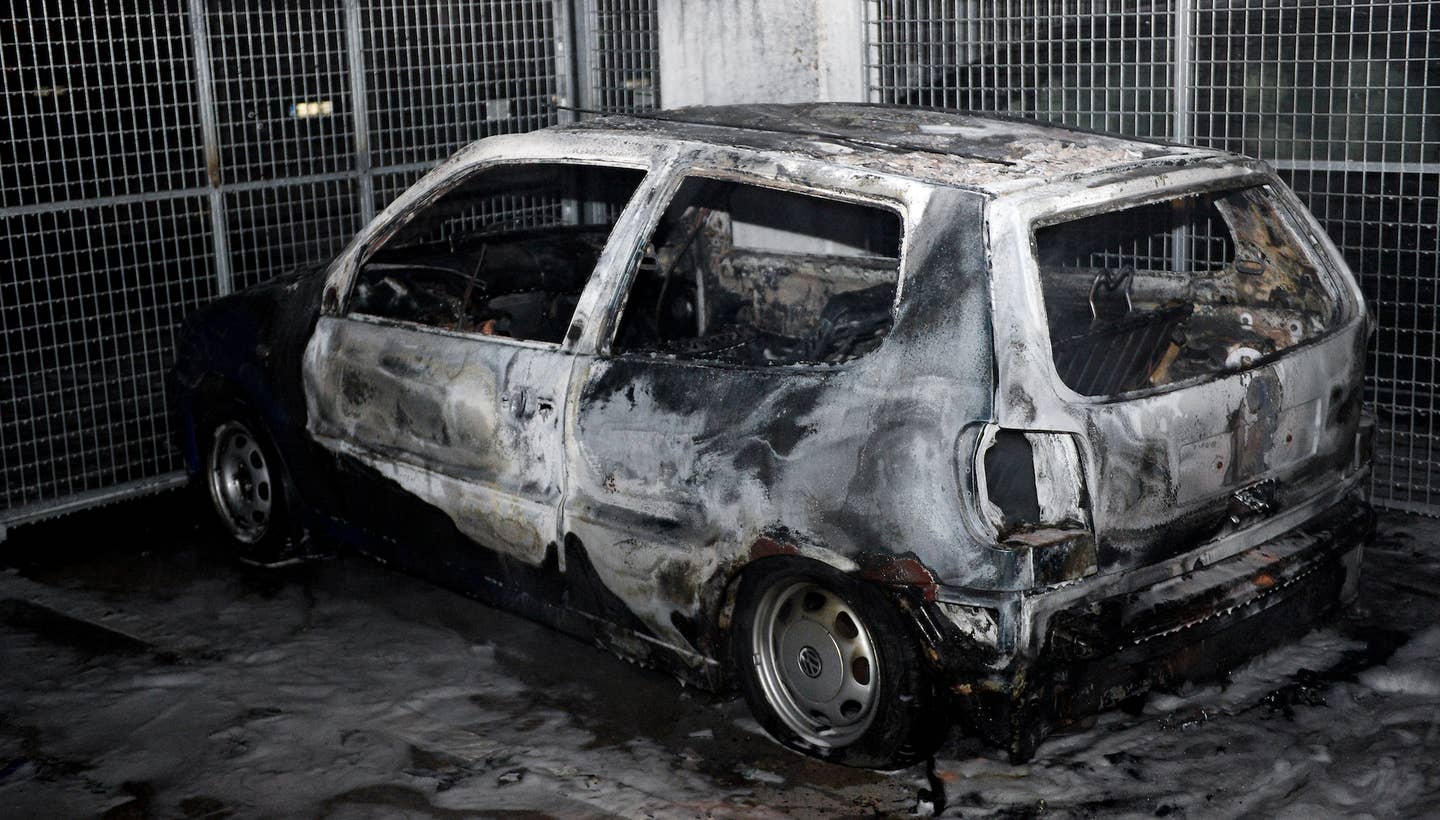 Malmö, the third-largest city in Sweden, is currently in the thralls of a bizarre epidemic: Car fires. According to local news reports, officials in the southern municipality have recorded more than 70 vehicle burned since the beginning of July. Stranger still, nearly all of them have been deemed intentional.

This is a legit arson spree, and a prolific one at that. Consider the week of August 1-8, when 23 cars burned up. Or Friday, when a staggering 16 vehicles were torched overnight. The attacks have spread out over a number of areas, though Rosengård, a rough part of town, has gotten the brunt of the damage.

Nobody has taken responsibility for setting the fires. Law enforcement officials don’t have any leads, save for some “young people” seen fleeing one crime scene on a moped. (So everybody in Sweden, basically.) They’re also baffled about motive. The local police spokesperson says there hasn’t been “any major social unrest” in the town, which is home to some 320,000 people. The breadth and random pattern of the crimes suggest these aren’t personal targets, either. That’s left officials, citizens, and members of the media all scratching their heads.

“All our stations are overloaded,” Magnus Johansson, the city’s fire chief, told Sveriges Television. “The whole of the Malmö force is out extinguishing car fires.”