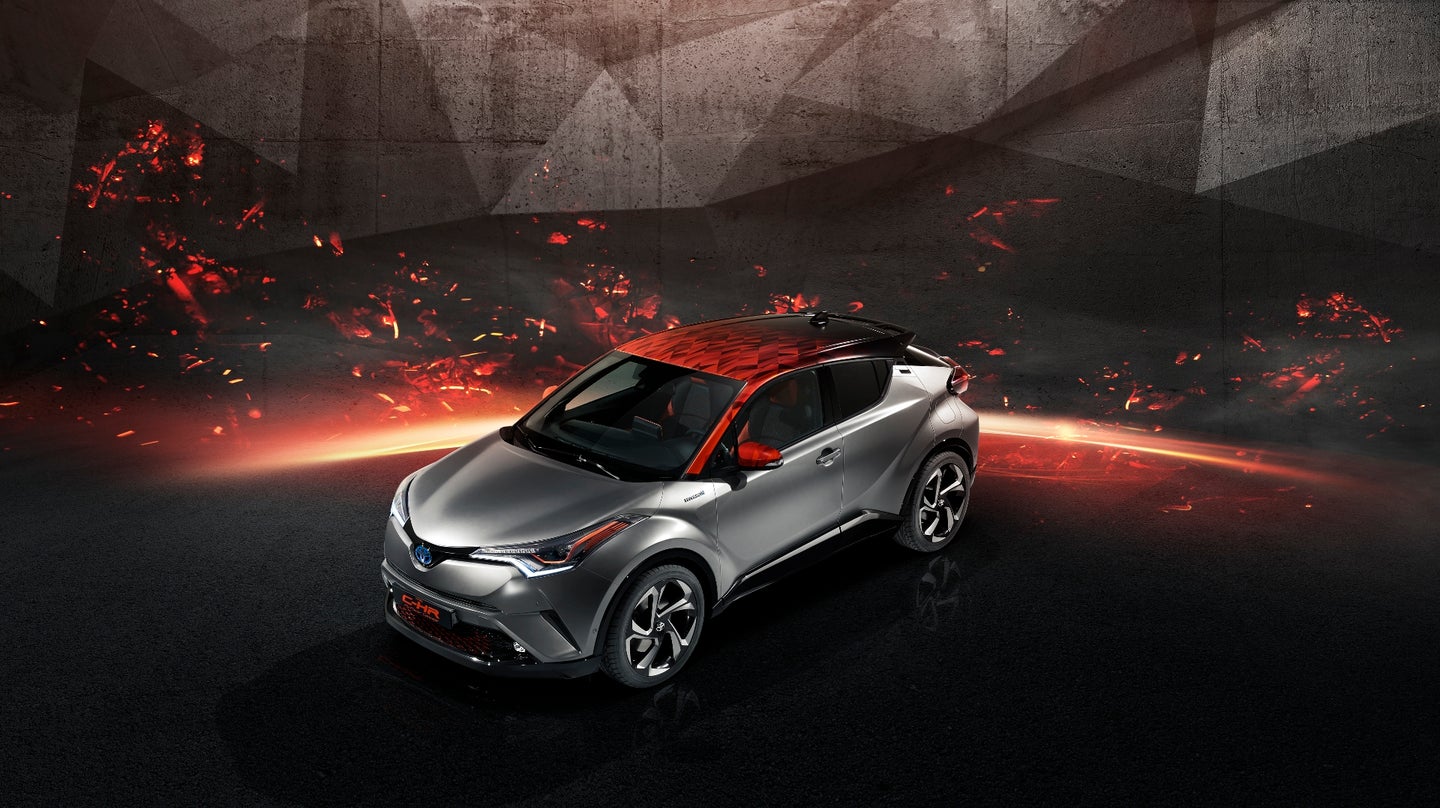 A Toyota spokesperson revealed at the 2019 Denver Auto Show that the company has considered, but would be challenged to make an all-wheel-drive version of its subcompact C-HR crossover.

Originally a Scion project, the C-HR was appropriated as a Toyota product when the youth-oriented marque was deemed a failure and discontinued in February of 2016. It was envisioned as a small, affordable lifestyle vehicle with a crossover-coupe body style meant to appeal to a younger demographic. Most importantly, Toyota saw the C-HR as an exclusively urban vehicle and only sells it with front-wheel-drive which, compared to all-wheel-drive, is lighter, more efficient, and cheaper to produce. Nevertheless, soaring consumer interest in AWD has Toyota regretting that it didn't design the C-HR to be more compatible with the system.

"I guess [in] hindsight, it'd be nice to have an all-wheel-drive in one of those, and I know we're considering that—I don't know where we are in the process," said Toyota spokesperson David Lee on Wednesday, during the same presentation that he confirmed a new generation of Toyota's full-size Tundra pickup to be in development.

"The engine that currently resides in that car is not compatible with our all-wheel-drive systems, so we need to either engineer the all-wheel-drive side of it, or figure a new power plant, or a different one, perhaps," continued Lee. "That is something we've had under study for a while, but I gotta be honest with you, I don't know where we stand in that situation, but being a Denver resident, here, I would hope we would have it at some point in time. It'd really broaden that car's appeal, it's a great vehicle."

C-HRs sold in North America are powered by a 2.0-liter, naturally aspirated 3ZR-FAE four-cylinder engine, which doesn't bolt up to any current Toyota AWD system. Some C-HRs sold internationally do have AWD, but only as paired with a smaller, turbocharged 1.2-liter engine, one unavailable in the U.S.

While nothing obvious stands in the way of Toyota homologating the 1.2-liter engine with American authorities, the combination of low displacement and AWD would make C-HRs equipped with this combo dreadfully slow; an acceleration test conducted by Car Question depicts this spec of C-HR doing 0-to-60 in about 12 seconds, and in a country where pizzas are free if not delivered in a half-hour, that's simply too slow to work. If only the 600-horsepower C-HR R-Tuned was a showroom model.