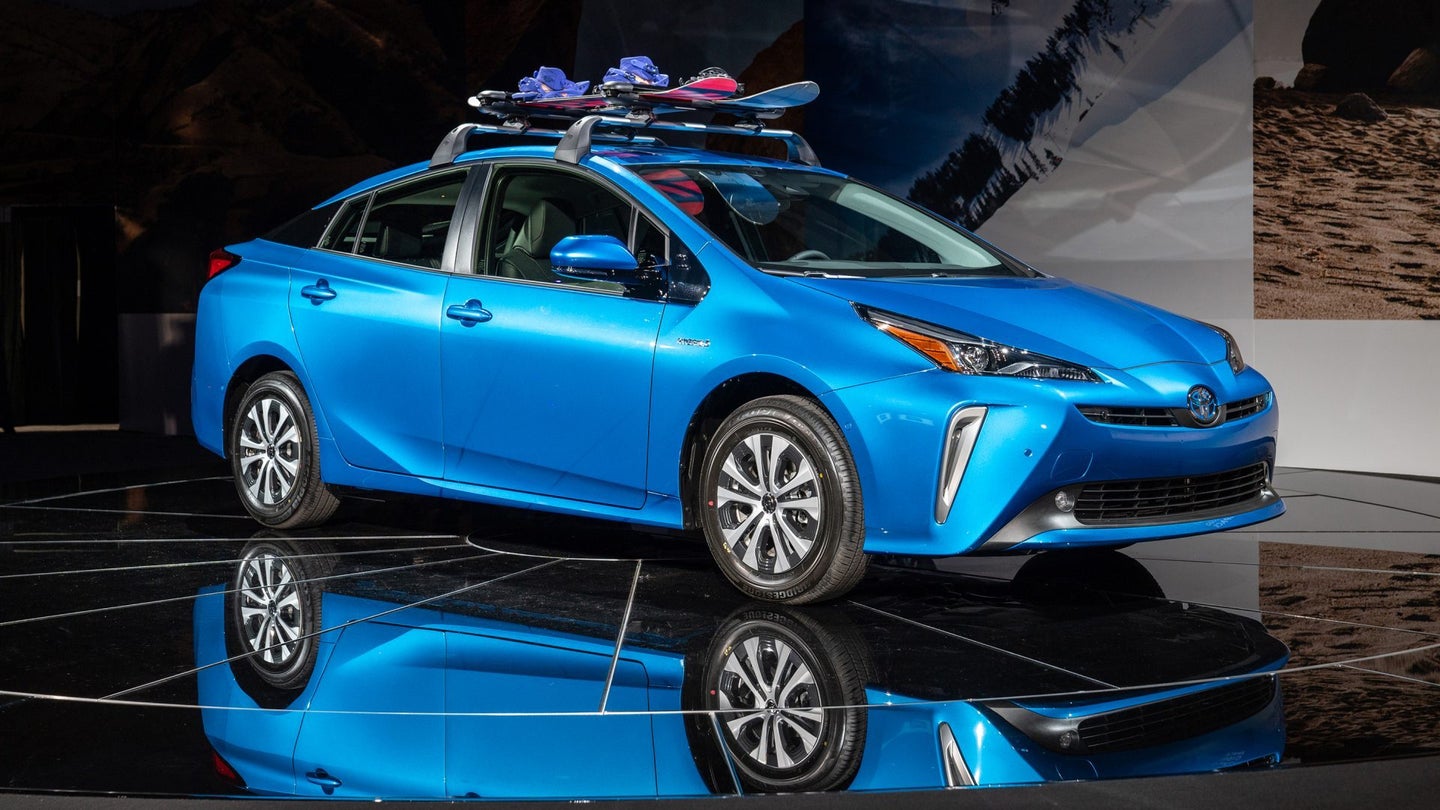 In its conference at the 2018 Los Angeles Auto Show on Tuesday, Toyota revealed its first-ever all-wheel-drive version of its Prius hybrid sedan: the AWD-e.

Available starting with the 2019 model year, Toyota touts the Prius AWD-e as one of the most efficient AWD vehicles on the market, with an estimated 52 miles per gallon city, 48 highway, and 50 combined. Its powertrain retains gasoline- and electric-driven front wheels, but adds an AC induction electric motor to the rear axle for part-time AWD, as conditions demand. The rear axle normally provides power up to 6 mph, but will in some conditions be active up to 43 mph. Thanks to its cavernous interior, most Priuses are more capacious than the compact crossover pretenders invading the market, and with AWD, it'll be just as capable in low-grip conditions.

For context, the base, front-wheel-drive Prius can score 58 mpg city and 53 highway, for a combined total of 56 mpg. If shopping for FWD hybrids, however, compare the Honda Insight while on the hunt—its mileage is comparable, but image less ostentatious.

Those who want to fly under the radar can also opt for the modest Corolla Hybrid, which Toyota announced alongside the Prius AWD-e in Los Angeles. Toyota states that it too gets an estimated 50-plus mpg, though whether that figure is combined or city alone is unclear.

Toyota is reportedly interested in making the hybridized Corolla into a fun-to-drive hot hatchback, so depending on the sort of recreation you want from your Toyota hybrid, the Corolla could again be your vehicle of choice. If you must have AWD and hybrid power, but don't want one of the market's countless crossovers, then the Prius AWD-e may still be the ticket.

2018 Toyota Prius C: The City-Dweller's Hybrid With Sporty Styling (But No Real Sportiness)
The Drive
MORE TO READ