Toyota Sharing 24,000 Patents Worth of Hybrid Vehicle Knowledge With Competitors

On top of that, Toyota is allowing the other automakers to utilize these patents royalty-free. 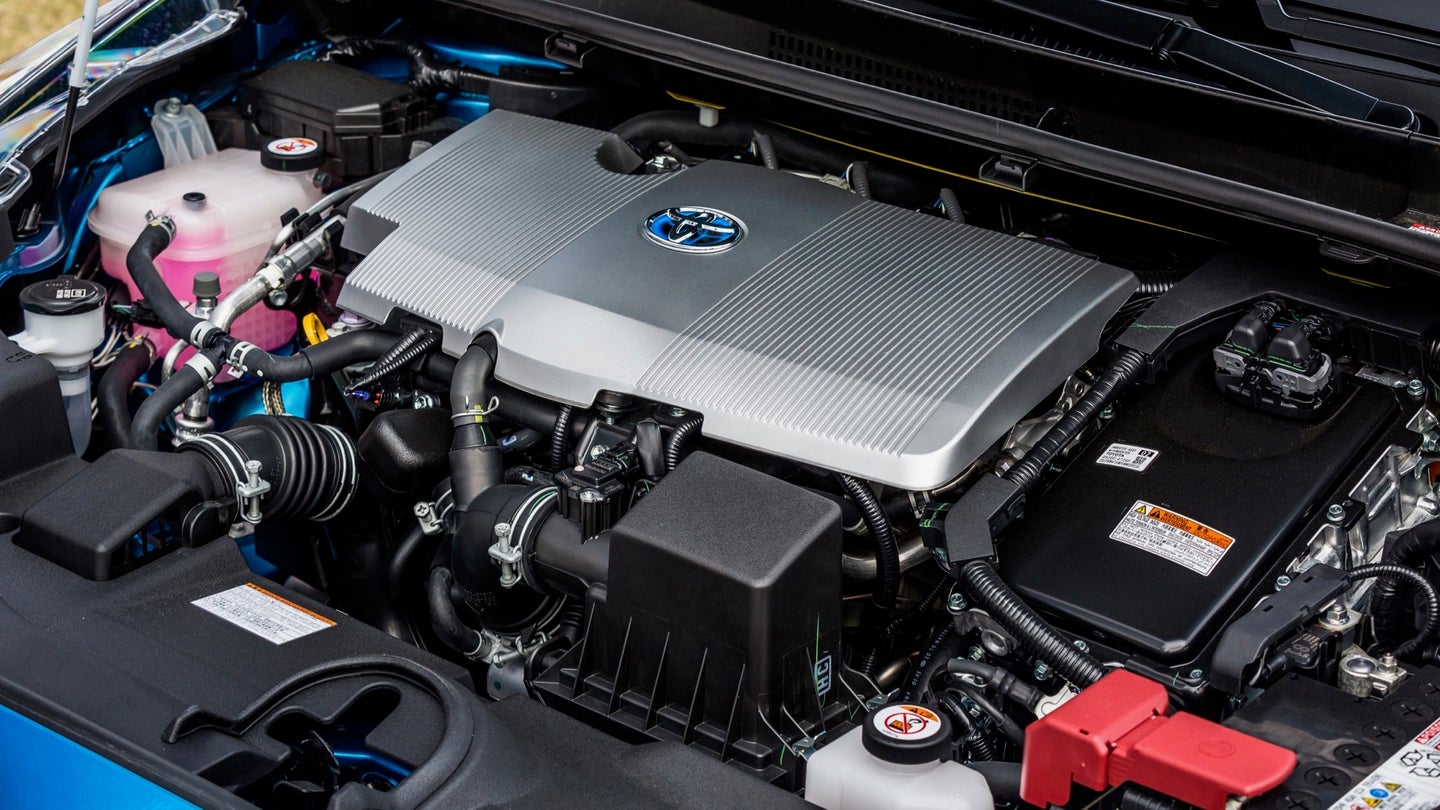 Toyota is synonymous with hybrids. Starting with the launch of the first-generation Prius in Japan 22 years ago, the automaker has taken hybrid powertrains from a curiosity to a mainstream commodity. Now Toyota wants to share its hybrid knowledge with competitors. It will make 24,000 patents related to hybrid powertrains and related tech available royalty-free.

Toyota said it would grant royalty-free licenses on its patents to other automakers through 2030. It will also offer technical consultations for a fee. The goal is to increase the proliferation of hybrid vehicles by making it easier for other automakers to adopt the technology.

"Based on the high volume of inquiries we receive about our vehicle electrification systems from companies that recognize a need to popularize hybrid and other electrified vehicle technologies, we believe that now is the time for cooperation," Toyota Executive Vice President Shigeki Terashi said in a statement.

This isn't the first time Toyota has offered intellectual property to other automakers. In 2015, it pledged to offer access to its hydrogen fuel-cell patents royalty-free through 2020. Subaru also contracted with Toyota to use the larger automaker's plug-in hybrid tech in its Crosstrek Hybrid. That was likely a cheaper option than developing a plug-in hybrid powertrain in-house, an important consideration for a smaller automaker like Subaru.

The motivations for sharing hybrid patents may not be purely magnanimous. Reuters notes that Toyota faces competition from all-electric cars. While Toyota has discussed launching an electric car using cutting edge solid-state batteries, other automakers have taken the lead in this area. Getting other automakers to adopt its hybrid tech may help Toyota maintain its position as the leader in green cars.

Hybrids have become more common over the past two decades, but are still far from the norm. They account for just three percent of global new-car sales, with Toyota accounting for 80 percent of that volume, according to Reuters. That's about twice the market share of electric cars, but just a drop in the bucket compared to conventional gasoline and diesel powertrains. Stricter global emissions standards have some automakers doubling down on both hybrid and electric cars, though, so Toyota's decision to release its patents couldn't come at a better time.