Toyota buys into Tesla’s Taiwanese motor component supplier Fukuta, as it builds toward its vision of becoming an EV systems supplier. 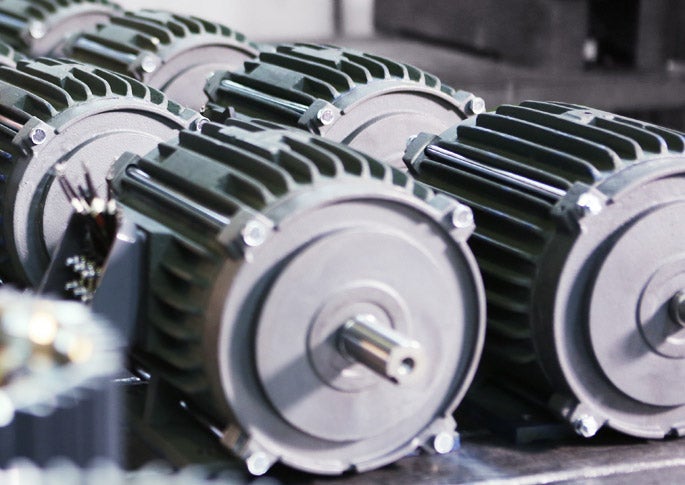 That Tesla is superior to asleep-at-the-wheel “dinosaur legacy carmakers,” and that there is nothing to fear from global OEMs ripe for disruption, is a core belief of the cult of Musk. The dogma could experience a few jolts once word gets around that the motors in past and possibly future Teslas come from a company that is in the hands of one of the world’s largest automakers, Toyota. It will come as a further shock once it is known that the same Toyota is gearing up to become a leading systems provider in the EV space, aiming to provide automakers the world over with everything EV, from batteries all the way to cloud computing.

Unnoticed by most of the media, Toyota Group company Tsusho a month ago bought an unspecified stake in Fukuta, a Taiwanese manufacturer of motors for electric vehicles. It also turns out that Toyota Tsusho, the trading arm of the Toyota group, has already been responsible for sales and marketing activities for Fukuta products since 2017. If Fukuta rings a bell – the company has been at the heart of a drawn-out controversy between Tesla-believers and detractors.

Another core belief of the cult of Musk is Tesla’s vast vertical integration, and that it of course makes its own electric motors. A few years ago, there were press reports in Taiwan that Fukuta was in fact the supplier of those motors, or at least essential parts thereof. Tesla’s vertically integrated honor was sullied, and the company’s ardent followers congregating at the Tesla Motors Club went into full denial, never mind that there are shipping records documenting that Fukuta Electric & Machinery Co. was a supplier of Tesla, Motors, Inc. for many years, and that the bills of lading clearly specified ‘motor parts’ as the cargo. In 2016, Fukuta proudly announced that Tesla’s JB Straubel visited Fukuta with the good news that Tesla’s “sales target is 500,000 units in 2018 and 1 million units in 2020,” whereupon Fukuta promised “to build three factories in response to the demand.” That again went mostly unnoticed by the media, also because Fukuta’s press-release referred to JB in his chinesified name “Shi Taobai.”

Toyota’s investment into the Taiwanese motormaker is just one step on Toyota’s road to becoming the world’s leading supplier of EV components and systems. One of the hurdles slowing down widespread adaption of electric vehicles is a relative lack of scale, translating into high prices, translating into a further lack of scale. By making its components available to other automakers, Toyota plans to scale-up faster. The company is bringing its own considerable scale and experience to the party. Two years ago, Toyota celebrated 20 years of the hybrid Prius, along with global cumulative sales of more than 10 million hybrids. Meanwhile, there are 33 hybrid models in Toyota’s global portfolio, and next year, Toyota want to bring cumulative hybrid sales to 15 million units. Tesla’s true believers may reject hybrids and plug-in hybrids as impure, but there is no debate that hybrids have everything an EV needs: batteries, inverters, electric motors.

A few weeks ago, Toyota’s EVP Shigeki Terashi discussed Toyotas plans to become a worldwide supplier of EV systems and components with a small group of reporters assembled at the company’s Tokyo HQ. Attendance was curtailed by the fact that most journalists instead went to Nissan’s extraordinary shareholders meeting, where incarcerated ex-Chairman Carlos Ghosn was officially removed from the board. I also didn’t go, I celebrated my birthday at a beach in Thailand.

The few scribes that made the meeting with Terashi didn’t quite get the message so nothing was written. It fell to Martin Koelling, man-in-Tokyo of Germany’s Handelsblatt financial daily, to finally explain the whole breadth of Toyota’s plans to his German readers.

Toyota’s Terashi told Koelling: “We want to become a systems supplier,” whereupon Koelling listed the pertinent parts of the plan:

Terashi told the reporters that other OEMs had showed interest in Toyota’s technology in the past, but that Toyota wasn’t ready to supply the systems. “This has changed,” Terashi said.