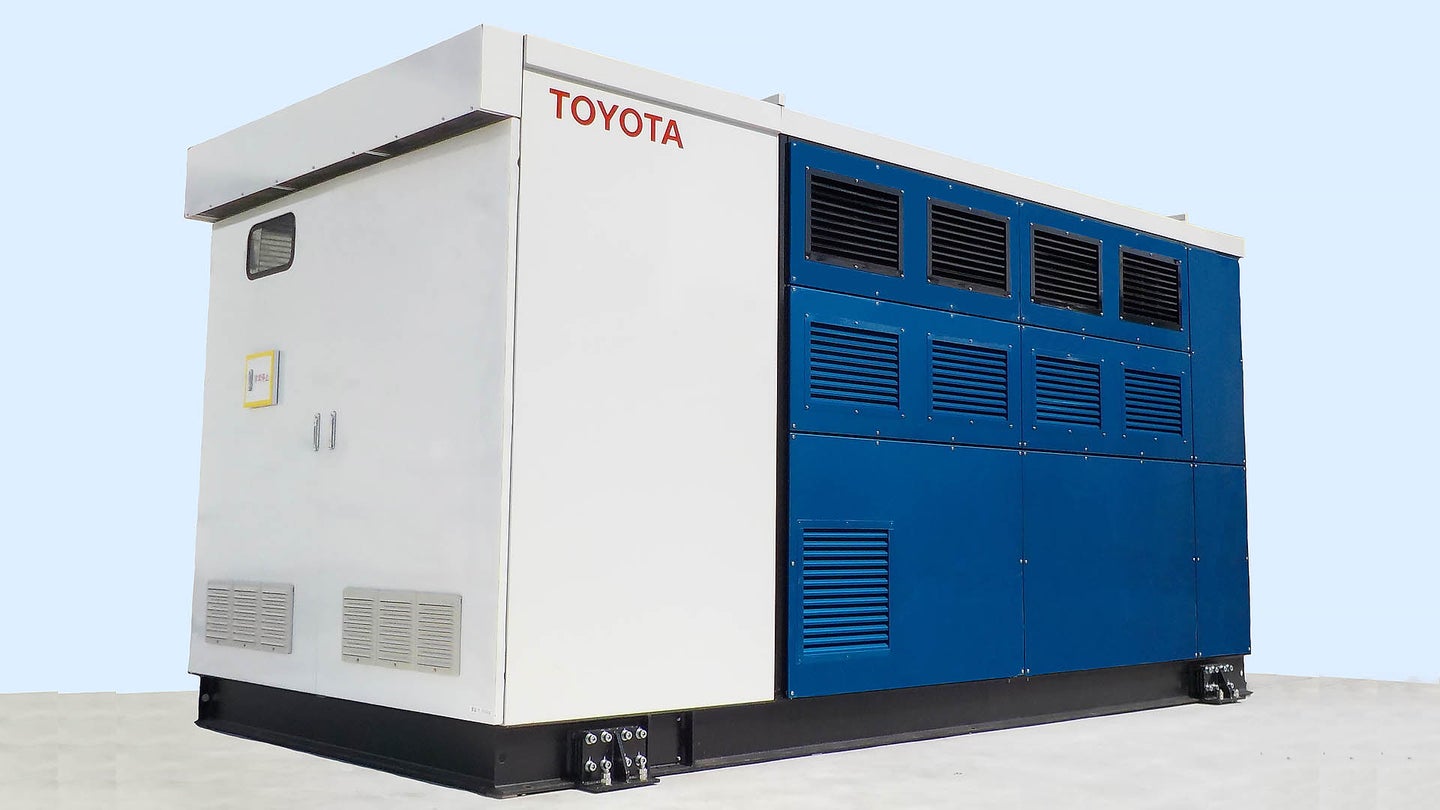 Noisy, stinky, CO2 and NOx producing diesel gensets seem to have more in common with silent, clean, and zero-emission Tesla cars than we would want to know.

A few years ago, my cohort, and now yours truly Senior Tech Editor Ed Niedermeyer, camped out at Harris Ranch to monitor the progress of Tesla’s alleged battery swapping site, the same that bought Tesla very preferential treatment in California’s carbon credit program. Not only did Ed “in approximately 43 hours of observation between Friday, May 22 and Monday, May 25, not observe a single battery swap take place at Tesla’s Harris Ranch, CA, battery swap station,” Ed’s sleep at the Harris Ranch Motel also was disrupted by a very huge and very noisy Collycut diesel genset, providing power to extra Superchargers that helped keeping the considerable lines forming at the Supercharger over the holiday weekend somewhat in check.

I was reminded of that inglorious episode, when I had to read in Germany’s Auto, Motor und Sport today that Tesla brought more than a blue and a red car to Germany’s Nürburgring to beat the pants off the hated Porsche Taycan. “Together with the Tesla, a huge container arrived at the Ring from America,” writes AMS. “It produces the electricity to charge the Model S. It also produces noise by day and night, and attracted the ire of the local residents.”

The use of dirty diesel to keep Tesla’s charged and ready to change the world is in no way limited to those inglorious episodes. Diesel gensets were reported charging Teslas on Tesla storage lots. Superchargers connected to Diesel gensets have become regular Twitter fare, so much that Tesla fanzine Electrek had to write to Tesla’s rescue, claiming that “Tesla Model S charged with diesel generator still pollutes less than a diesel sedan.” Sure.

Fear not, an industrial-sized end of the embarrassment could be near. Soon, Teslas and other electricity-hungry implements can be fed without melting polar icecaps. Yesterday, Toyota sent me a note saying that “it has developed a stationary fuel cell generator (FC generator) that makes use of the fuel cell system (FC system) equipped in the Mirai Fuel Cell Electric Vehicle (FCEV).” Toyota’s hydrogen-powered genset produces 100 kilowatts of industrial-strength 210V three-phase, and none of the environmental hazards of the diesel variety. It is quiet, and out of the pipe at the bottom comes nothing but clean water.

Sadly, there exists only one of those next-gen gensets at the moment, it is being put through the wringer at Toyota’s hometown Honsha factory in Toyota City, where it “will operate continuously for 24 hours per day,” as Toyota assures me. If the tests are completed to Toyota’s expectations, more hydrogensets will be deployed at more Toyota plants, and if Tesla continues creating demand, eventually, Toyota might use the things as revenue generators.