And it ain't an Airstream. It's something far, far cooler. 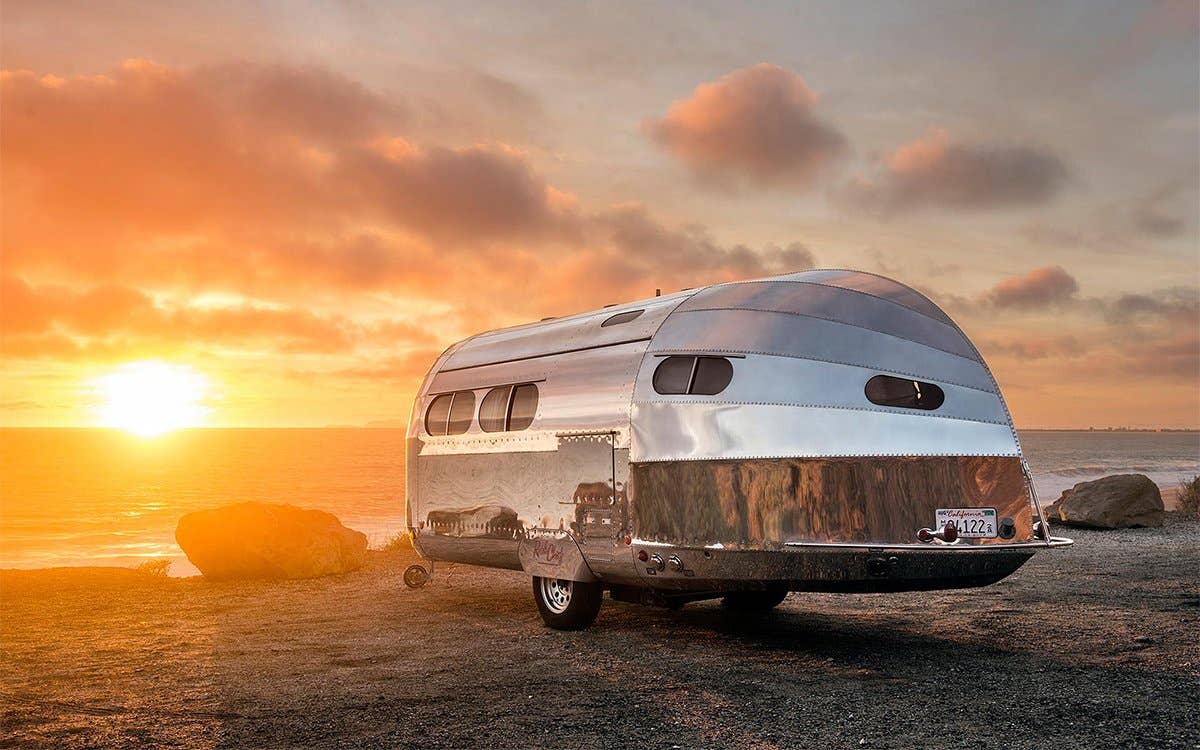 William Hawley Bowlus: Talk about a fine American. Born in 1898, the man basically invented recreational gliding, was instrumental in developing Charles Lindbergh’s Spirit of St. Louis, and designed the Senior Albatross, arguably the most iconic sailplane this side of the Atlantic. He also created the world’s first all-aluminum riveted travel trailer, dubbed Road Chief. Wally Byam, one of Bowlus’s employees, took a liking to the design. So he borrowed it, and, in 1931, founded a new company. Byam called that firm Airstream.

But what about the original, the Road Chief? That aero-inspired, mirror-finish camper beauty that predated Avion and Spartan? Vintage car collector John Long wrote the book on Bowlus’s design (literally) after tracking down an original, tearing it apart, and performing an epic restoration. Now, three years after acquiring the trademark, he’s relaunching the company.

Ignore that gussied-up Volkswagen truck, and check out the new Bowlus Road Chief Limited Edition Lithium trailing behind. This is the first-ever monocoque camper to use lithium-ion battery tech, affording the 2,000-watt capability to juice up (or receive charge from) an electric vehicle. It also uses solar panels to capture and store energy, enough to operate off-the-grid for an entire week.

The cabin is plush, too. That means a full galley (freezer, fridge, and cooktop), three-by-five-foot bathroom, Wi-Fi routers, massive skylights, theater-style table, and a proper bedroom, which uses a pair of twin-sized mattresses that can reconfigure into a king-sized bed. It also has a glorious, glorious 8,000 BTU air conditioning system. The new Road Chief is long (24 feet) yet exceptionally lightweight, weighing in under 2,400 pounds. It’s also expensive, priced at a healthy $219,000. But, really, it’s just cool seeing an underappreciated piece of engineering rediscovered, updated, and realized.

If you’re going to be at Monterey Car Week, swing by Turn 10 at Laguna Seca, where the new Road Chief will be on display. You can also catch a glimpse of the trailer at Quail at Pebble Beach on Saturday night. Alternatively, check out the Bowlus website for more photos and info here.