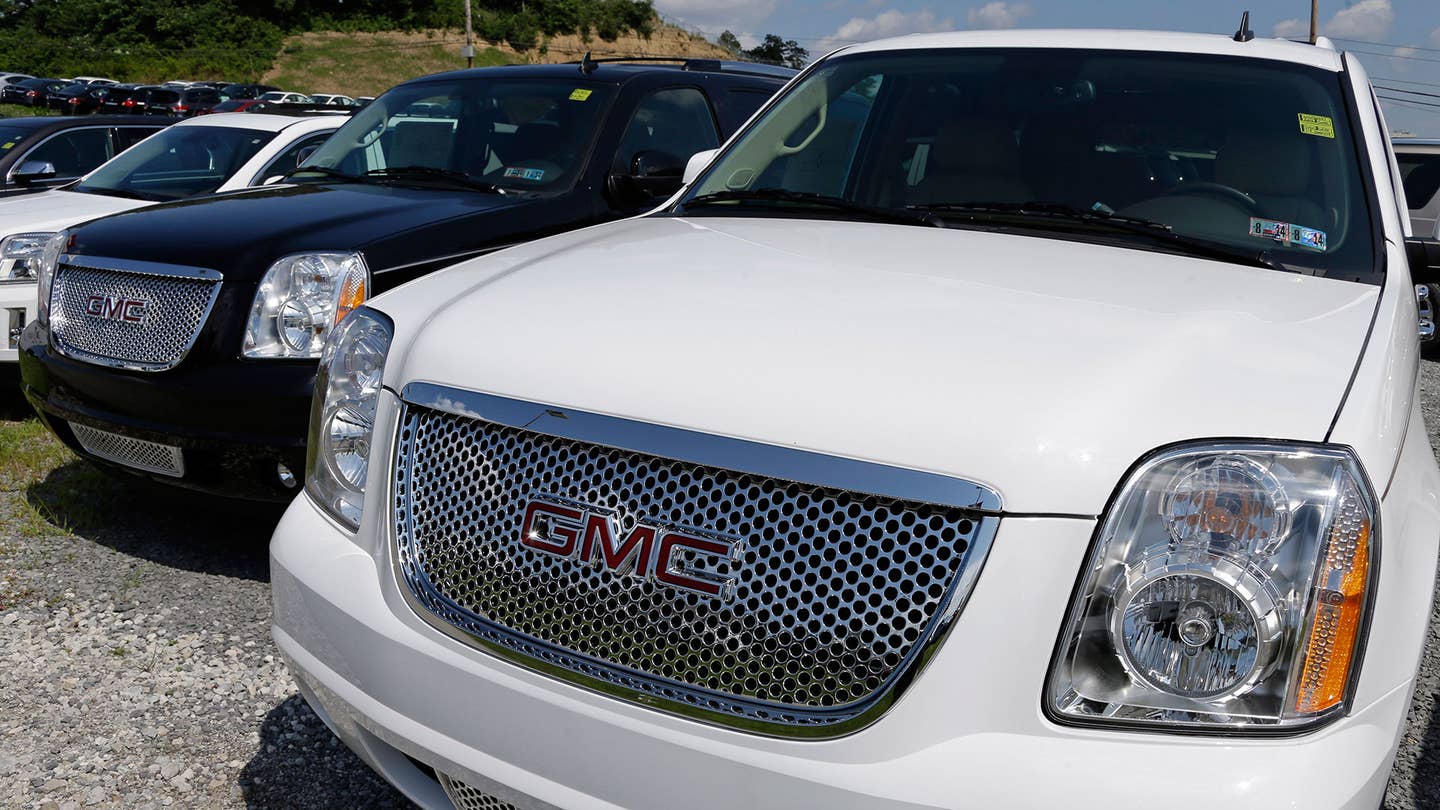 Friendly tip: Whether changing a tire or stealing a set of wheels to fence on Craigslist, always remember to securely prop your vehicle on a jack stand. Or else you could end up like the Ohio man who was killed while trying to steal wheels off an SUV at a dealership.

According to The Truth About Cars, 43-year-old Richard E. Ritch was killed last weekend in Canton, Ohio when a GMC Yukon slipped off a jack and crushed him while he attempted to steal the wheels right off the SUV while it was parked at Ron Marhofer Buick-GMC. Remarkably, although the incident occurred in the middle of the night, Ritch's body was not discovered until hours later, well after the dealership opened. A sales manager at the dealership told TTAC the deceased was only found after they moved a couple of other vehicles, revealing the unfortunate crook.

Though The Drive was unable to confirm the details with Ritch due to obvious reasons, it seems likely the would-be thief used a basic automotive jack to lift up the massive SUV, instead of using a jack stand or tools of the appropriate sort to properly support the large vehicle while it was suspended off the ground. Which, as our own Benjamin Preston will tell you, is a big no-no.

Following the incident, the dealership's service department gave the SUV a look-over for any potential damage, but it seems Ron Marhofer Buick-GMC still plans on selling the vehicle. As TTAC notes, it is probable that the future owner of the Yukon will never know word one about his or her car's homicidal past.

As for us at The Drive, we're still having trouble getting over the fact that a would-be wheel thief was basically named "Richie Rich."