Crooks made off with all four wheels from 48 cars at one dealership. 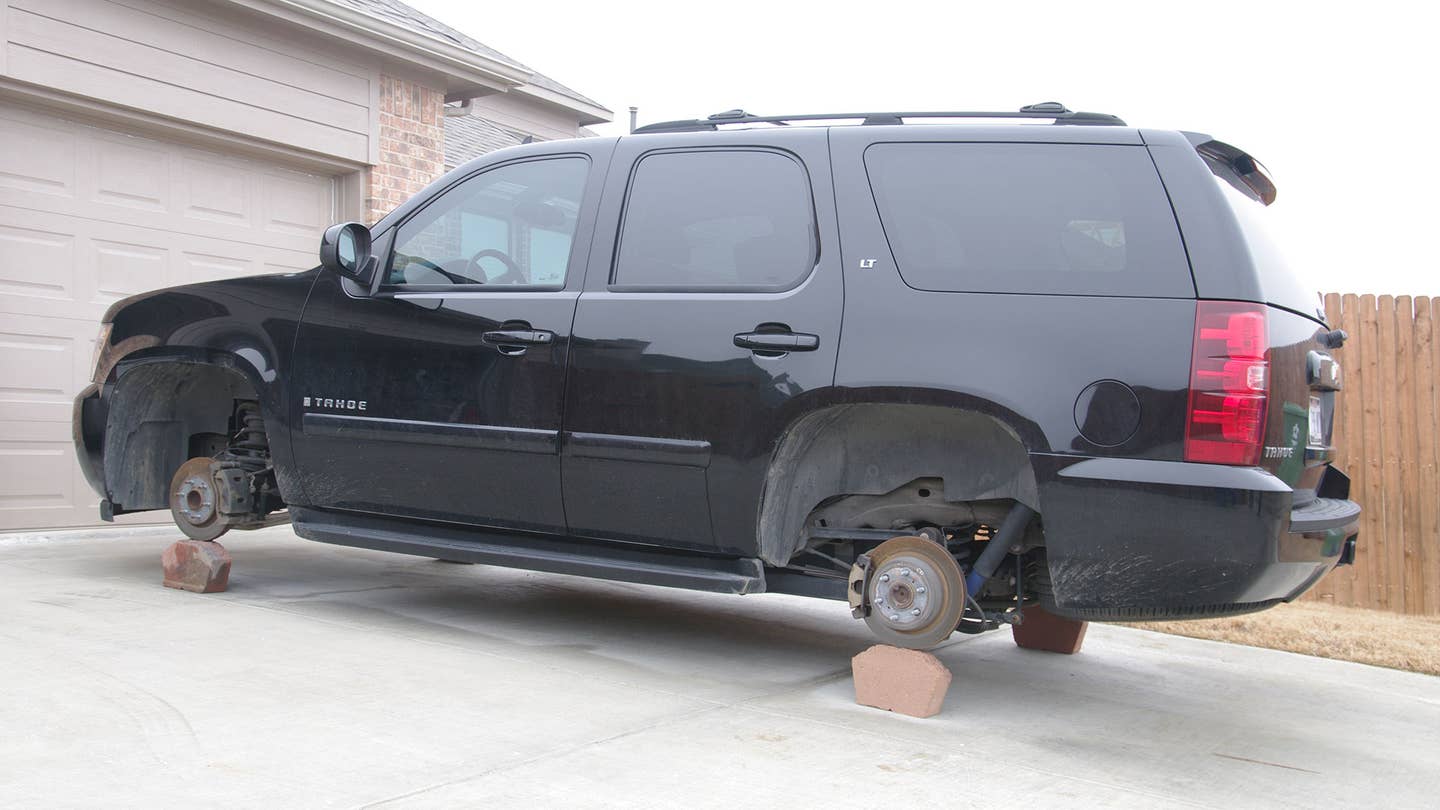 This past weekend, thieves broke into a car dealership in Texas and proceeded to steal the wheels and tires off 48 separate cars and trucks, leaving the vehicles on cinder blocks—and making off with roughly $250,000 in pilfered rubber and rims, according to local law enforcement.

According to the police department of Tyler, Texas, surveillance footage reveals the suspects entered through the fence at Peltier Chevrolet at approximately 1am on Sunday, August 21st, and proceeded to make off with the wheels and tires, local news station WFAA reports; the estimated total value of the stolen good is roughly a quarter-million dollars. While exact details were not available, a bit of elementary school math leads us at The Drive to infer that the crooks made off with 192 wheels and an equal number of tires. (The sad thing is, we actually punched "48 x 4" into the calculator to be sure.)

The Tyler-area theft is hardly the first time a group of nocturnal Texas-area crooks have made off with a bounty of wheels and tires. Dealerships across the state have been hit by this sort of act of mass rotational thievery, both in recent months and over the last few years; a Google search for "Texas wheel theft" reveals reports of similar mass thefts from dealerships dating back to 2011.

As a result of the rapid nature of the crimes and the string of related incidents, law enforcement in the state reportedly believes many of the crimes may be the work of professional wheel-jackers.

"By all the methods that they used, it usually indicates they're in a professional ring," Tyler P.D. officer Officer Don Martin said, according to WPXI. "They'll kind of hit [dealerships] randomly. They just came through Tyler and hit us."

If true, such a success streak suggests the Texas thieves are a bit better at their jobs then the Ohio man who was allegedly trying to steal the wheels off a GMC Yukon in a dealer lot last month when it apparently slipped off the jack and crushed him to death.