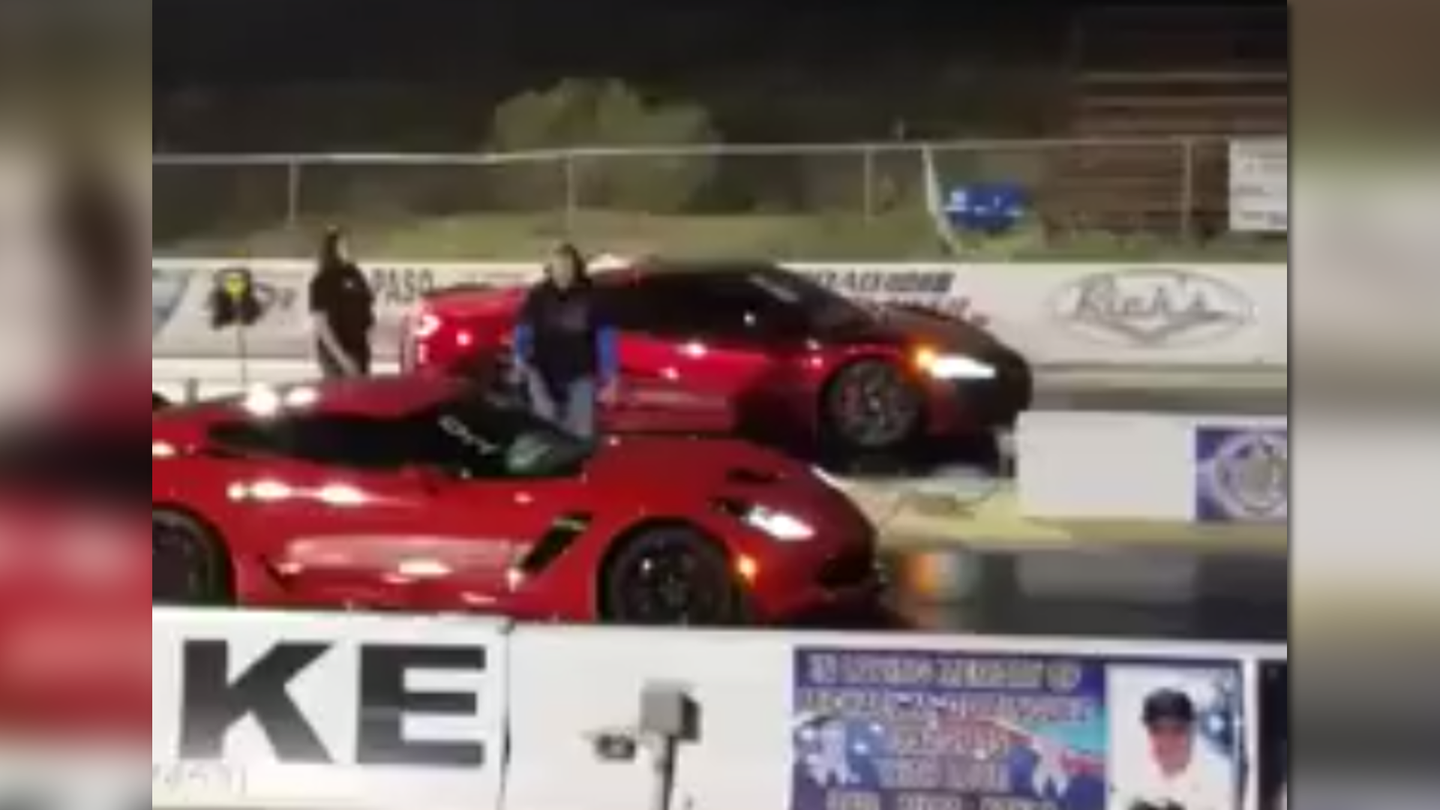 Stealing a half-dozen cars—including a 2016 Dodge Challenger SRT Hellcat and a $200,000 2017 Acura NSX—from a single dealership through wire fraud is certainly a bold move. But taking those ill-gotten whips to a public drag racing meet nearby and laying down a few quarter-mile runs for everyone to see? Well, everything's bigger in Texas.

Four people are behind bars today after El Paso police say the quartet conned a local Acura dealership out of six cars over the last thirteen months, according to CBS4 News. In addition to the NSX and Hellcat, the ring also snagged a 2012 Chevrolet Camaro, a 2014 Nissan Armada, a 2015 Ford F-150, and a 2016 Acura MDX from Fox Acura.

And following their arrests, both CBS4 and KFOX-TV obtained spectator video allegedly showing the stolen Acura NSX getting demolished by a C7 Corvette at an amateur drag race event at the El Paso Motorplex earlier this summer. Just an awful launch, really.

Though police didn't detail how exactly ringleader Mark Mitchell and his merry band of thieves managed to repeatedly lie their way into the driver's seat, KFOX-TV spoke with another dealership manager who claims Mitchell almost made off with a new GMC Acadia from his lot last month using his very particular set of skills.

According to Shawn Bryan of Superstar Motors, Mitchell showed up in late June driving the stolen Acura NSX and said he wanted to buy the Acadia for his mother-in-law. He produced fake papers that supposedly proved he had just inherited $5 million, and promised that he'd wire the cash for the car in a few days. Bryan initially bought it—as he points out in the interview, you don't always think too hard about the details when someone shows up in a $200,000 car.

When the wire transfer didn't come through after a few days, Bryan told KFOX-TV he started asking questions—and the excuses began to pile up.

"His accountant had stolen $2.4 million from him. Then he had to be put in the hospital and then it turned into he died and now he sitting in jail and it's mind-boggling," Bryan said. "He literally faked his death and had his wife call people and tell them that he had a heart attack and died so that's why he couldn't end up paying."

Bryan also told KFOX-TV that he was at the racetrack the night the videos were recorded, and the group ran every one of their cars down the strip at least once.

In a satisfying twist, the Superstar Motors team eventually resorted to conning the con man, promising Mitchell's crew a free detailing and promptly stealing the Acadia back when his accomplices brought it in.

"I had my guys grab it and put it in the back and put it inside and locked it and of course we never saw the guy after that. He was gone [and] that was that," he said.