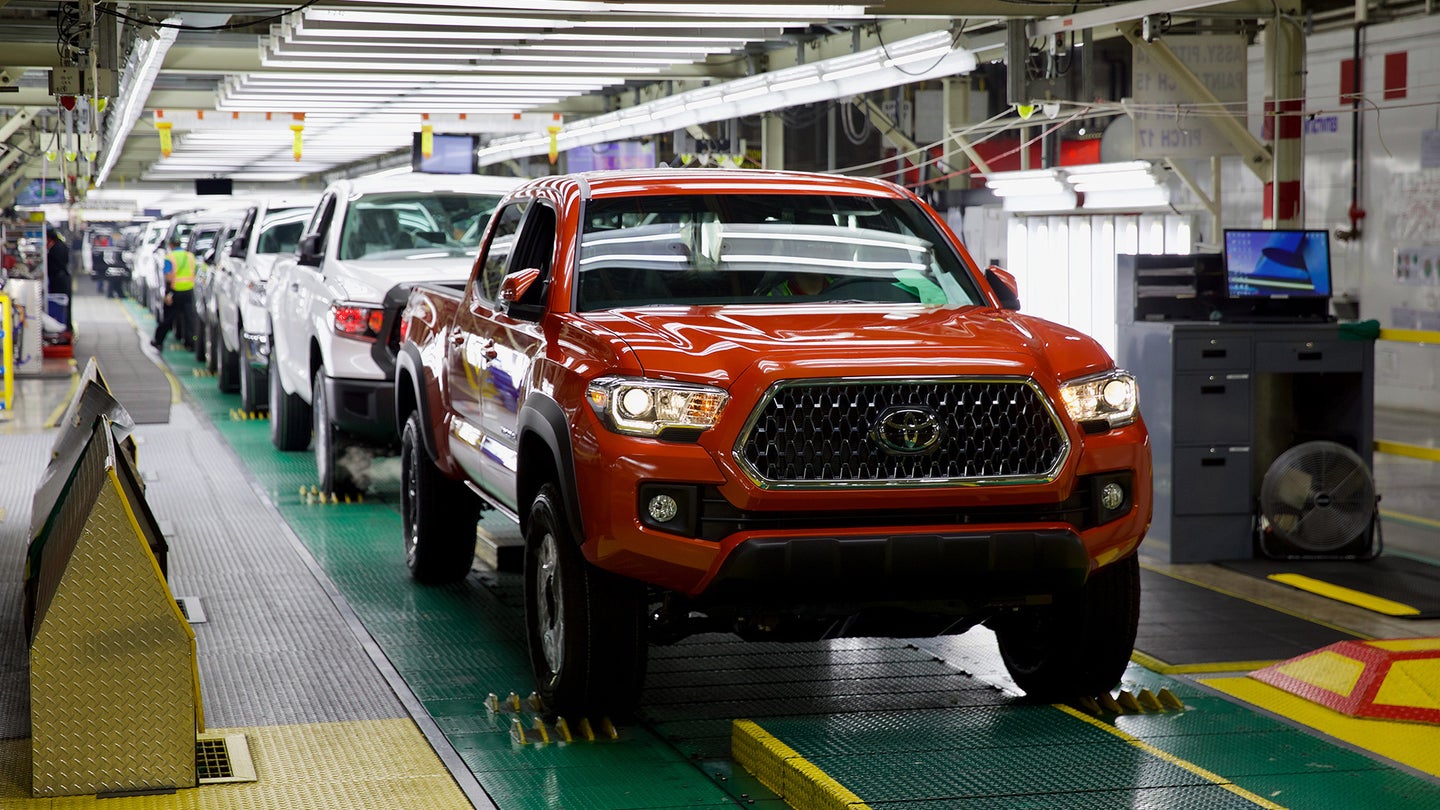 Toyota has announced that it will commit $391 million to improve the San Antonio, Texas factory where it builds the Tacoma and Tundra pickup trucks, bringing its total expenditure on the plant to more than $3 billion.

This investment is part of a scheme that will see a total of $13 billion invested in Toyota's United States operations through 2021, which will go toward worker training and facility upgrades. Toyota states that much of the money being spent on its Texas plant will be used to introduce new manufacturing technologies that will both increase efficiency and flexibility. Also, a company official told Reuters that upgrades could be used to boost the factory's production capacity, provided Toyota's projections of ever-increasing demand for pickups holds true.

Toyota has yet to respond to The Drive's request for comment on whether this factory upgrade will also allow for retooling to produce the next-generation Tundra, which is expected to launch within one to three years with "some big changes."

Over 3,200 Texans are employed directly by Toyota at its San Antonio site, with workers of the 23 miscellaneous onsite suppliers inflating total employment at the facility to over 7,200. An additional 900 jobs will eventually be added in nearby Cibolo, Texas, where Aisin AW (one of Toyota's biggest suppliers) has announced plans to build a $400-million plant in the future.

San Antonio's Economic Development Foundation predicts that these investments will generate an economic impact of over $10 billion and that another 40,000 related jobs will spring up in the region within a decade.

Local philanthropy will also benefit as Toyota Texas has promised to funnel $500,000 into non-profit Alamo Promise, whose stated mission is to "provide the first two years of community college to eligible students who plan to earn an associate degree, certification, courses for transfer or workforce training."