You Don't Need A Full-Size Pickup Truck, You Need a Cowboy Costume

The most popular vehicles in America may be the greatest examples of overcompensation ever invented. 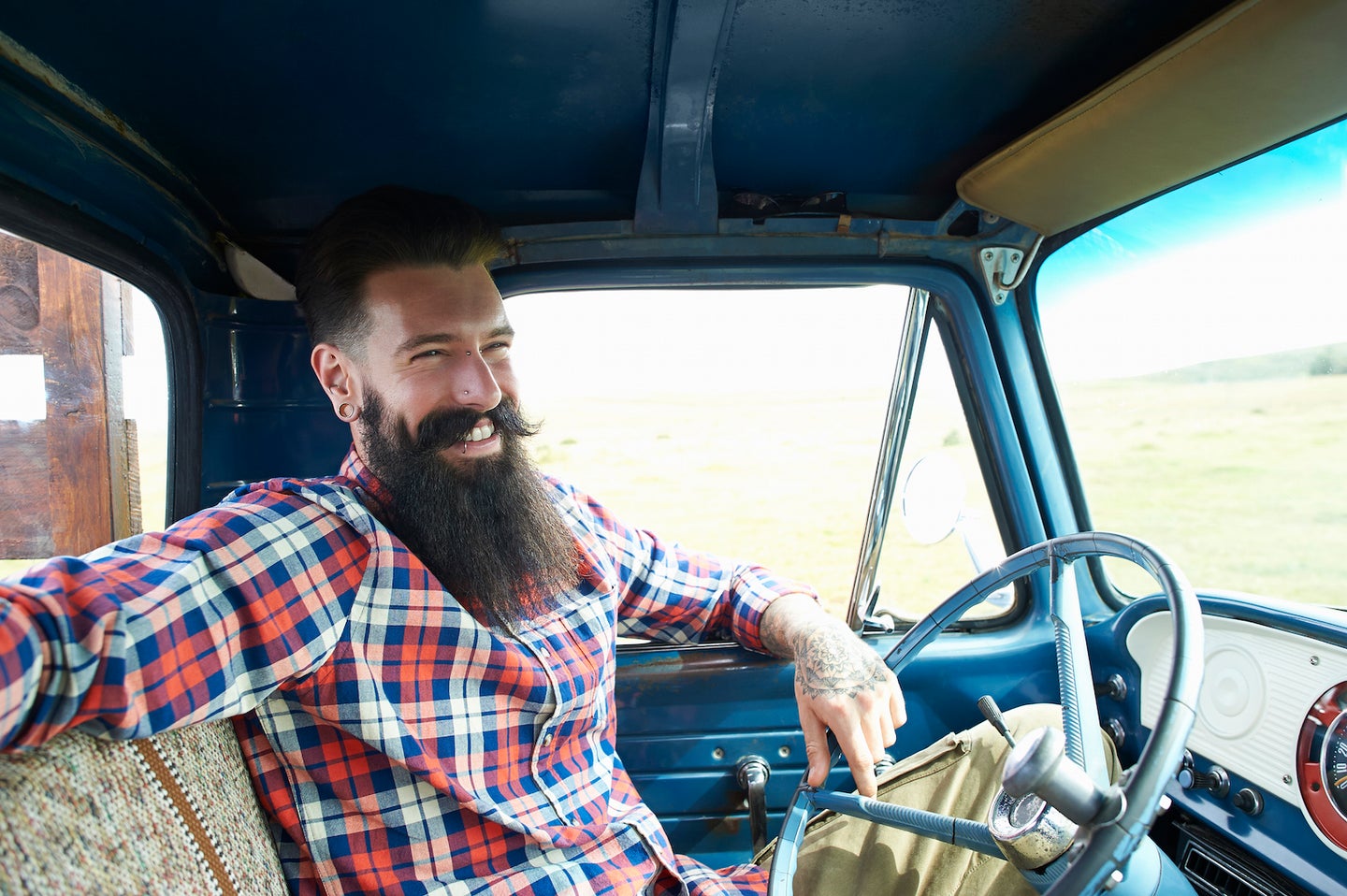 This is the golden age of full-size pickup trucks. Because the market demands it, and because the market is enormous and extremely profitable, the latest breed of pickup trucks is comfortable, commodious, potent, and dare I say luxurious. The Ford F-150, Chevrolet Silverado, and Ram 1500 are, respectively, the top-selling vehicles in America. And with their Brobdingnagian scale, appliqué steer horns, remotely erecting towing hitches, and power-opening tailgates that drop like the rear flap on a cowpoke’s union suit, pickup trucks may be the greatest examples of overcompensation ever invented.

If you look at pickups objectively—a stretch for a country raised on "Like a Rock" ads—they are also kind of ruining the world. They’re a grotesque addiction. And our unslakable thirst for them is irrational.

Americans are batshit crazy for pickup trucks. Last year, in a new vehicle market that was basically flat, full-size truck sales grew to nearly 2.5 million units. If you include so-called mid-size trucks—many of which are now longer than the full-size trucks of just five years ago and sales of which increased 15% in 2018—that number rises to nearly three million. That’s more than one out of every six new vehicles sold in 2018. And this doesn’t even take into account truck- or car-based SUVs. Taken all together, these vehicles now make up seven out of ten American vehicle sales.

Despite all of this market affection, people do not love their trucks as much as you expect. “We run a metric each year called Most Loved Vehicles, and when it comes to the emotional connection that trucks create, it isn’t as strong as some of the other vehicles out there,” says Alexander Edwards president of automotive research and consulting firm Strategic Vision, which conducts an in-depth, annual, 250,000-person, psychographic new vehicle owners’ survey. “People love trucks, they name their trucks, but they’re not necessarily more loved than a Honda Civic or Toyota Sienna.”

This may lead you to believe that trucks, and their owners, are vulnerable to some kind of conversion. But strangely, that’s not the case. According to Edwards’ research, nearly 80% of people who are replacing a full-size truck will buy another full-size truck, the highest loyalty rate of any vehicle category in the market. Maybe truck buyers are just not quite as effusive about their delight as other drivers. (The fact that they skew far more male—87% versus an industry average of 57%—might have something to do with that.)

So what do people actually like about trucks? According to Edwards, the answer is counterintuitive. Truck drivers use their trucks very much like other car owners: for commuting to and from work, presumably alone. The thing that most distinguishes truck owners from those of other vehicles is their sheer love of driving. “The highest indexed use among truck owners is pleasure driving,” says Edwards. Truck drivers use their vehicles this way fully twice as often as the industry average. “This is the freedom that trucks offer,” says Edwards.

This freedom isn’t exactly free. I’ve recently had the opportunity to get behind the wheel of a trio of top-notch, American full-size pickups—the Ford Raptor, the GMC Sierra Denali, and the Ram Laramie Longhorn—and they do deliver specific pleasures. They’re roomy. They have scads of bins and cubbies. And if you equip them properly, in the mid-to-high five-figure range like ours (and those of many Americans), they sport myriad functional luxury features. They are also capable of traversing blizzards, hauling junk, and plowing through desert canyons, all of which I actually did in Michigan, New York, and Nevada, respectively.

And they certainly have snorting accelerative capabilities. The least powerful of these trucks, the Ram, has an electric-assisted V8 that makes nearly 400 horsepower. The most potent, the Ford, has a twin-turbocharged V6 that makes 450 hp. The GMC is right in the middle with a naturally aspirated V8 that makes 420 hp. All can hustle to 60 mph in five to six seconds. That’s '90s Ferrari fast.

The big problem, like so many things in America, is one of consumption. Artificially low domestic gas prices, relative to the damage that burning carbon-based fuels wreaks on the planet and its inhabitants, contribute to the notion that it is acceptable and rational to daily drive a 5,500-pound vehicle, one that the EPA says returns on average 10 mpg less than a passenger car, and one that in real-world driving will often struggle to break out of the very low double-digits. Whereas fully one-quarter of new vehicle owners state that fuel economy is a top priority for them, nearly half as many truck buyers report holding this as relevant, and only four percent say they would pay extra for a greener vehicle.

I am not the vehicle police. I don't believe in a nanny state. It is not my job to tell you that you must track your Ferrari or drive your Miata with the top down. But I do get asked for car buying advice very often, and I always recommend that people acquire the least amount of vehicle that they think they need, not only to help the earth but to make their life—one dominated by driving and parking and refueling—less of a strain. If you are only towing, off-roading, or hauling once a year, or never, it might be wise to consider a smaller vehicle, and rent or borrow a truck when you really need a truck. There are tens of millions of them out there. There are even amazing services like Turo or ZipCar out there that grant you access to a vehicle for just the time you want it, and may even deliver it to your door.

I doubt I’ve made any converts. Vehicle purchases are, at heart, irrational. Trucks are tough and fun and capable, and people dig being associated with that, in the same way that they seem to enjoy dressing up like their favorite sports stars and watching games, or putting on cowboy clothes on Halloween. I like to say that All Cars Are Drag, costumes that we put on and take off. And nowhere is this more relevant than with the Butch Drag offered by pickups.

“When asked for attributes that are important to them,” Edwards says, “truck owners oversample in ones like: the ability to outperform others, to look good while driving, to present a tough image, to have their car act as extension of their personality, and to stand out in a crowd.” Trucks deliver on all of that. At a price.