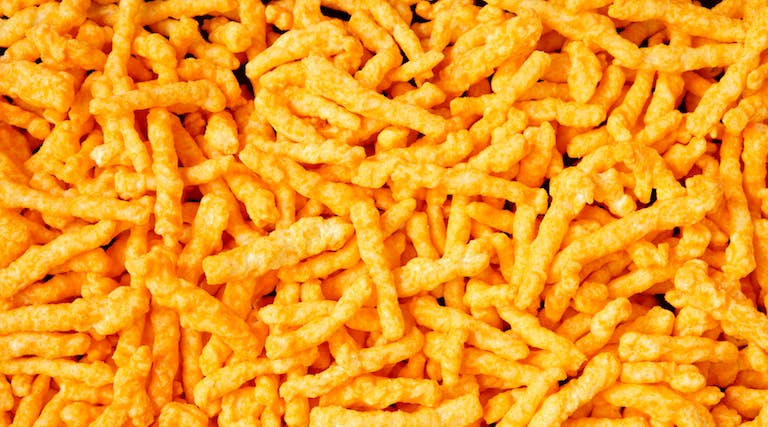 Freshness and nutrition are in vogue, and it’s ruining fast food across America. Who drives to Wendy’s for a salad? That’ll be a hard pass on substituting apple slices for French fries. We need an “artisanal” meal from McDonald’s like a hole in the head.

Taco Bell remains unaffected. It is drive-thru dining as originally intended, heaping piles of piping-hot crap wrapped snugly and passed from a sliding window into your eager, trembling hands. In an age of downsized and turbocharged menus, Taco Bell stands alone as a bastion of big-block sensibilities. But how do you improve upon greatness? What can be done to further weaponize an intestinal torpedo of nacho cheese, soggy rice, and processed beef?

Cheetos. The answer is Cheetos.

Hence, the latest monstrosity from Taco Bell. It takes everything you love about a standard-issue Beefy Cheesy Burrito, then adds crispy, neon-colored, flavor-dusted morsels of enriched cornmeal. As NBC News points out, Cheetos are considered by nutritionists to be “hyperpalatable,” meaning salt and fat contents are “so intense they short-circuit our brain's reward centers.” Straight from the experts: This shit will blow your mind.

Motorists in Ohio will be the first to indulge, as the Cheetos Burrito is slated to show up on Cincinnati-area Taco Bell menus sometime during August. If there's any justice in the universe, the item will get a nationwide rollout soon after. Priced at $1, it’s the rowdy gut-ripper America needs.