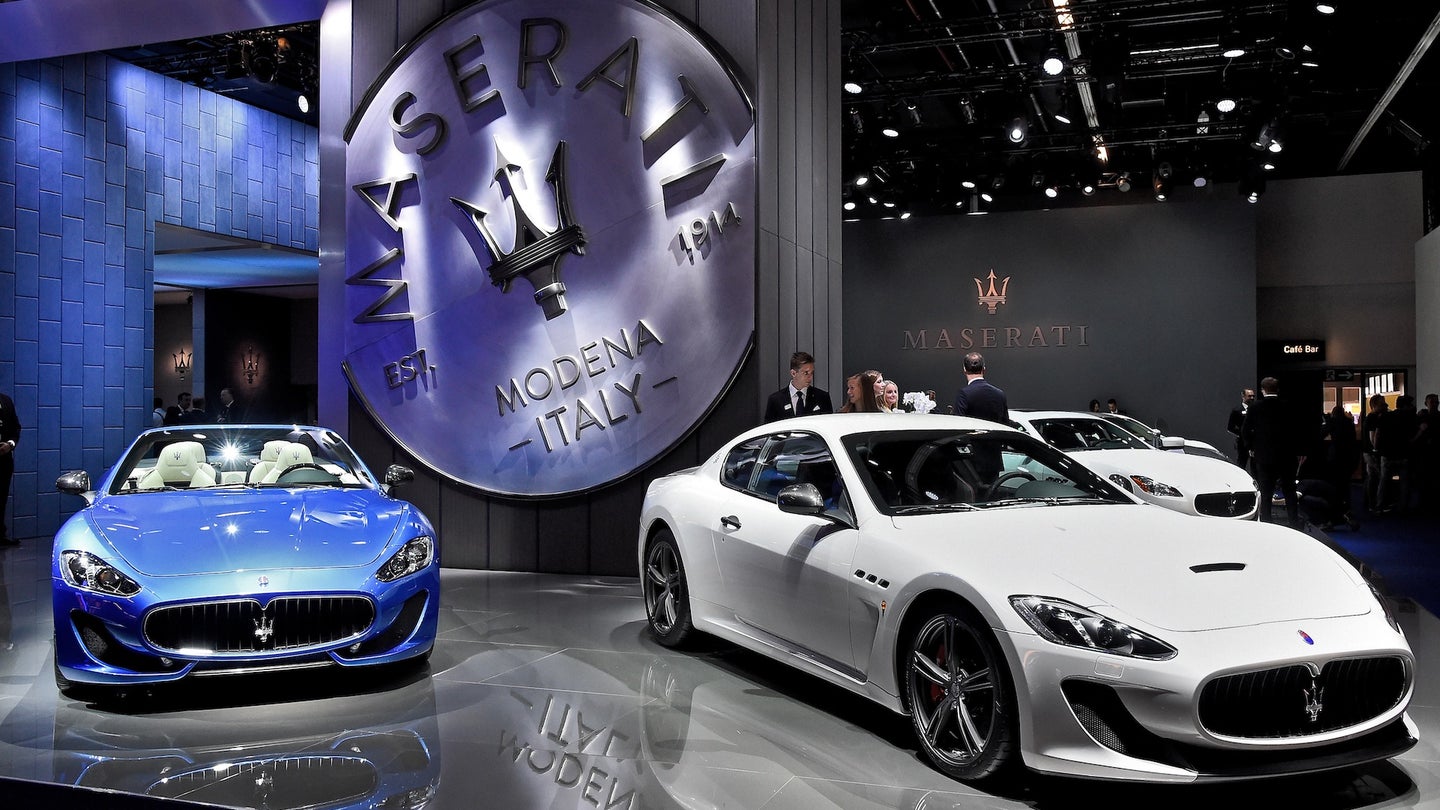 ​Ferrari executives have confirmed that the Maranello-based supercar manufacturer will cease providing engines for Maserati some time in the early 2020s.

Maserati at present buys most of its engines, both gasoline and diesel, from the storied Italian race team-turned-automaker. Gasoline engines include twin-turbo units in the form of 3.0-liter V6s and 3.8-liter V8s, plus naturally aspirated V8s in 4.2 and 4.7 liters, exclusive to the GranTurismo and GranCabrio. A 3.0-liter, twin-turbo diesel V6 is also available on some models, such as the Quattroporte.

"Well, as you know, we have a contract. And as you know, Maserati has announced that at the end of that contract they will not renew it," stated Louis Camilleri, Ferrari's chairman and CEO, in the automaker's Q1 earnings call, as transcribed by The Motley Fool.

"So, eventually, we will no longer supply engines to Maserati, which actually from our perspective is actually a good thing, both from a margin perspective but also the fact that we can transfer a lot of the labor that's been focused on the engines to the car side of the business."

When an investor asked Camilleri about the date of the contract's expiry, the executive could not confirm precisely when the two Italian automakers would part ways.

"Well, we supply various engines, so it's very difficult to answer that question as to when it's actually going to zero, but certainly I would say by 2021 [or] 2022," said Camilleri.

Vague early-2020s phaseout of Ferrari power aligns with a timeline for lineup renewal outlined by Maserati's North American head Alistair "Al" Gardner in a recent interview. Gardner confirmed that Maserati will reinvent its full product line by the end of 2022 as part of a shift toward electrification and hybridization, though he also stated that the traditionalist automaker will never drop combustion engines from its product range.

Maserati was once Fiat Chrysler's redheaded stepchild, with many of its products cobbled together from the company's parts bin, but FCA embarked earlier this decade on revitalizing the brand. Whether its efforts are successful will be determined as its updated lineup rolls out over the next few years—expect the flagship of this line, the Alfieri, to arrive at next year's Geneva Motor Show.