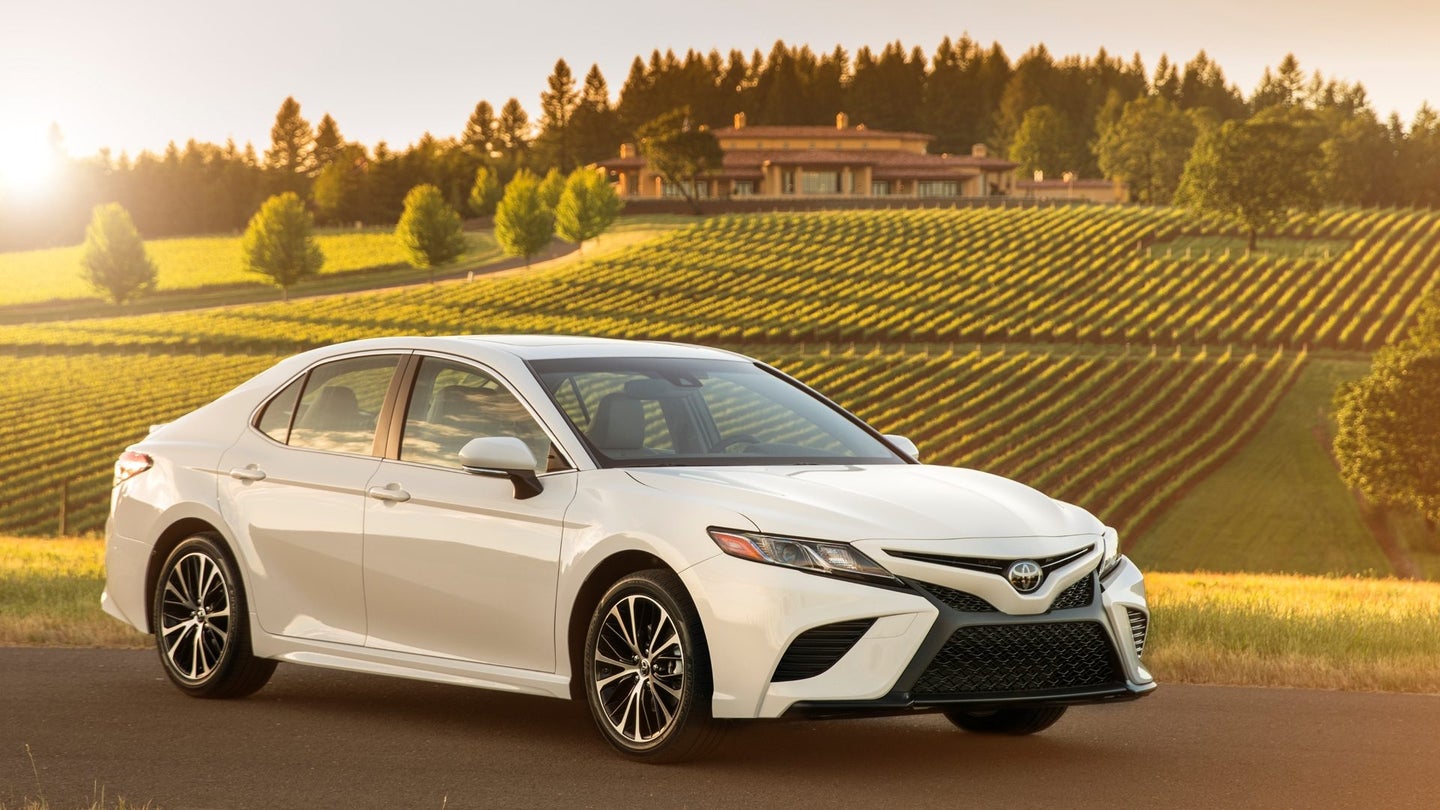 2018 Toyota Camry or Sienna owners who use Apple iPhones can finally put away the aftermarket phone mounts, because Apple CarPlay and Amazon Alexa are finally coming to the midsize sedan and minivan, according to a statement released by the automaker. Unfortunately, however, it won't be coming through any sort of Tesla-style over-the-air update. Rather, CarPlay and Alexa must be retroactively installed by a technician at a Toyota dealer.

"We are always striving to bring highly desirable services to our vehicles," said Toyota Connected Tech vice president Steve Basra. Of all the cars Toyota makes, the choice of the Camry and Sienna to get the upgrade isn't exactly a surprising one. "This new program enables CarPlay and Amazon Alexa on some of our most popular vehicles already on the road." What, did you think they'd spend the time and money retrofitting CarPlay to the low-volume 86? "It's a great opportunity to surprise and delight our existing customers," Basra adds.

Surprised and delighted they'll probably be considering 8 out of 10 Americans apparently see Apple CarPlay as something they'd like in their next car with 23 percent straight-up marking it down as a "must-have."

Toyota says 2018 Camry and Sienna owners will be notified of the available update soon and will be encouraged to bring their cars to a dealership. The company announcement made no mention of price or how long the service would take but a Toyota spokesperson apparently told Car and Driver that there may be a "small service charge."

Meanwhile, the Toyota RAV4 is a hot commodity that’s flying off dealership lots.