What Happens When You Jumpstart a Car With Assault Rifles?

Why call AAA when you can just AK? 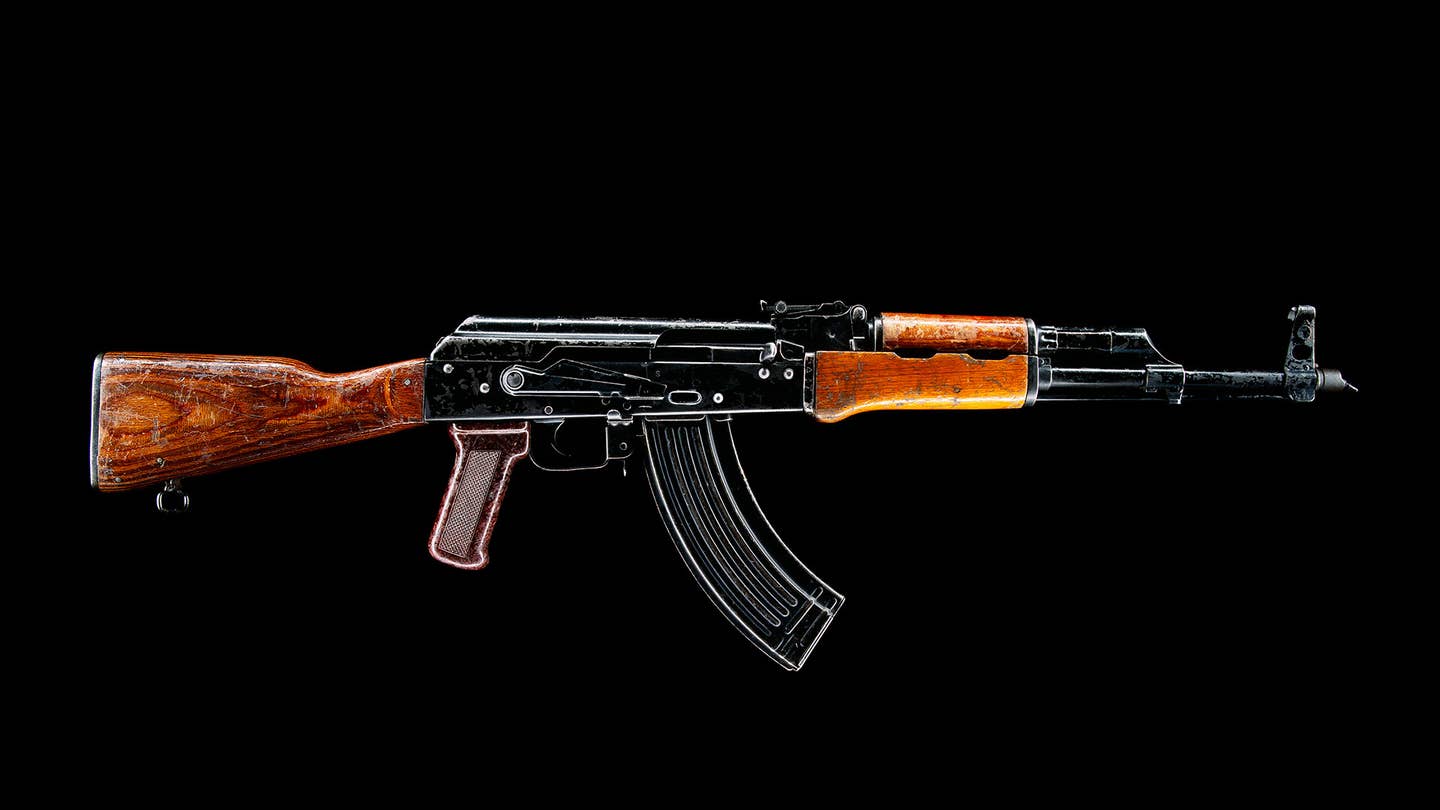 “Today I didn't even have to use my AK / I gotta say, today was a good day.” Who knew Ice Cube wasn't talking about blasting fools, but simply happy his drop-top didn't get a flat battery? Because if you're out of jumper-cables, but have a brace of Kalashkinovs, you can jumpstart your car with two AK47s. To say this is not an approved (or recommended) method is an understatement of epic proportion. For the love of Petrograd, please don't try this at home.

In a choppily-shot video, what looks like two soldiers of an unknown military branch use the cleaning rods and metal frame of their assault rifles to transfer electricity between battery terminals. It works! Presumably because they had the presence of mind to unload the things first. Add this to the long list of accomplishments of the famous Kalashnikov.

For the unfamiliar, the AK-47 is the most widely used and distributed assault rifle ever created. Production of the Kalashnikov started 66-years ago, and the cheap and durable rifle has been rolling out of the stamping plant ever since, making it practically ubiquitous in the armies of developing nations. The rifle has even earned a spot on the national flag of Mozambique, so being used to arc a couple of battery terminals is no achievement.

Curiously, this is not the only time an engine's been literally fired up. In the Thirties and Forties, many piston-engined aircraft used the Coffman device, a blank shotgun cartridge used to force down a piston and turn the engine over. While you had to keep a supply of the shells on hand, it was lighter than an electrical starter, and more reliable in remote areas.