Happy birthday to the most gifted (and tragic) centerfielder of all time. 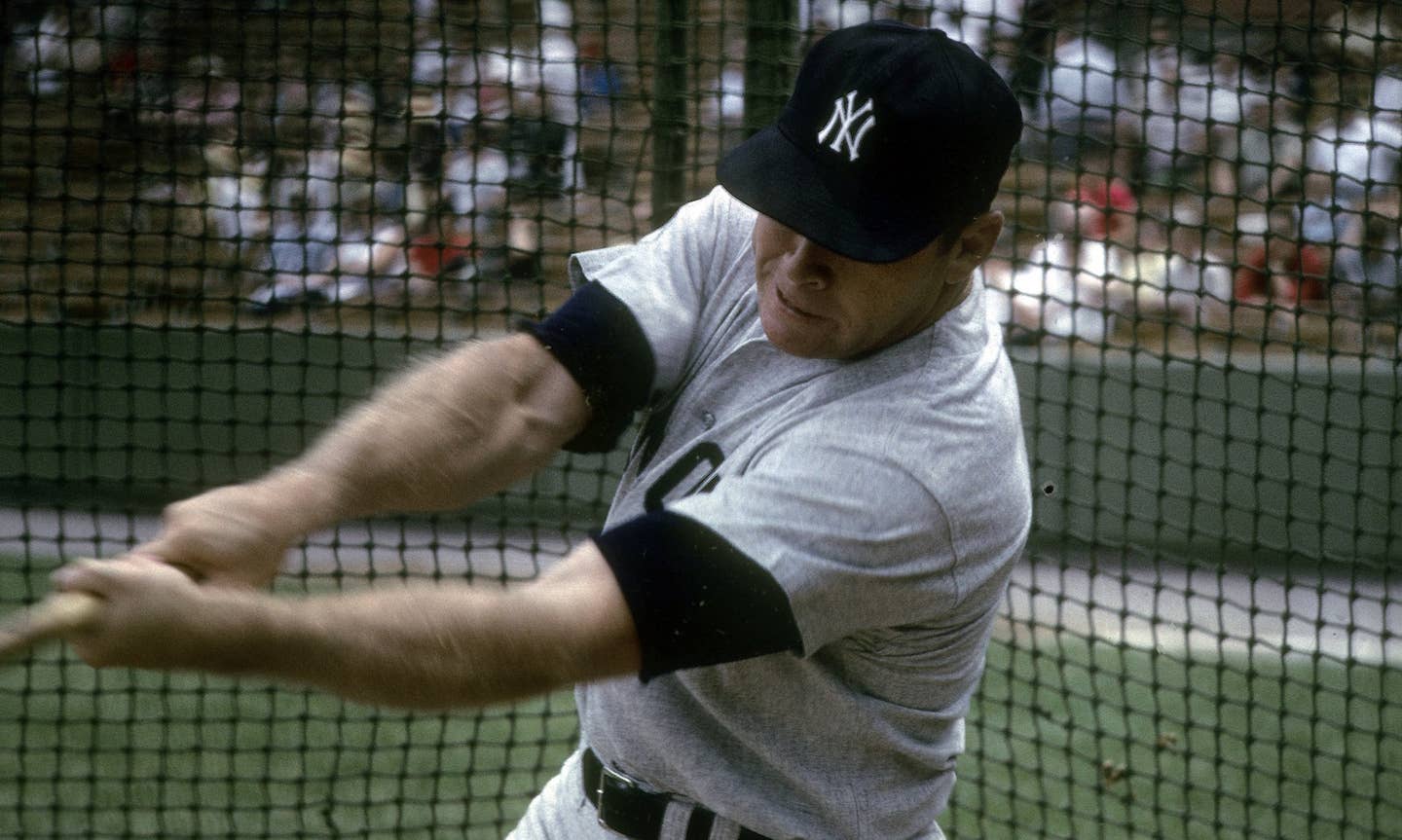 Once, in 1963, Mickey Mantle hit a home run past the upper-deck, almost 120 feet high, off the façade in right field at Yankee Stadium. Joe Pepitone, the team’s first baseman, said he could "hear the boom" when the ball made impact because it was traveling so fast. People told newspapers it was still carrying at that point; modern calculations say it would’ve gone 620 feet, the first and only home run to ever leave Yankee Stadium. It’s generally agreed to be the hardest a human being has ever hit a baseball.

Except maybe it was another time, during an exhibition in California, when Mantle hit a ball over the fence, beyond the practice field, and onto the far sideline of an adjacent U.S.C. football field. That was 1951, his rookie year. Over the next seventeen years, Mantle’s home runs became so massive, so otherworldly, reporters started naming them, like happenings. Fans used the streets where the balls would land outside the stadium as shorthand. “Trumbull Avenue,” the shot against the Detroit Tigers in 1958; “Fifth Street” from a game in Washington, D.C. five years prior. That one traveled outside Griffith Stadium, cleared a row of houses, and dropped in some chump’s backyard up the next block.

These all sound like tall tales, modern mythmaking. But because it’s Mickey Mantle, the titanic standout in an era of titans, faster than DiMaggio and stronger than Ruth, you can’t help but wonder: Did he actually hit one 550 feet, over a 160-foot-tall grandstand, that smashed out a car windshield on 34th Street in Chicago?

The sincerity of the question says more than the answer. Anecdotally, Mantle is most singularly gifted baseball player ever. The problem is that he played hurt for the entirety of his career. Just a few months after hitting the home run at U.S.C., he snagged a cleat on an outfield drainpipe, tearing his ACL, and setting off chronic leg injuries that eventually hobbled him. Which explains, at least in part, why every biography of the man reads like a Greek tragedy. Mantle’s statuesque physique, his trademark, came from breaking rocks in an Oklahoma mining town, where he was born. He never went to college, lost his father to Hodgkin’s disease in 1952, couldn't cope with culture shock in New York. So he drank. Mantle remains the only thirteen-time All-Star, seven-time World Series champion, three-time Most Valuable Player who’s also a could’ve-been. He died, in 1995, following a liver transplant.

Today, on what would be his 85th birthday, there are a lot of Mantle retrospectives floating around. Most acknowledge his greatness, and concede he was a nasty drunk, and a womanizer, and charged $1,000 per hour for autograph sessions, which is all true. But reasons are more important than results, nuance counts for something, and you can learn a lot about a man from the car he drives. For Mantle, baseball’s finest natural talent, who lost his father and his son to cancer, and amassed the equivalent of $8.7 million in salary during his playing career, and hit towering home runs but rounded the bases with his head down in deference to the pitcher, and drank himself to death, that was a baby blue 1949 Plymouth Special Deluxe.