Looks like Clarkson, May, and Hammond are cutting no corners. 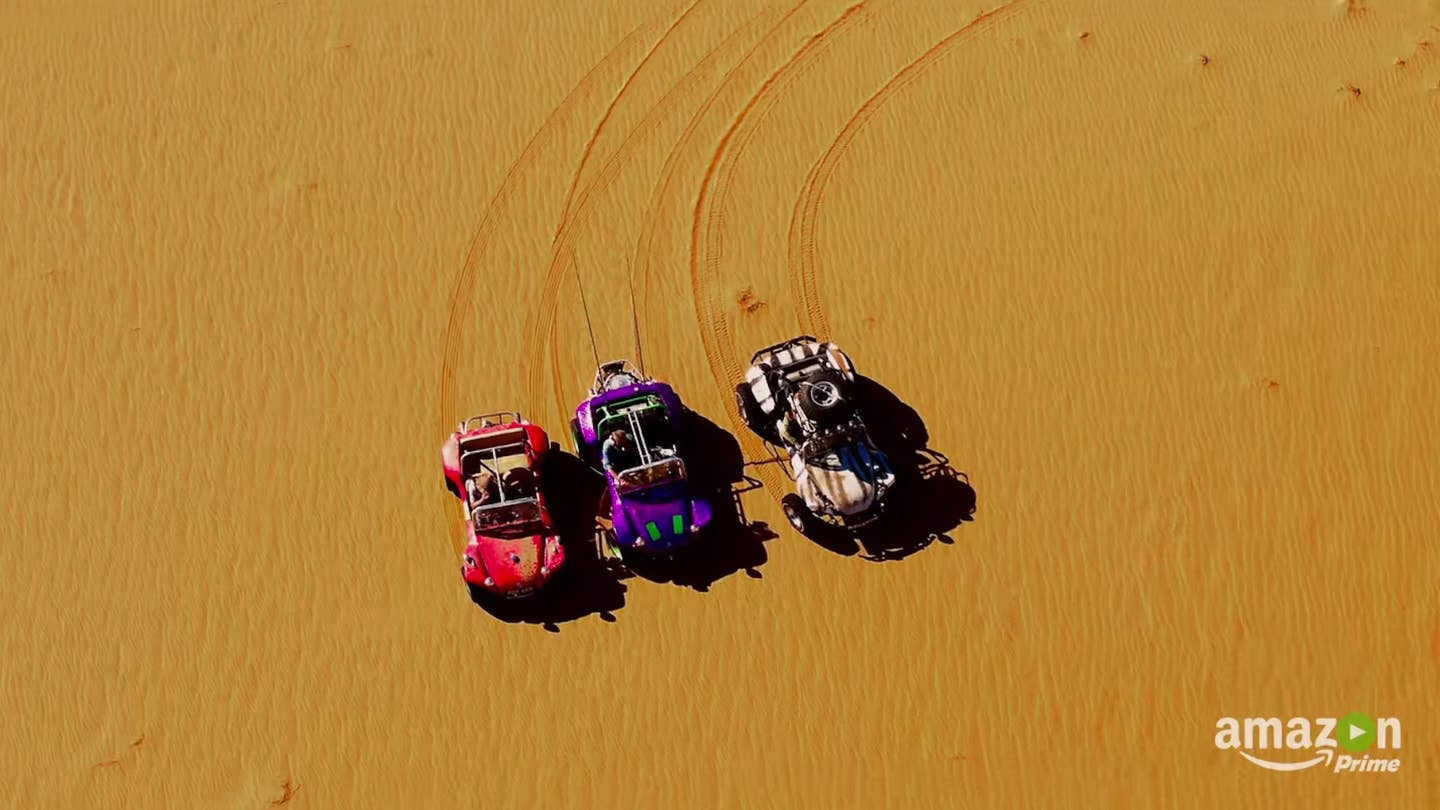 The former Top Gear trio of Jeremy Clarkson, Richard Hammond, and James May appear to be pulling punches for the launch of their new Amazon Prime TV series. The Grand Tour's opening scene is reportedly the most expensive ever put together for television.

The opening scene was shot in the desert in California using 150 cars, 2,000 car enthusiasts, six jet planes, and some carnival-esque performers, British tabloid The Sun reports. The trio reportedly drove red, white, and blue Ford Mustangs through the Lucerne Valley while being chased by an array of supercars, exotics, and other vehicles. The total cost for the production? $3.2 million.

Those reports line up with what The Drive previously reported on following The Grand Tour's California filming:

"It was Mad Max-style," our anonymous source said. "There was a massive convoy of cars staged about a mile out in the desert. A lot of supercars, some cars that had the Mad Max or Burning Man aesthetic, and even some cars from Fast and Furious, including the Flip Car. One of the rat rods had a huge, 600-cubic-inch motor with three superchargers. The fleet was astounding. Jeremy, Richard and James were in the three lead cars, coming in like an arrow, in front of this insane lineup. A camera crane car was in front and a camera helicopter was flying over."

Yeah, there's definitely a Mad Max current running through there. But it's more like Mad Max if the movie used a bunch of bougie supercars in lieu of a gaggle of heaped-together death-machines.

The Grand Tour comes to Amazon on November 18th, with episodes released once a week following the premiere. You can bet we're excited to see the final product.