Episode Three of The Grand Tour Was Grand

Why wasn’t this episode two? 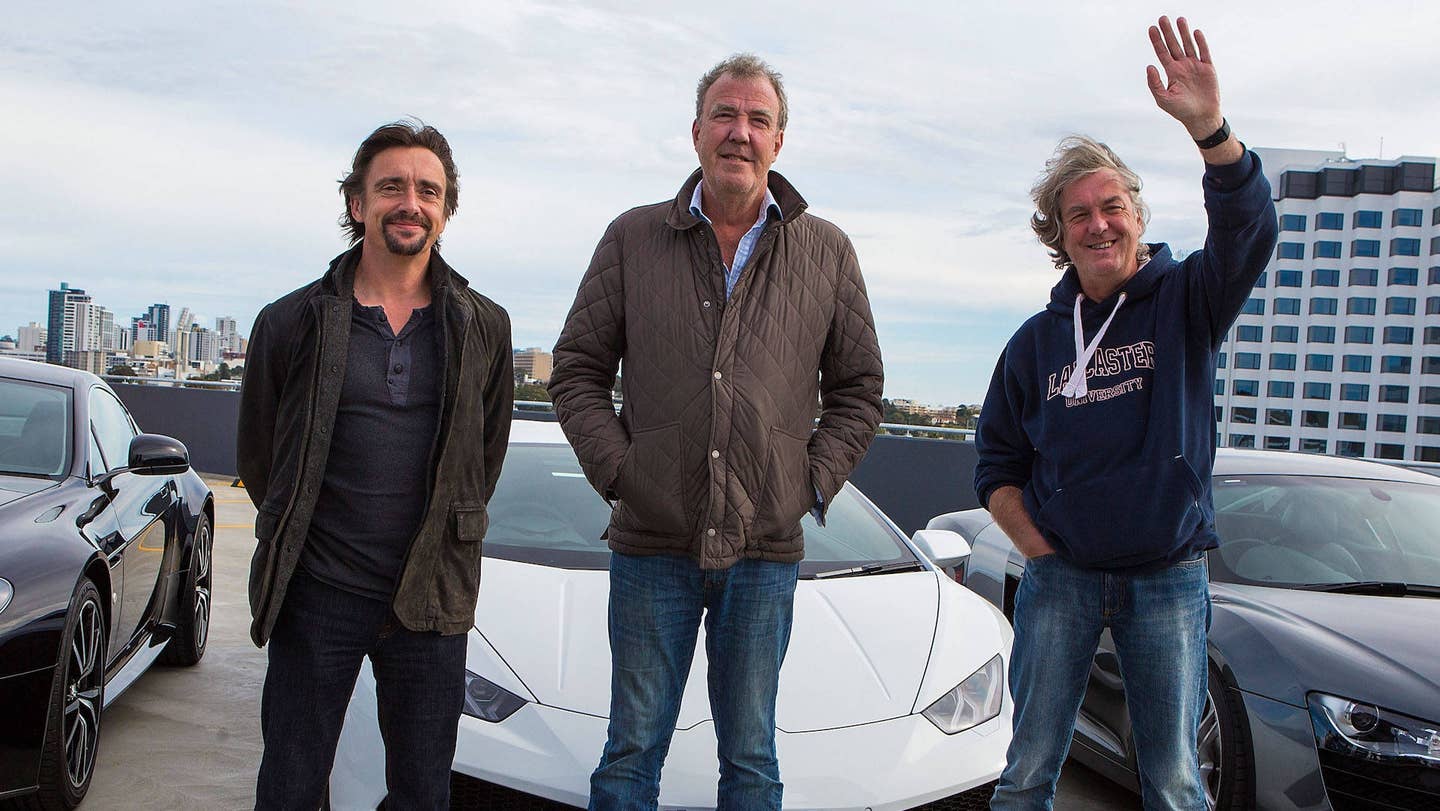 Phew. “Opera, Art and Donuts,” the third episode of The Grand Tour, gets the season back on track. Why Amazon didn’t slate this as the second episode is beyond me, but all of the delicious car in here makes up for the prior week’s misstep. This week, Jeremy Clarkson, Richard Hammond and James May head home to Whitby, England to erect their tent, extol the virtues of the local fish and chips and bestow us with the best driving film to date for The Grand Tour: a grand tour of Italy in an Aston Martin DB11, a Rolls-Royce Dawn and a Dodge Challenger Hellcat.

The choices of chariots for each of the hosts were the most fitting selections we’ve seen to date. Of course Clarkson goes for a bonkers English sports car, May opts for the refined and stately Dawn and Hammond’s love affair with American muscle sees him whipping those 707 horses. Gone is the forced conversation, the scripted bits that felt too refined and rewritten to the point of stripping away the organic nature of the trio’s ribbing. This was a return to peak Top Gear form. Watching Hammond use the Challenger to effectively taunt and troll the other two (and the entire nation of Italy) imparted an ever-widening grin with each successive snarl from the Dodge’s throaty V8 Hemi.

The reviews were great in that they existed and had factual bits about cars! Nice deep dives into what was liked and loved, marked with smart lines, like Hammond’s quip about the Hellcat needing so much air that the second headlight was deleted in favor of an intake port: “They’ve swapped its eye for a nostril.”

Bringing in two tractor trailers full of tires and letting Hammond shred a new set every few minutes into blissful smoky oblivion was a joke that never got old. I’m curious how much Amazonhad to pay to let him do it in certain seemingly-historic places, but whatever the cost was well worth it.

The track segment between the Hellcat and the DB11 was shot and edited beautifully, as was the juxtaposition of May attempting to serenely water paint on the lawn, only to be thwarted by Hammond’s camera-helicopter. While May’s eye-twitch in response to Hammond’s constant annoyance was a little ham-fisted, I do believe part of May really did loathe the Hellcat, or at least Hammond’s in-your-face thrashing of it.

The episode wasn’t perfect, there were some misses. The whole murdering-a-celebrity trope is immensely stale after three episodes and this one included an actual celebrity. Poor Simon Pegg. If The Grand Tourcan’t have a celebrity on because that gets too close to the old Top Gear and thus could bring about a lawsuit from the BBC, as has been suggested, then why continue to beat this dead horse? You’ve made your point, now make some interesting alternative content.

While the Italy film was so welcome and refreshing after last week, I’m just wondering why an Italian ride wasn’t incorporated into the mix. Or at least some sound reasoning to go Italy beyond “that’s what people used to do.” Also, how about some challenges? There was little rhyme or reason for what transpired, and very little take away from the film, beyond the visceral pleasure of watching a Hellcat battle the DB11 around the track and come thisclose to beating it.

Lastly, gifting Hammond something unwieldy because it’s silly felt slightly off, but only because this was a thing we were already introduced to, back in the Top Gear Vietnam special, though there it felt more authentic. Does the callback distract from the humor derived from seeing Hammond strap a massive painting to his Hellcat? Not too much. Still it’s closer to a retreading than a smarter subtle nod or a wink to their past hijinx, and I thought The Grand Tour would want to look to the future and come up with new shenanigans.

Still, plenty of car, plenty of wisecracks, plenty of tire smoke, plenty of Hellcat. All in, some damn fine entertainment and an enjoyable episode.

Plus the one massive error the trio made.