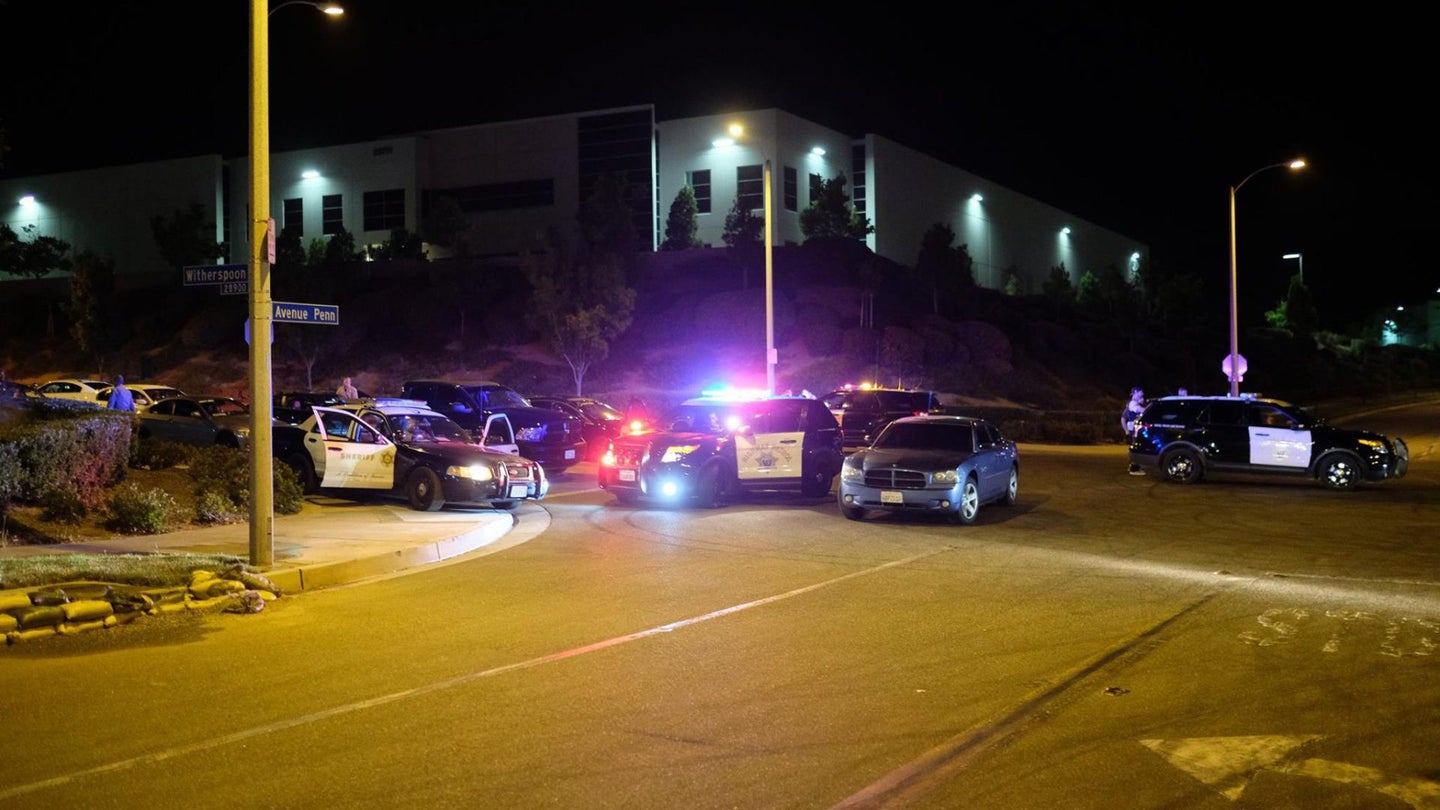 Los Angeles police made a total of 109 arrests last Thursday as part of a countywide crackdown on illegal street racing, reports KTLA 5. An illegal speed event, or "sideshow" as the police refer to it, was busted in an industrial complex near Witherspoon and Avenue Penn in Castaic, leading to the detainment of seven drivers and the citation of 102 spectators. All seven drivers had their vehicles towed. Of the 102 spectators, 17 were minors.

According to officials, the industrial park becomes a popular place for street racers to perform "burnouts, donuts, and drifting" once the sun goes down and the salarymen and -women have gone home for the day. Perhaps some rumble strips will help curb the situation.

Look, we at The Drive love fast cars and big speed as much as the next person, but it goes without saying that illegal street racing is extremely dangerous and ill-advised. If automotive competition is what you're after, take it to the track or try autocross.

That being said, we couldn't help but notice this little nugget in the Los Angeles County Sheriff's Department's official Facebook post on the incident: "Because street racing tends to be an activity of teens and young adults, parents can assist in making sure their children have no involvement with street racing as well as making certain they adhere to local curfew laws. One of the most common danger signs that their child is becoming involved may include having an illegally modified vehicle."

You know who you are.