And it may have been used to smuggle goods across borders. 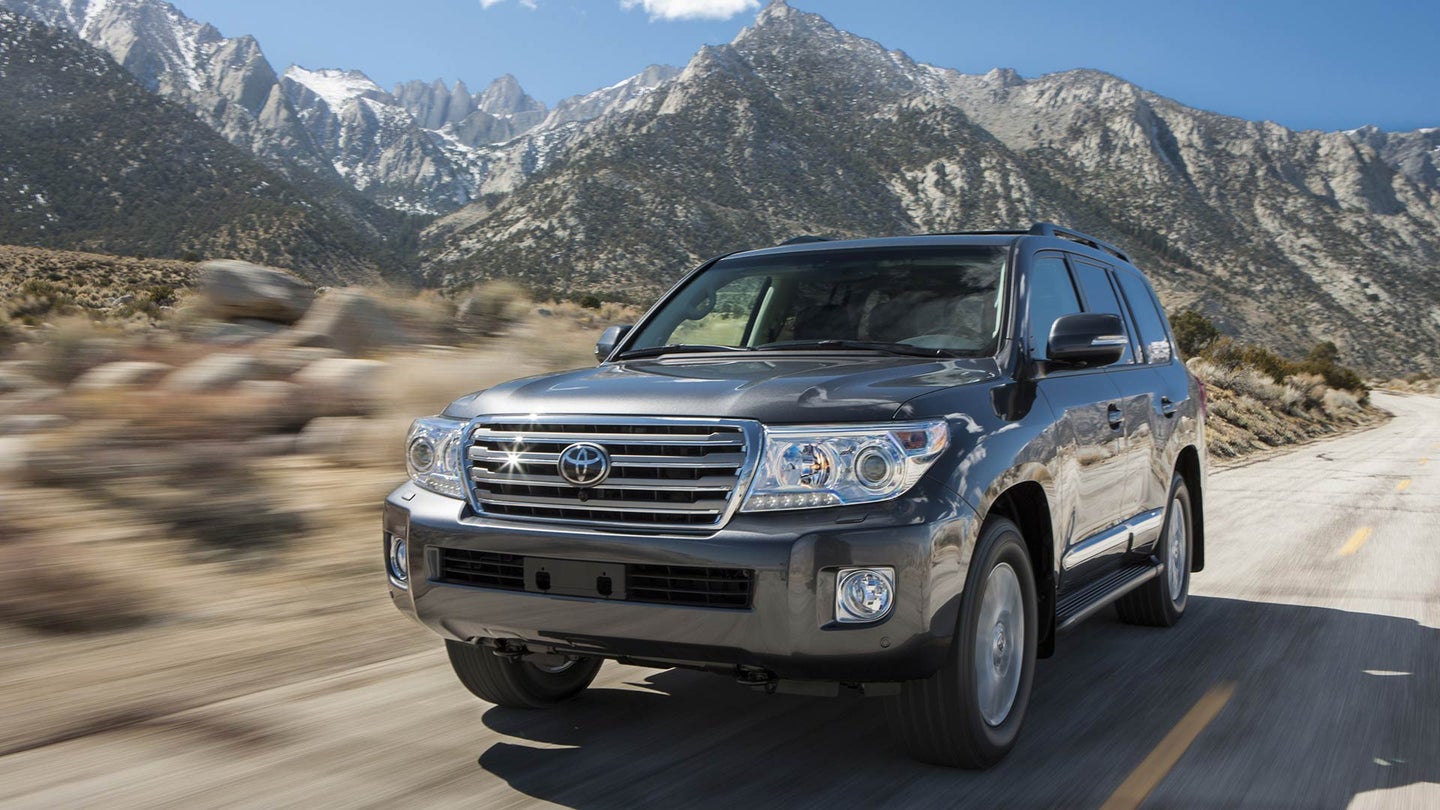 When purchasing a new vehicle, you need to carefully follow a few simple steps. Check the vehicle yourself, check the vehicle's accident history, and do a quick background check on the previous owners. If you fail to do just one of these things, it could quickly bite you where the sun don't shine.

Unfortunately, this happened to Reddit user Delta_Jesus, when he purchased a 2013 Toyota Land Cruiser from Vroom.com. According to the buyer, he took delivery of the Land Cruiser and immediately saw issues with the car. There were massive scratches and other cosmetic damages open delivery that prompted Delta_Jesus to start on the return process (according to Delta_Jesus, Vroom.com has a seven-day return policy).

He then reportedly proceeded to take his wife and two year old daughter on a nice stroll in their new vehicle just to test it out. But after a brief drive, Delta_Jesus heard his rear brakes squeaking, and said he felt all-around uncomfortable with the Land Cruiser's ride. He says he took the Land Cruiser to a mechanic...where he discovered there were no rear brake pads. The inspection of the vehicle revealed the Toyota had also suffered an undocumented rear-end collision and several other concerning finds, according to Delta_Jesus.

The new owner says he did a little digging, and discovered the Land Cruiser had been previously owned by deceased General Gabriel Atondo Kpamber of the Nigerian Army. According to news reports, the general died in May of 2016—but before he passed, he had reportedly made quite a bit of money selling conflict diamonds during the Sierra Leone civil war.

To sum up: Delta_Jesus purchased an 2013 Toyota Land Cruiser with 15,000 miles off a website for $57,295.09, only to find it was owned by a questionable individual in another country who was known for making money in the illicit diamond trade. So, Delta_Jesus: Gut that for diamonds before returning the ill-kept Land Cruiser. The fact that this vehicle was shipped to America when it could have easily sold for the same amount or more in Nigeria—where these vehicles are quite popular, according to other Redditors—is rather suspect.

UPDATE: Vroom has refunded Delta_Jesus every penny he paid for the Land Cruiser.

If a fix is found, Porsche already has 1,500 Cayennes waiting to be offloaded.