Ward's classic frame-off restoration jobs are getting newer and newer these days. 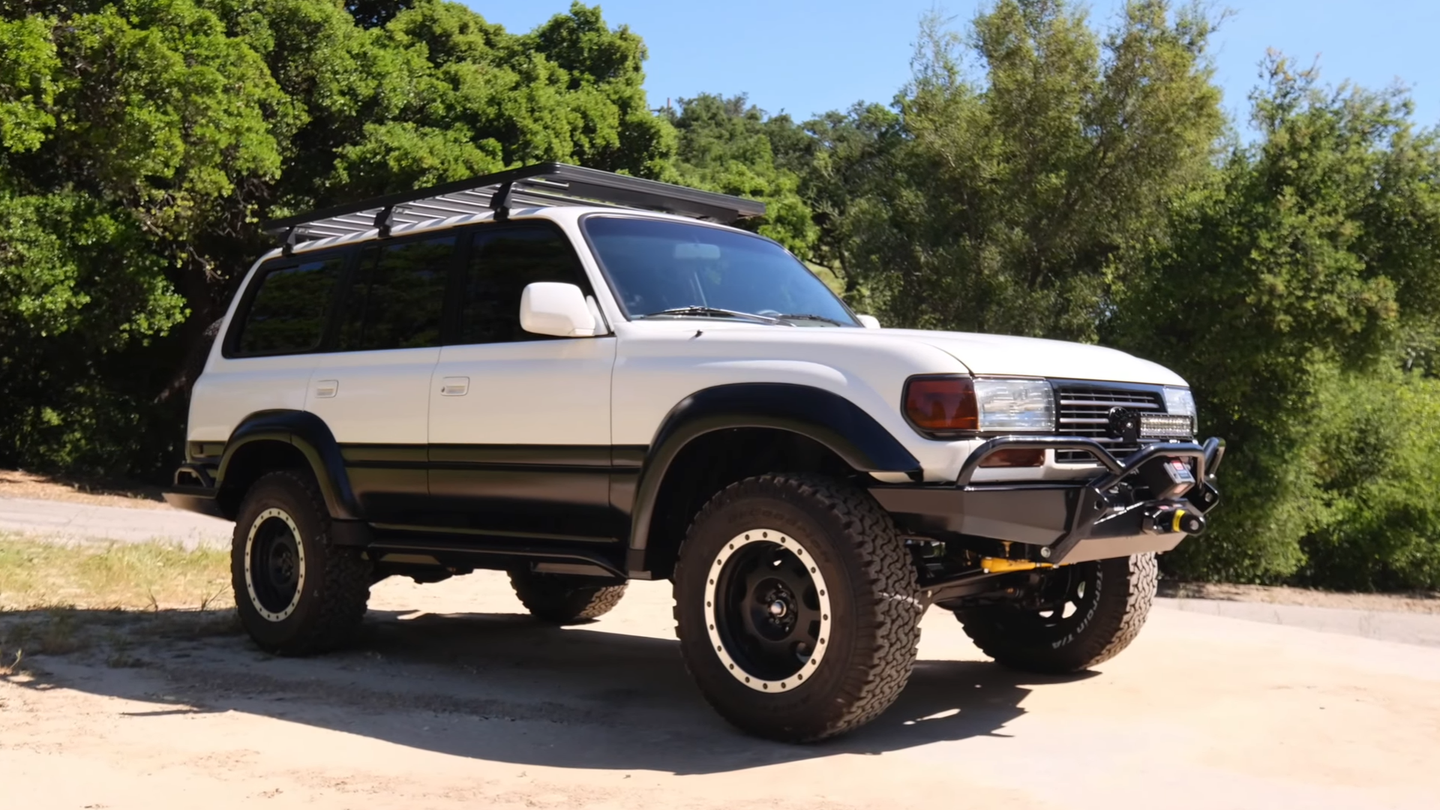 Many of you are probably familiar with ICON, the California outfit that re-imagines all manner of vintage cars and trucks with completely new mechanicals underpinning a refreshed but classic body. But founder Jonathan Ward is also the brains behind TLC, one of the country's most pre-eminent one-stop shops for Toyota Land Cruiser restorations. And while they might be better known for rescuing older trucks like the FJ40, his latest video shows off their newest creation special ordered by a lucky client—a frame-off rebuild of a 1996 Land Cruiser V8 resulting in what might be the nicest J80 series in existence.

The video explains this truck received the company's "Stage Three" restoration treatment, where Ward and his team strip the Cruiser down to the frame and essentially completely rebuild it with all new or restored parts, a mix of OEM and aftermarket upgrades to add capability and durability while preserving its original essence wherever possible. Anything you can think of has been redone—axle components, wheels, brakes, the entire suspension, the transfer case, the engine, the transmission, and literally every square inch of the interior has been brought back to a basically brand-new state.

On the outside, a flawless body, new off-road bumpers, rock sliders, roof rack, and a two-inch lift hint that this is no ordinary Land Cruiser. But it's really not until Ward takes us up close that the extent of the restoration really comes into focus. The undercarriage shines like obsidian, the nineties Toyota plastic (all completely re-coated) covering the interior didn't even look that good from the factory, the leather seats look to have never seen a butt, and that LS3 V8 engine is hard to miss when he pops the hood. It's almost hypnotic listening to him go through everything the team replaced, and the results are undeniable.

It's also heartening to see this kind of love being lavished on a relatively modern machine—it does make us feel old that cars and trucks from the 1990s are starting to attain "classic" status in some minds, but in a way the end result strikes a deeper chord than it would with a 40- or 50-yea-old Land Cruiser. It's like time traveling to a recent and familiar past.