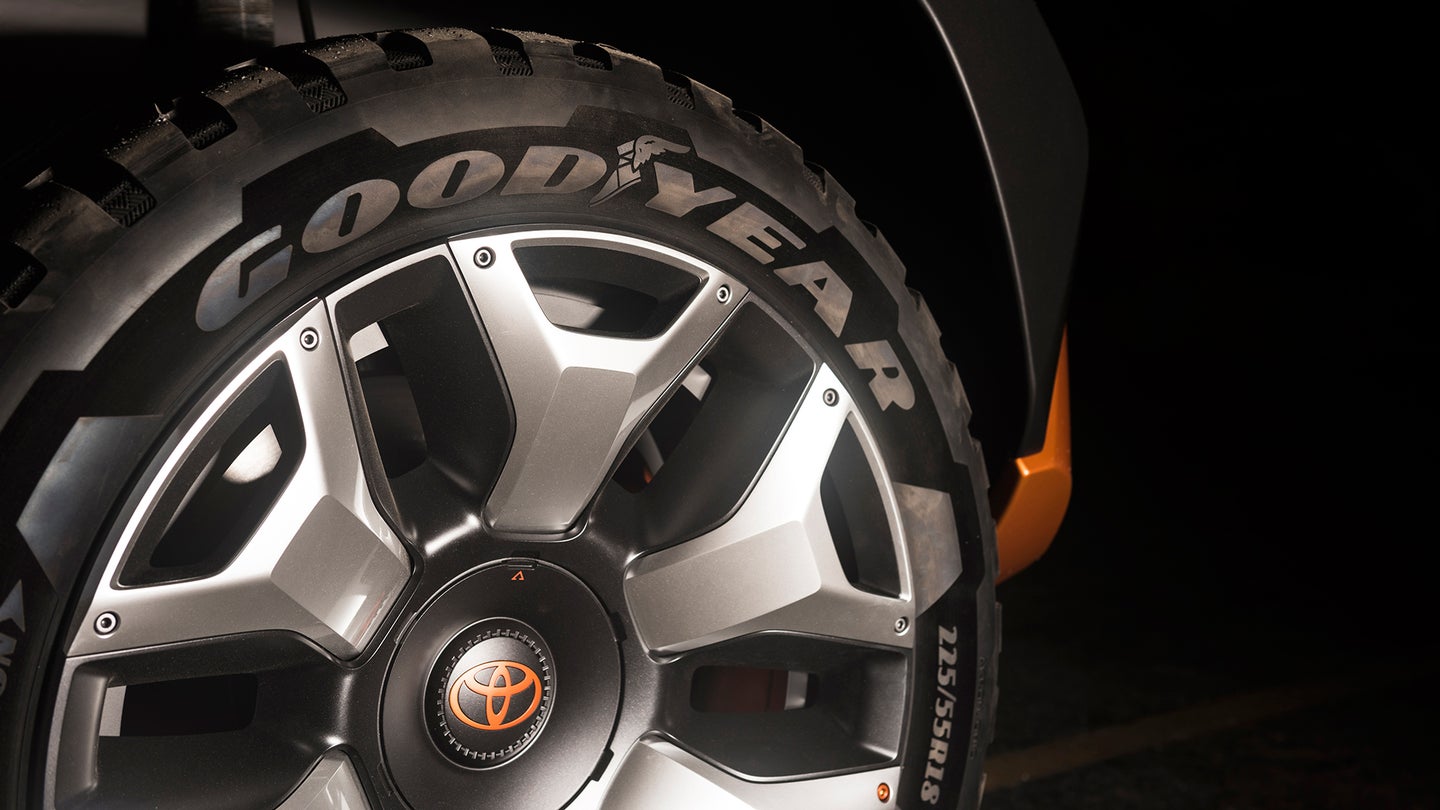 You can't keep a good off-road legacy down. On Wednesday, Toyota released a teaser image for a New York Auto Show-bound vehicle called the FT-4X—a concept that seems to draw upon the carmaker's rich legacy for whipping up spectacular off-roading machines.

At first glance, you might be forgiven for thinking the teaser shot is an ad for Goodyear, not a promo for Toyota; it's a close-up of some aggressive off-road rubber, wrapped around a beefy tri-tone wheel and tucked below a black fender. The only hint given about the vehicle itself is the tiny piece of orange sheetmetal barely visible at the leading edge of the vehicle, suggesting those burly tires have been pushed as close to the corner of this Toyota as possible—presumably, to reduce the front overhang.

But even without a shot of the wheel-and-tire package, the new vehicle's name alone would seem to be a clue as to its intentions. While all-wheel-drive can seemingly be found on vehicles of all shapes and sizes these days, bridging the number 4 and the letter X together has a fairly strong association to anyone who remembers when off-roaders were commonly known as "four-by-fours." ("FT," of course, is Toyota-slang for "concept car.")

Toyota USA also teased the new FT-4X concept on Twitter, complete with a link to watch a livestream of the car's debut at the New York show.

While Toyota has a long, rich legacy of building dynamite, off-road-ready SUVs—see: The Drive's project FJ62 Land Cruiser—the company's American showrooms have seemed all the more empty since the retro-styled FJ Cruiser was axed last year. While it didn't sell in great numbers in America during its later years, the model has proven to have a loyal fanbase that's kept resale values high. (Just check out the prices for used ones on eBay if you don't believe us.)

Given that...we wouldn't be shocked to see the FT-4X turn out to be a compact SUV ready for rock-crawling. But we'll find out for sure on April 12th.