The electric car company just skirted past the Bavarian luxury carmaker for the position. 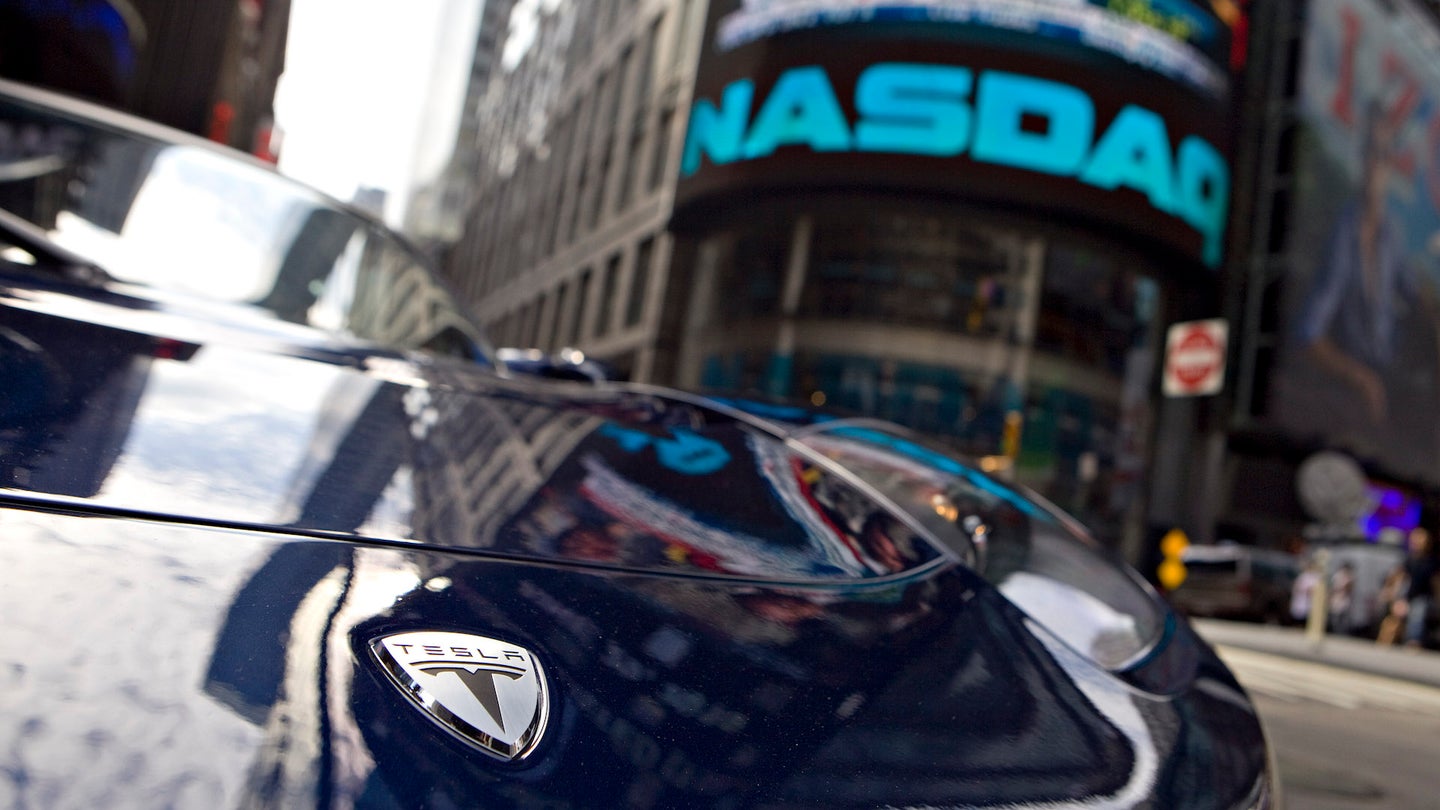 Tesla has charged its way up the market to reach the spot of fourth most valuable car company in the world after its stock jumped 1.4 percent Friday morning, according to Bloomberg.

Following its bump in value, Tesla's market capitalization stands at $61.6 billion. According to Bloomberg, that's a solid $280 million more than where BMW stands as of this story's publication.

At $61.6 billion, Tesla now only stands behind Toyota, Daimler, and Volkswagen in the global automotive market capitalization race.

The stock rise comes after a shareholder meeting earlier this week where Tesla CEO Elon Musk confirmed a handful details about the company's upcoming products such as the Tesla Semi and Model Y. Musk also confirmed at the meeting that the company is on track to begin mass-producing its upcoming Model 3 entry-level sedan.

Standing among these massive auto groups is impressive for a such a small automaker—Tesla delivered less than 80,000 cars in 2016. In contrast, GM sold more than 10 million cars, according to Bloomberg.