Turns out being plain vanilla is pretty dang good for business. 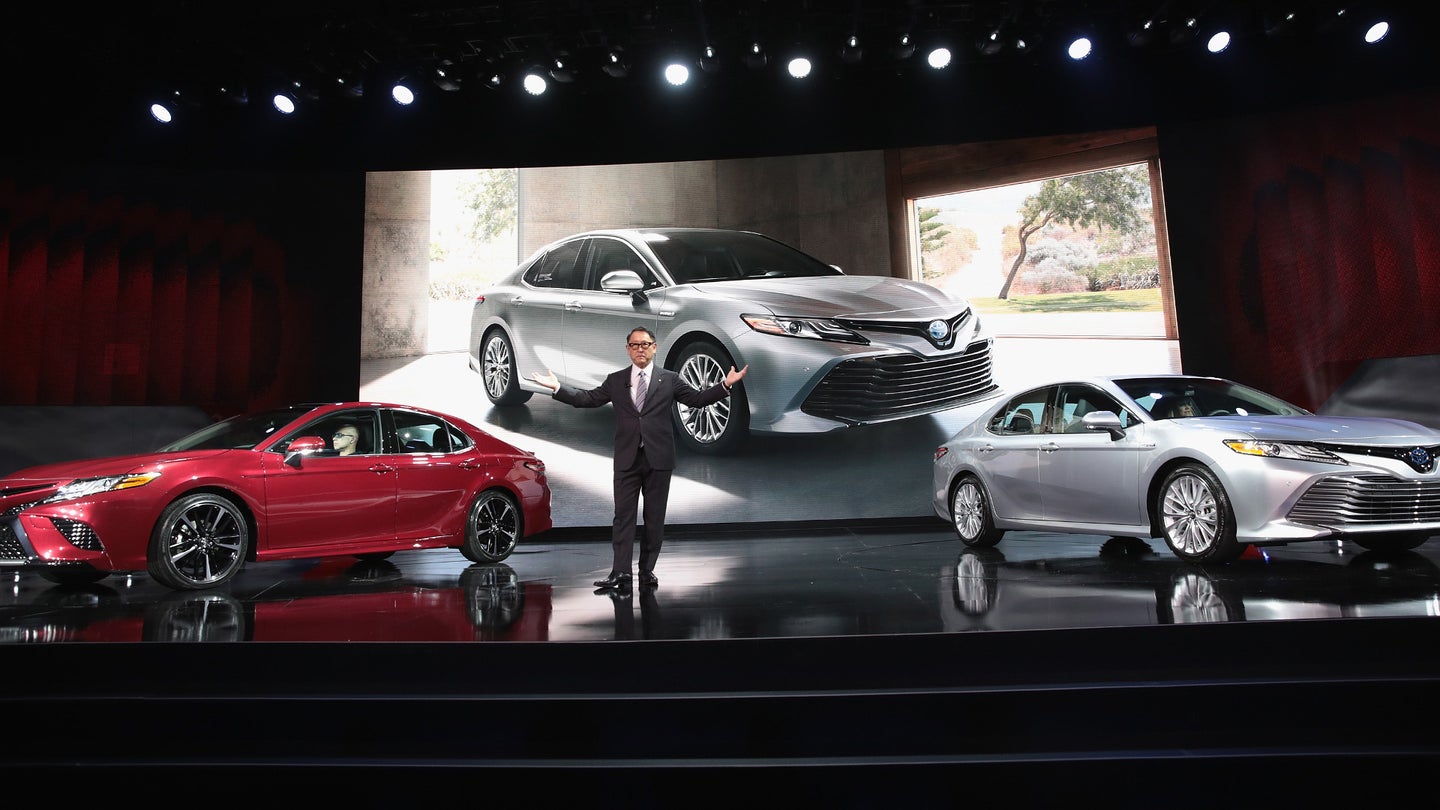 All work and no play makes Toyota a dull boy, but also a very rich one. According to a new market research study surveying the world's 100 most valuable brands, the fine purveyor of not-boring cars is once again king of the automotive hill, holding off perennial challengers like BMW and stock-market-darling Tesla to take the number one spot for cars for the second year in a row—and 10 of the last 12 overall.

Yes, Toyota is still selling enough Corollas and RAV4s and cashing in on its reliable reputation to stay on top with a $28.7 million valuation, despite losing three percent of its value compared to last year. It's not alone in that regard—six of the top ten car brands had flat or negative growth over the last fiscal year, with BMW (second) and Honda (fifth) each dropping 8 percent. The overall value of all top 10 brands combined was flat as well versus 2016, and down 6 percent since the study was first conducted in 2005.

Despite that industry-wide slump, there are a few bright spots on Kantar Millward Brown's list, which is compiled through a combination of consumer data analysis and financial research. Land Rover, Porsche, and Tesla all scored double-digit growth, each for very different reasons that illustrate some of the key trends underpinning the automotive market today. Land Rover has been riding the SUV wave with some of the best trucks currently on sale, Porsche continues to corner the enthusiast demographic and generate insane profit margins, while Tesla has become the obvious vanguard for our electric future.

Perhaps that's why the experts interviewed all cite "brand purpose" as one of the key drivers behind sales—and therefore value. All three of those automakers are known for excelling at pretty much one thing, and one thing only. As the study points out, "differentiation" across the industry has shrunk on multiple fronts—competing luxury brands all have very similar model lineups these days, while the line between mass-market (like Toyota) and luxury has blurred as lower-priced cars are packed with features that used to be reserved for the upper crust. Nothing really stands out to the non-enthusiast buyer.

The result is consumer malaise, something even mighty Toyota won't be able to stave off forever. And that's especially problematic as companies are forced to balance maintaining existing internal-combustion product lines with investments in electric and autonomous cars. That's why Tesla's value is growing the fastest...despite the fact that it still doesn't make a profit. It's the only one able to go all-in on the future, and that has people taking notice.

Mercedes-Benz Outsells BMW in 2016 and Wranglers May Get A Hybrid Powertrain: The Evening Rush

Plus, Duke Cannon soaps to keep you from stinking everything up.