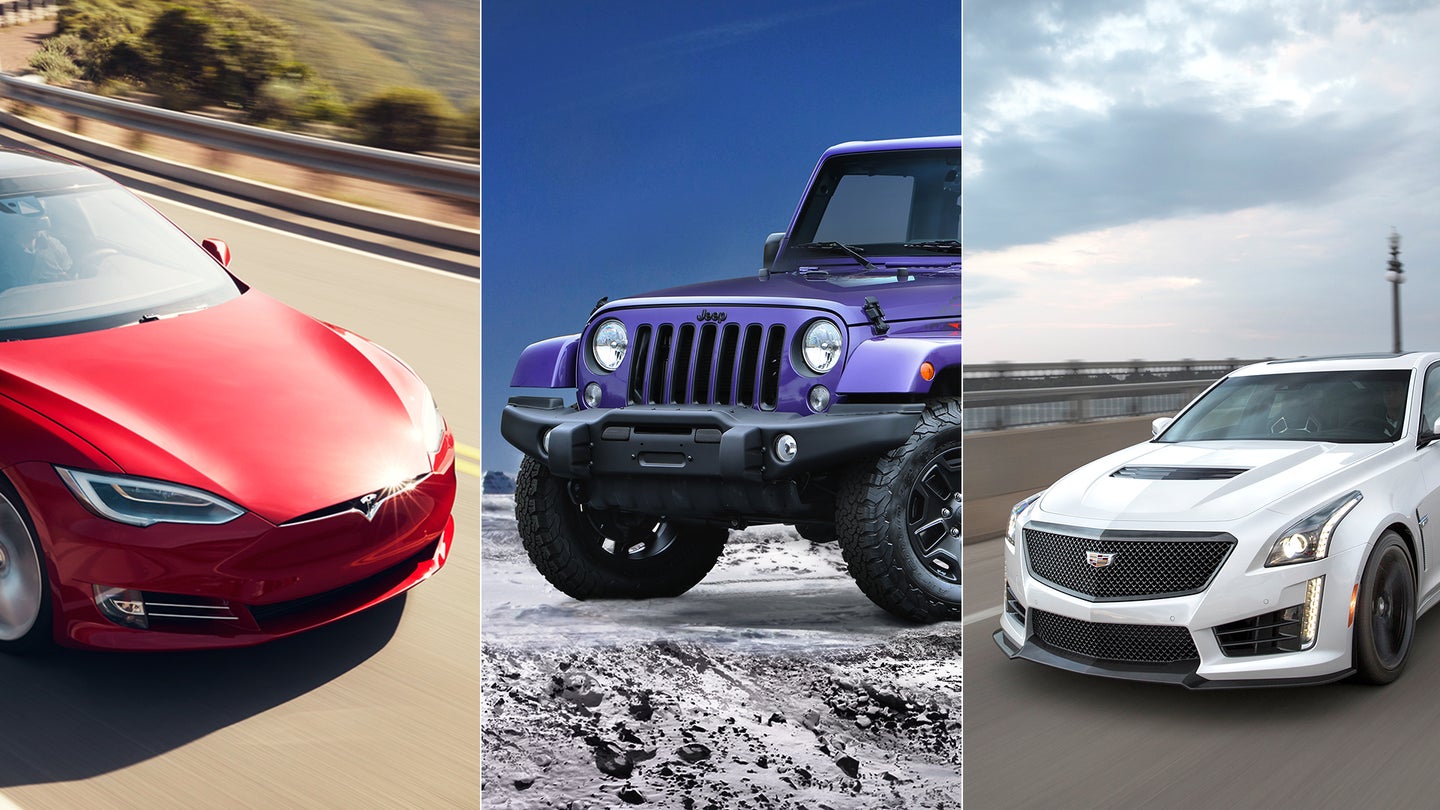 Thanks in no small part to the vociferous tweets and shouts of Donald Trump on the campaign trail and in the White House alike, the issue of automotive manufacturing in America has become a hot-button issue in the United States in recent months and years. Yet globalization has made automaking into a multinational business. Today, American carmakers build cars abroad and ship them to America just as readily as foreign automakers set up factories here to build models in the U.S. So which companies actually build the most models here?

To find out, The Drive's corporate cousins over at TIME analyzed American University's 2016 Auto Index, which provides a deep dive into what percentage of every car on sale in the country today's makeup comes from the U.S., and figured out what percentage of the various automakers' products are built in America.

The winner, by percentage: Tesla, which makes each and every car it builds in the United States. Jeep came in second, with 89 percent of its models built in America; every off-roader in the company's lineup, apart from the Italian-made Renegade, hails from this country. Cadillac came in third, with 86 percent of its models being made in the U.S.; Dodge was fourth, at 83 percent, while GMC rounded out the top five, with 80 percent of cars being built here. (You can see the entire list, including specific models, by clicking here.)

On the other hand, no fewer than nine car brands scored a big goose egg when it came to the number of models built here. Porsche, Audi, Jaguar, Land Rover, Mazda, Mitsubishi, Fiat, Mini, and Smart all import every vehicle they sell in the United States. (Scion was also on the list, but since the brand no longer exists and its models have been integrated into the Toyota lineup, we figured it wasn't worth including here.)

All told, roughly 65 percent of the roughly 17.5 million passenger cars and trucks sold in the United States in 2015 were made in America, according to TIME.

On multiple occasions before his inauguration, Trump declared an intention to pass a 35 percent tariff on cars imported into the United States. That, obviously, would prove a massive blow to automakers that build cars overseas...which, as you can see, pretty much means everybody but Elon Musk and Co.

FCA is doubling down at NYIAS with the Trackhawk and the Dodge Challenger Demon.