The Ford Fiesta Gets a Boost: The Crossover Fiesta Active 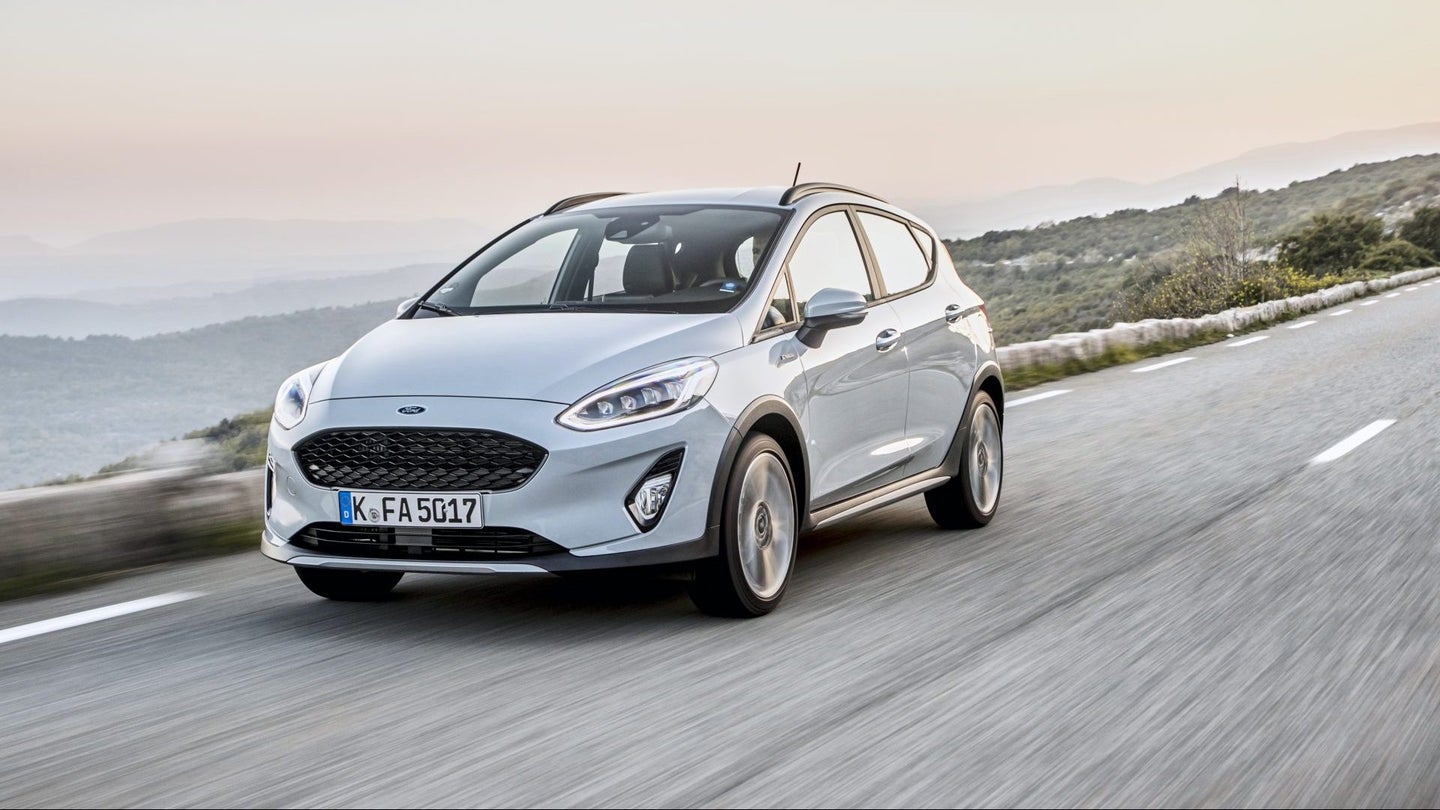 Ford announced the debut Monday of a new crossover, the Fiesta-based vehicle named the Fiesta Active, to capitalize on the market's insatiable demand for that body style.

Ford says the Fiesta Active is a part of a new product family, "Active," inspired by its more capable SUV cousins. The first of these vehicles is known to be the Fiesta Active's bigger brother, the Focus Active, which is near identical to its hatchback likeness.

For says the Fiesta Active differentiates itself from the base model Fiesta with higher ride height and suspension balanced between driving dynamics and "rough-road" capability. At no point in its press release does Ford promise it to be an off-roader, and the apparent unavailability of all-wheel-drive supports this. The Fiesta Active nevertheless dons the clothing of a more capable vehicle, with its expanded wheel wells, roof rails, and alloy wheels exclusive to the Active model.

Ford reiterates the Fiesta Active's intent as an on-roader with its focus on driving dynamics, meant to replicate the experience of the lower Fiesta, with an added emphasis on road safety and maintaining drivability in suboptimal road conditions. Its driver-assist systems, which watch the road as far away as 130 meters (427 feet), offer Ford's existing suite of safety aids, which watch for all forms of traffic both wheeled and not, road signs, and control high beams automatically.

Multiple driving modes, which include Normal, Eco, and Slippery, keep traction in check, despite the limitations of front-wheel-drive in rainy or icy weather. Eco will be available solely on cars equipped with the six-speed manual transmission, which may in part redeem the car in car snobs' eyes.

Powertrain options include the 1.0-liter Ecoboost three-banger and 1.5-liter TDCi turbodiesel, both of which are available with the above six-speed.

The Drive reached out to Ford for more information about the Fiesta Active, the company didn't immediately respond.

Ford began the crossovication of its product lineup with the extermination of sedans in the United States, preceded months prior by the discontinuation of the Fiesta in this market. Whether the Fiesta Active will be sold in the U.S. is not yet known, and evidence favors both sides.

The Fiesta may be dead stateside, but Ford acknowledges the demand for hatchback-based crossovers, and will bring the Focus Active to America. Until Ford makes up its mind, The Drive will speculate no further on the Fiesta Active's availability in the United States.

The legendary Detroit building could house Ford’s own autonomous and electric vehicle teams.