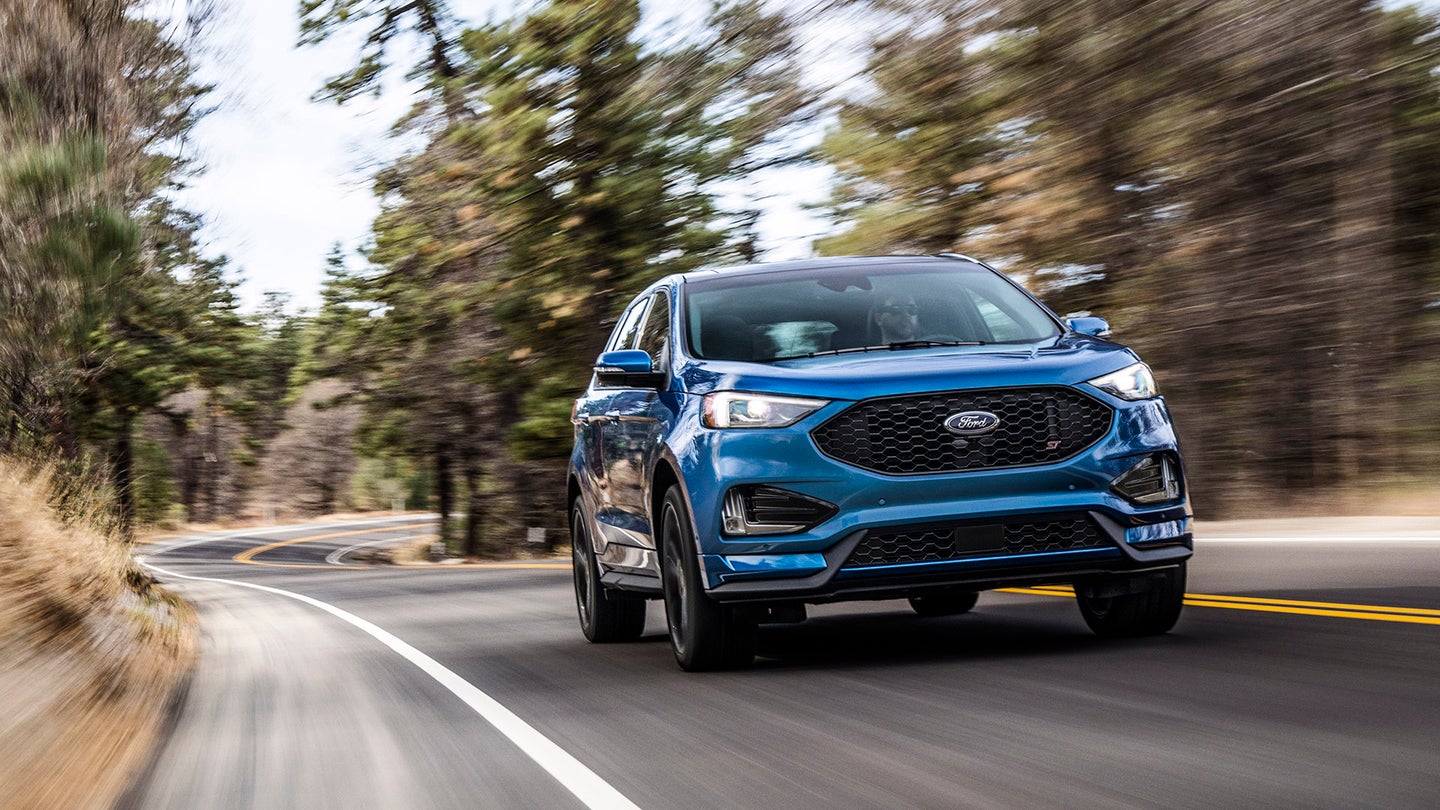 The recently-launched 2019 Ford Edge ST, FoMoCo's first real stab at a performance SUV, might have a fraternal twin in the future bearing two other letters that hold a special significance to Ford fans. In an interview with Motor Trend, one of Ford Performance's head engineers hinted at the distinct possibility of a Ford Edge RS to further sharpen the family hauler. That would ultimately make it a successor to the dearly departed Ford Focus RS, the hot hatch whose next generation won't make it to these shores. America: land of the free, home of the sporty crossovers.

Ford Performance Chief Functional Engineer Ed Krenz had a lot of specific answers at the ready when Motor Trend raised the hypothetical of an Edge RS, ticking off every area on the car that would need improvement. The RS badge might not have the historical cache of BMW's M or Mercedes-AMG, but the standard set by the angry, raw Focus RS means the Edge would need some significant reworking.

If we decide that we want to do it. Krenz is right that they have everything for an Edge RS at the ready—adaptive suspension, torque-vectoring all-wheel-drive, and bigger V6s are found in other Ford vehicles—and it's impossible to believe that Ford hasn't at least entertained the idea given its ongoing shift to an all-pickup-and-crossover lineup (save for the Ford Mustang). So it's simply a matter of business case, and we'd be surprised if Ford doesn't see one soon enough.

The 2019 Ford Edge ST doesn't quite carry the badge the way the Fiesta and Focus do; though its 335-horsepower V6 engine is a nice touch, it's not really the nimble performance bargain those two hatchbacks represent. Should Ford move forward on an Edge RS, we'll have to wait and see if it carries over the tradition of manual-only RS cars. Our guess? Not likely.

"I think there is definitely a manual transmission enthusiasts group. It's something on a Mustang product that we refused to walk away from, the manual transmission," Krenz told Motor Trend. "You know, the Fiesta and Focus STs traditionally have had that capability. I think we're gonna learn a little bit, whether or not this segment really requires that."