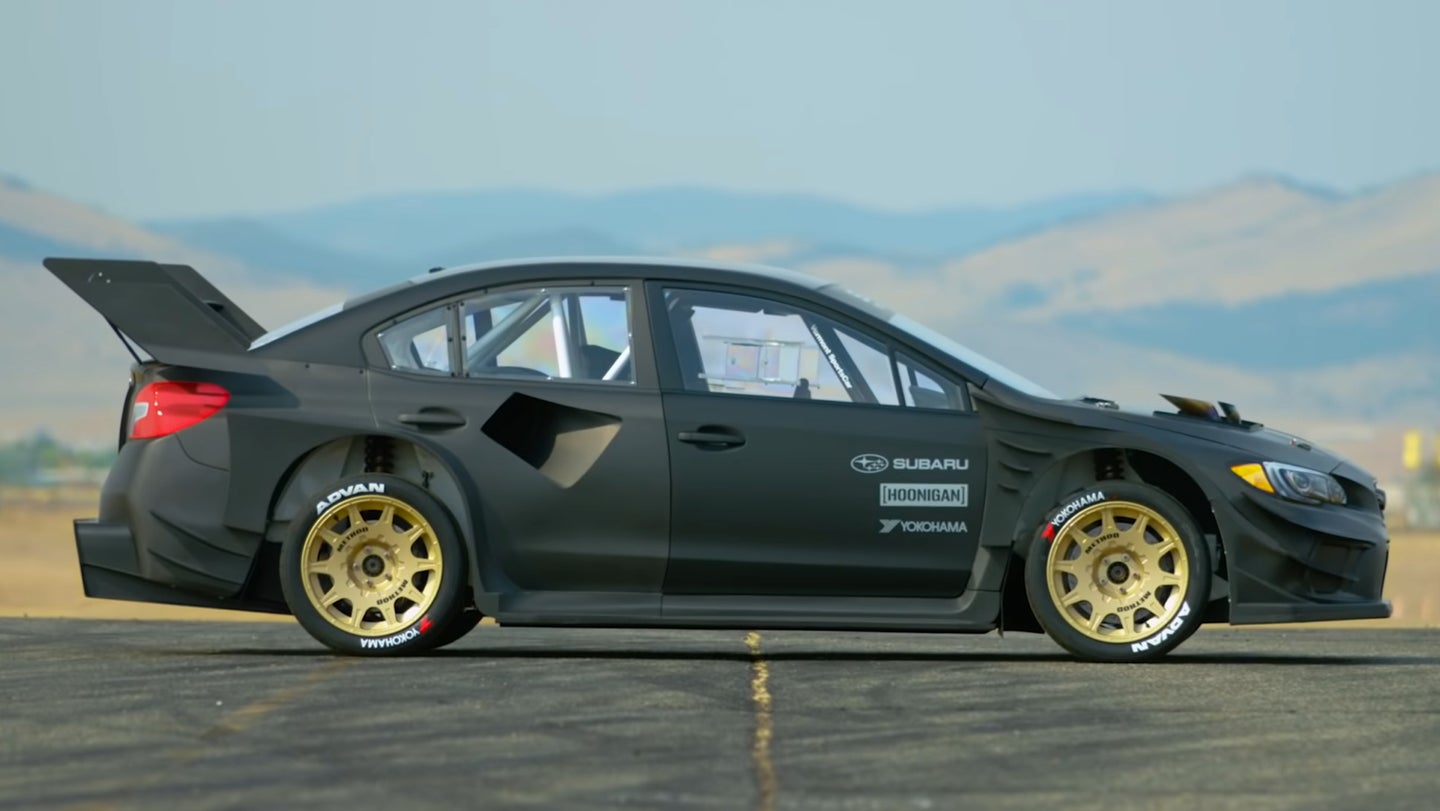 The Gymkhana series is back for an eleventh installment with a new driver but a very familiar marque. Pro racer and Nitro Circus madman Travis Pastrana is taking Gymkhana back to its roots by bringing Subaru back into the series for the first time since 2009's Gymkhana Two.

Just as Ken Block switched to Gymkhana-ing Fords when he switched to racing those, Pastrana has raced Vermont SportsCar-prepped Subarus since 2003. So, it's not too much of a surprise to see Subaru back in a Gymkhana video because of that tie-in. What is a surprise, though, is just how intense the WRX STI that Vermont SportsCar built for Gymkhana really is.

Instead of whipping out one of its existing rally or rallycross builds, Vermont SportsCar chucked every series' restrictive rulebooks in the garbage and made this WRX STI just for stuntin'. Vermont SportsCar has managed Subaru's factory racing efforts in the U.S. since 2005, so they no doubt had some ideas on where to start.

Every opening to guide air through the car's intakes and aerodynamic elements is absolutely gigantic. There seem to be canards everywhere they could stick them, even past the wheel on the enormous boxy fender flare. The exhaust sticks straight up out of the hood. The two-tiered wing is bigger than some park benches. That diffuser sticks way out beyond the rear bumper, too. It is a carbon-fiber masterpiece.

In addition to showing off the new ride, the Hoonigans offer a few interesting tidbits into how the Gymkhana sausage is made. Driving for show is a whole different skill than driving for speed, as the smoother, less flashy maneuvers that win races often don't look as cool for the cameras as slower sweet drifts and more exaggerated tricks.

Likewise, the grippiest racing tire isn't the one that came away as the favorite to use—they preferred a street tire instead because it will make more smoke.

This isn't the final look for the Gymkhana 11 Subaru as a racing-style livery will go on later, but it's beyond cool to see all of the details in the bare carbon fiber.