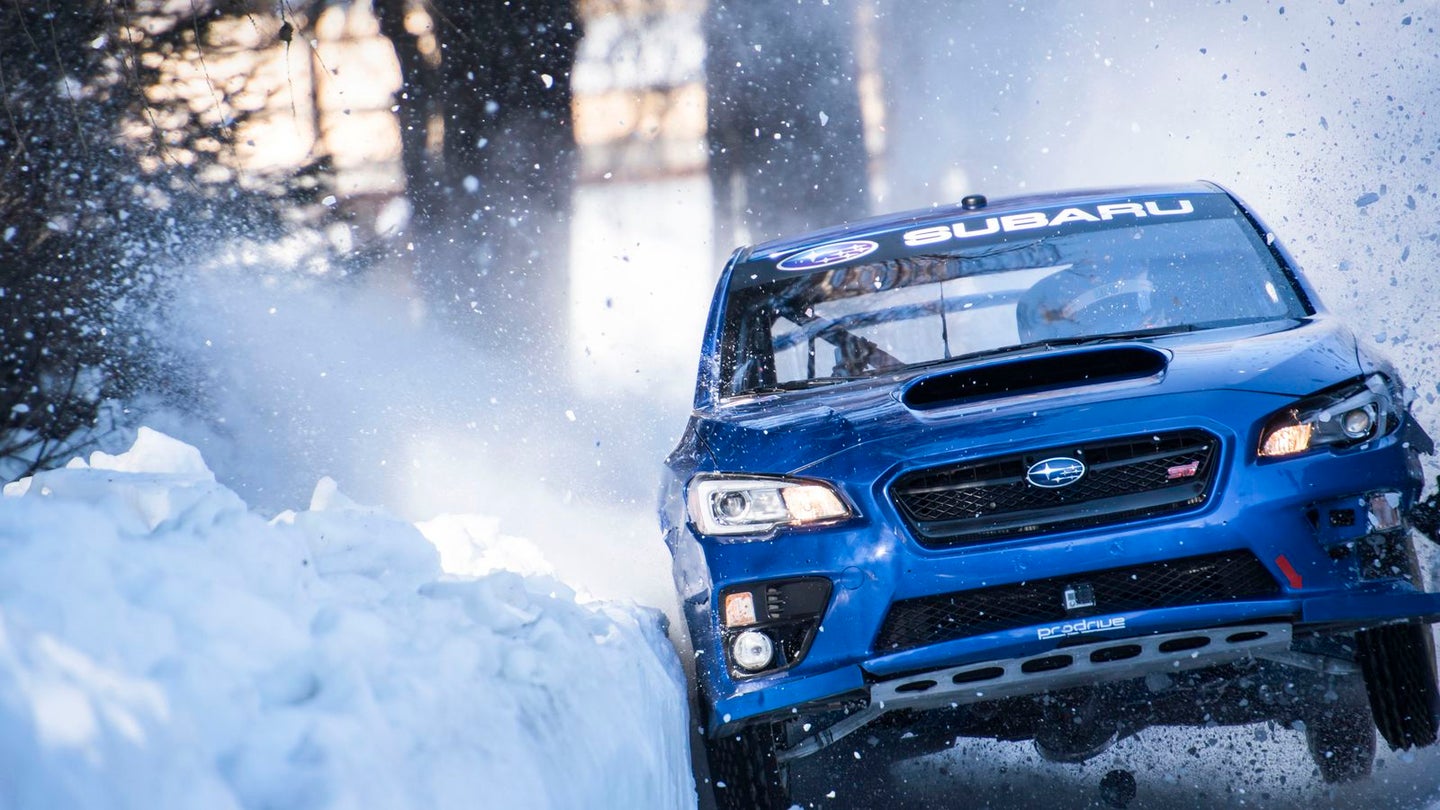 You may remember Subaru's recent stunt run down a mile-long bobsled track. The video showed a heavily modified WRX STi sliding through one of the more improbable terrains, even for a Subaru, making it a real case for marvel and awe. The driver was none other than two-time Isle of Man TT Champion Mark Higgins, perhaps the only driver with huevos large enough to attempt the task. Although the previously released footage seemed like smooth sailing, this behind-the-scenes action shows just how much went into the making of the viral video. After all, it can't be easy to fit a four door sedan into a narrow bobsled hill.

Vehicle modification was extensive to say the least. Subaru oversaw the project while the guys at ProDrive made the alterations that allowed the STi to make the famous pass. They upfitted the car with a host of body panels and armor to launch it through St. Moritz-Celerina Olympic Bobrun, including a redesigned roll cage, beefier front bumper and side skirts, and near flat-resistant tires.

In this video, you can see the entire team give a demo of the antics. Everything from measuring widths to creating a perfect surface for the car was a challenge, but it seems to have paid off well for Subaru: the video has been seen nearly 1.4 million times in just six days.

This definitely fits the description of "do not try at home."

By Restaging an Evel Knievel Stunt, One Man Can Redeem His Father