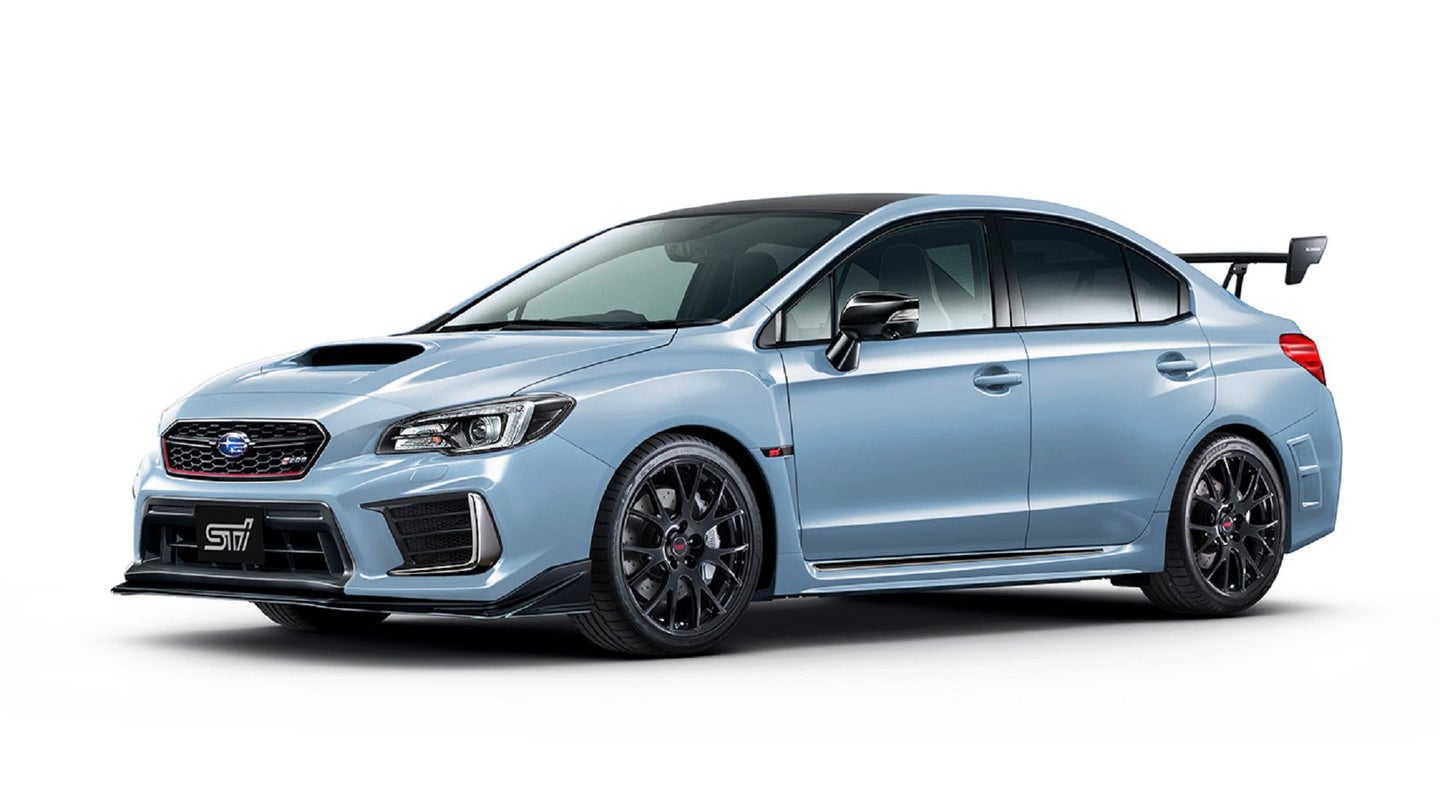 Subaru has unveiled yet another special edition of their WRX STI rally-car-for-the-street. Dubbed the S208, this limited-run STI will boast a handful additional aero bits, slightly racier interior details, and "improved engine output."

Subie was coy about exactly how much power the S208 will put down, but considering 2015's S207 STI made 323 horsepower, 18 more than a stock, standard STI, expect it to exceed or at least match that number. Other go-faster enhancements include a carbon roof that lowers both the car's center of gravity and curb weight and tweaked suspension for greater agility.

Here's the catch though: Just like the S207 before it, the Subaru WRX STI S208 will only be available in its home country of Japan. And even if you are a die-hard WRX fan who happens to reside in the home of ramen and anime, your chances of snagging one aren't great. Only 450 will be built and sold by lottery. Those interested can throw their names into the hat at any Japanese Subaru dealer and keep their fingers crossed.

The Subaru WRX STI S208 will be on display at next month's Tokyo Motor Show.