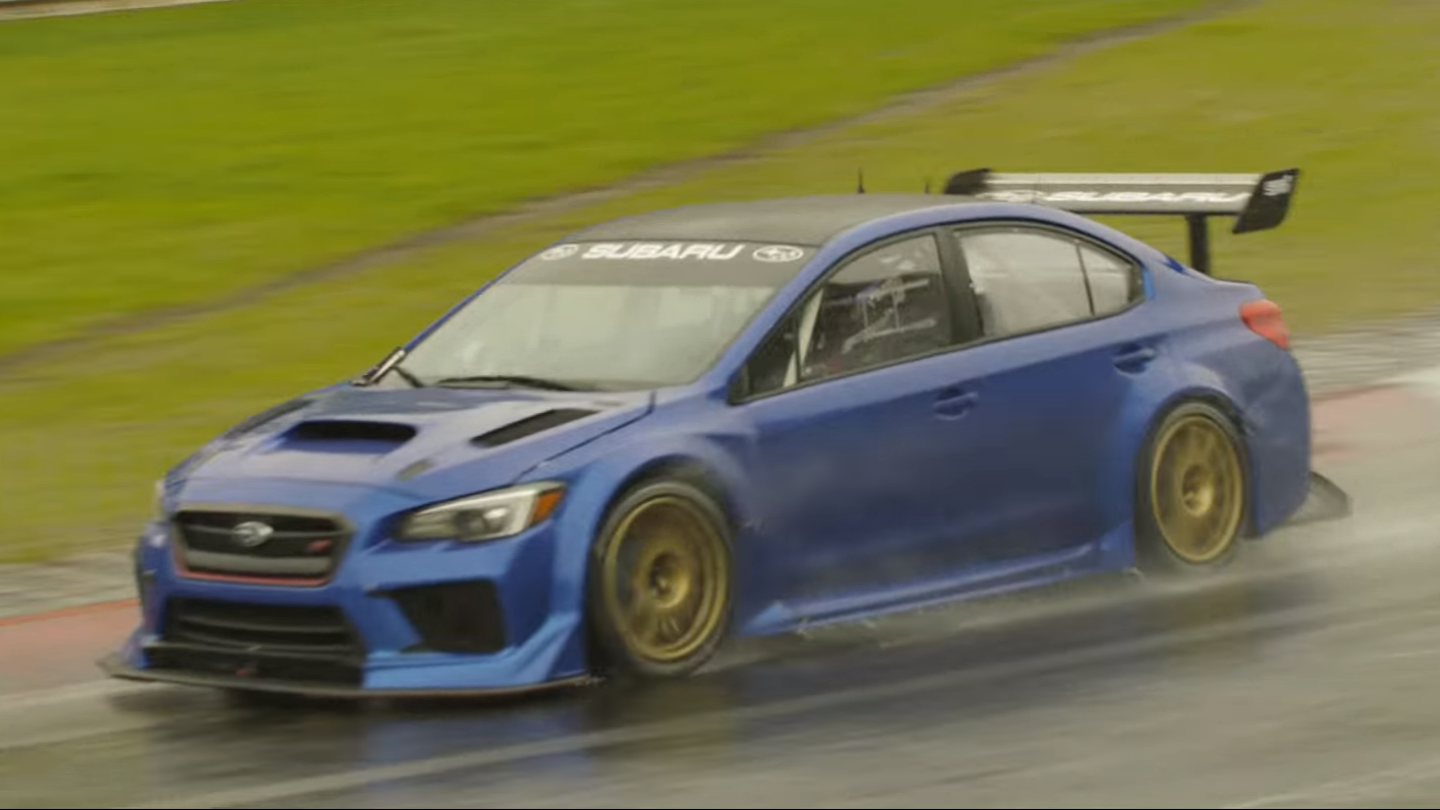 Recently, Subaru ambitiously took its WRX STI Type RA NBR race car to the Nurburgring to take a shot at the four-door lap record. This 600-horsepower alphabet soup car is a revised version of the car that broke the Isle of Man lap record for a car last year.

The current four-door lap record is held by the Alfa Romeo Giulia Quadrifoglio. Last September, the Alfa took its record back after a brief dethronement by Porsche's Panamera Turbo. An automatic transmission-equipped Giulia took back that record with a vengeance, crushing the Porsche by six seconds. and setting a new record of an astounding 7 minutes and 32 seconds.

Unfortunately, when Subaru got its car to the ‘Ring, the weather precluded the possibility of breaking any records. The rain was bad enough that even a wet track record was a long shot. However, the carmaker ran the car anyway with 25-year-old Richie Stanaway, who has experience on the Nurburgring and at Le Mans, behind the wheel. Since the cool car and the good driver were already there, Subaru decided to make a video showing the modified STI doing its very best on a very wet track.

Full disclosure: While I was watching this video, I had to double check that it was made by Subaru and not some YouTube amateur. It looks like Subaru is using the same tricks like camera angles, music, and words on the screen that a lot of their fans use on the video site. I get what they're trying to do, but it comes across as trying a little too hard to appeal to the tuner crowd.

The good news is, you'll be able to get your very own Subaru WRX STI Type RA pretty soon.