Bitcoin introduced the world to blockchain. Now Porsche is introducing blockchain to the automotive industry. 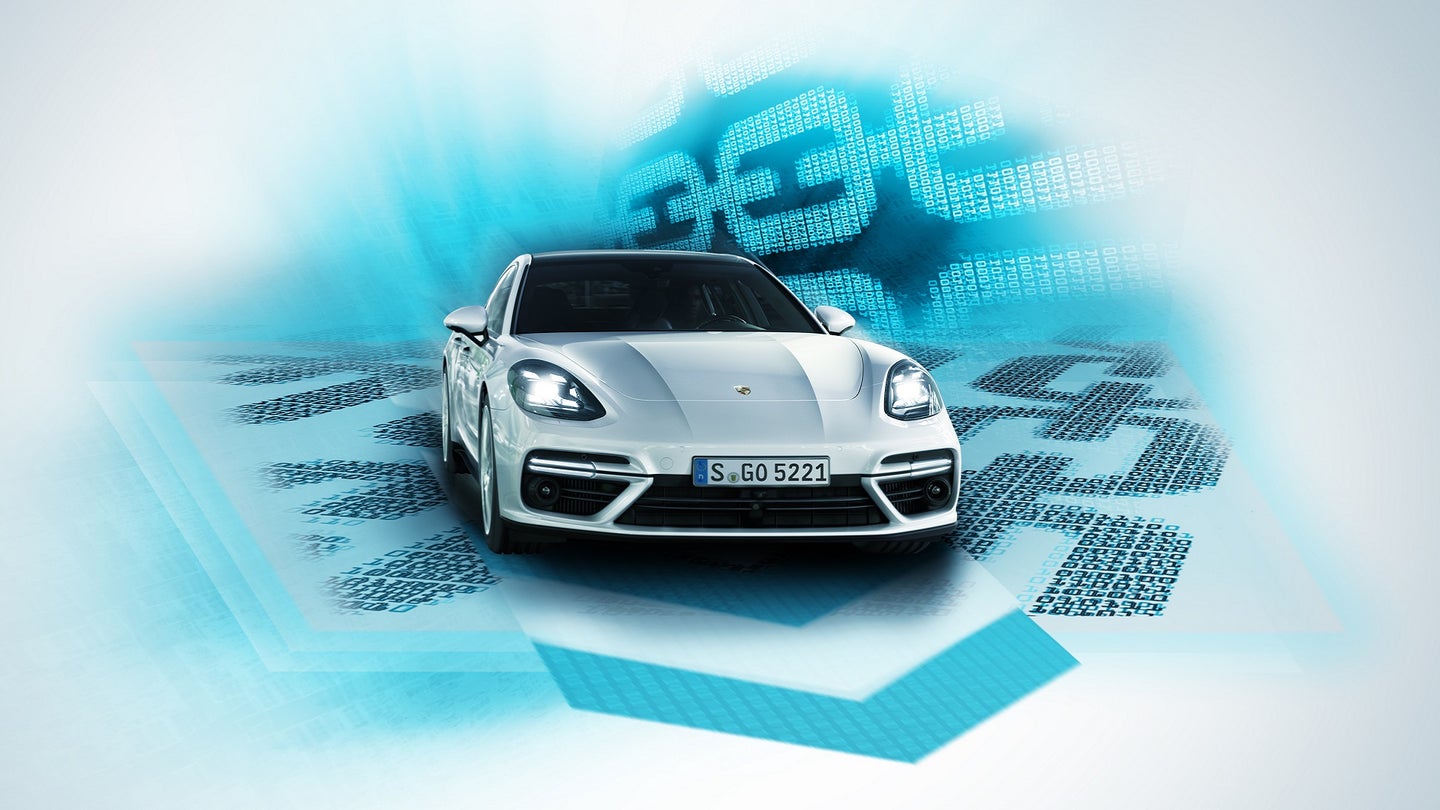 For a few months there, it seemed like I couldn’t talk to someone for more than 45 seconds without them mentioning Bitcoin. Thankfully, the hype has died down a bit as prices have cooled off. But the underlying technology of Bitcoin, Ethereum and other cryptocurrencies, the blockchain, is starting to weave its way through other businesses. Porsche is teaming up with Berlin-based start-up XAIN to test blockchain applications for their vehicles.

Without getting too technical, the blockchain is a distributed ledger of transactions verified by independent third parties. In English, it’s a log of events that everyone can see which gets checked out by a crowd of people. For example, I bring a box of donuts to the break room at work, open it up in front of everybody, take the first double chocolate glaze and eat it. Everyone sees the donuts I brought, they know the one I took, and can all verify I ate it. Boom. That’s the blockchain simplified through sugar.

Rather than just counting how many calories I consume, the blockchain can be used to pass data between to parties without fear of fraud. You can see how this technology might be useful in the auto business, specifically with regards to titling. Imagine if each car had a packet of data which included registration, service records, and the CarFax all in one. When one owner sold it to the next, this packet of data would be sent along to the next owner, guaranteed to be accurate, and without the involvement of any singular third party which could make mistakes.

“We can use blockchain to transfer data more quickly and securely, giving our customers more peace of mind in the future, whether they are charging, parking or need to give a third party, such as a parcel delivery agent, temporary access to the vehicle," said Oliver Dorings, Financial Strategist at Porsche. "We translate the innovative technology into direct benefits for the customer.”

The data each car could potentially include on the blockchain can extend much further than a vehicle's individual history of service records and ownership. Any number of data points including road conditions or traffic could be uploaded and distributed across the blockchain, aggregated, analyzed, and available for other cars on the road to interpret. It could be a big help when you’re trying to build the future of autonomous cars.

For now, getting into the specifics of how the blockchain may benefit drivers seems a bit abstract and if you’ve glazed over after reading this, you’re not alone. The important point here is, the blockchain will change the way data is used and distributed across the world.