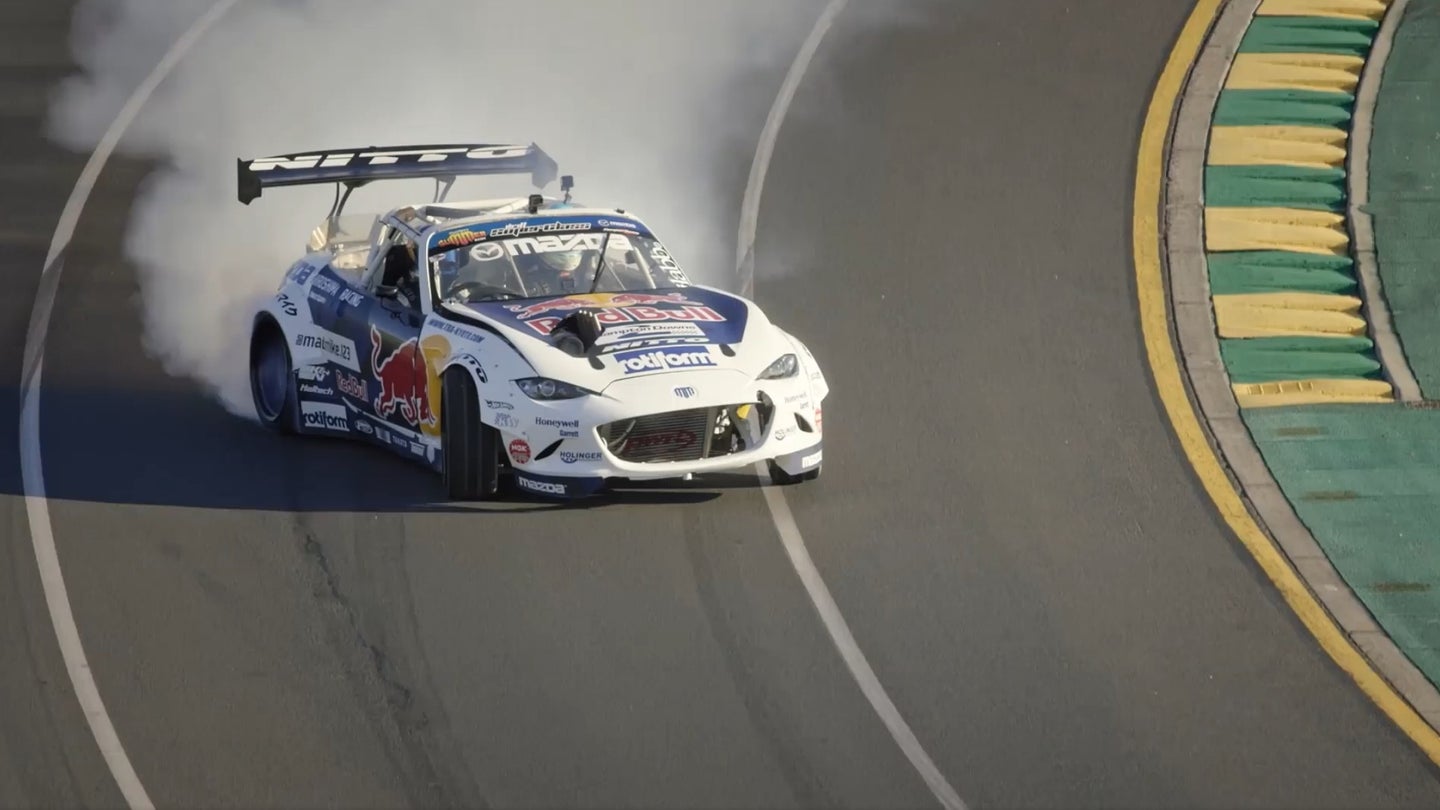 With videos such as this you would think the driver had many practice laps to get a feel for their car on the track, but according to Red Bull, Whiddett had only one practice lap before Ricciardo joined him for a ride in Whiddett's Mazda MX-5 drift car. You can tell by the tire tracks left by Whiddett's car. "This track is so gnarly, it’s so fast and it’s just an honour to bring drifting here." Whiddett told Red Bull.

Red Bull also spoke with Ricciardo who said "Drifting with ‘Mad’ Mike today was awesome. It’s completely different from our aim, which is getting around as fast as we can but we still got around pretty quick today, and we were sideways."

Whiddett rips the e-brake and does some slides while Ricciardo appears relaxed during the ride. It will be interesting to see if Ricciardo takes some of what he learned from Mad Mike to his next race. Ricciardo will be driving the circuit in his Aston Martin Red Bull Racing Formula 1 car for the 2018 Rolex Australian Grand Prix this weekend.

Check out the Melbourne Drift video via Daniel Ricciardo's Facebook.