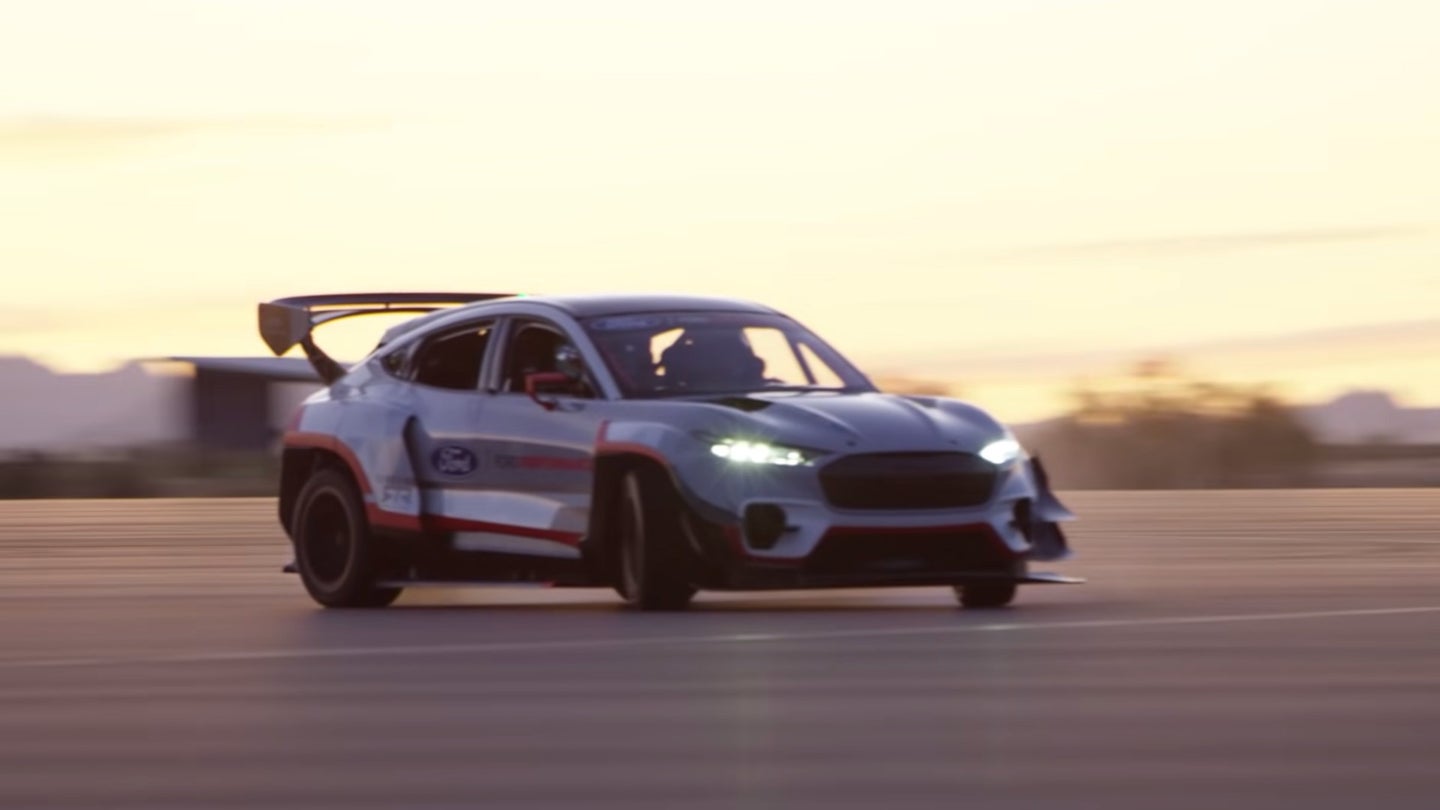 Ken Block behind the wheel of a 1,400-horsepower Mustang Mach-E is car-internet gold, and Ford knows it. That’s probably why it agreed to let him test-hoon the car on a 20-acre concrete playground. Of course, he had to bring along his 1965 Mustang Hoonicorn and let Vaughn Gittin Jr. drive it to keep things even.

The Ford Mustang Mach-E 1400 is a demonstrator and engineering test vehicle. It uses a 56.8-kilowatt-hour battery pack that sits at the very bottom to offer a low center of gravity—the battery alone weighs 1,500 pounds. The entire vehicle weighs over two tons, but that’s okay because the Mach-E 1400 uses seven electric motors—three in the front and four in the back—to turn a set of tires into dust in the wind using the marvel that is instant torque.

Among the many things the Mustang Mach-E plans on proving, the potential fun factor of EVs is on the forefront. For starters, the powertrain setup offers infinite adjustability. It can be front-wheel-drive, rear-wheel-drive, or all-wheel-drive and you can adjust the amount of torque it puts out. Oh, and it charges in only 45 minutes. Vaughn Jr. said it best when he described the Mustang Mach-E 1400 as a magnetic roller coaster you can control.

This clip is mainly about watching Ken Block thrash the hyped-up Mach-E, but what you should take away is a sense of optimism for the near-future of performance EVs. The possibilities developed with the Mach-E 1400 will eventually reach showrooms, albeit in a super-expensive, super-exclusive form, and that’s okay. We’d be alright with a fraction of the performance in a car we can actually afford.

The Mach-E also makes a ruckus, screaming down the runaway like a high-pitched supercharger—just know it’ll probably smoke a Dodge Challenger SRT Demon from a standstill.