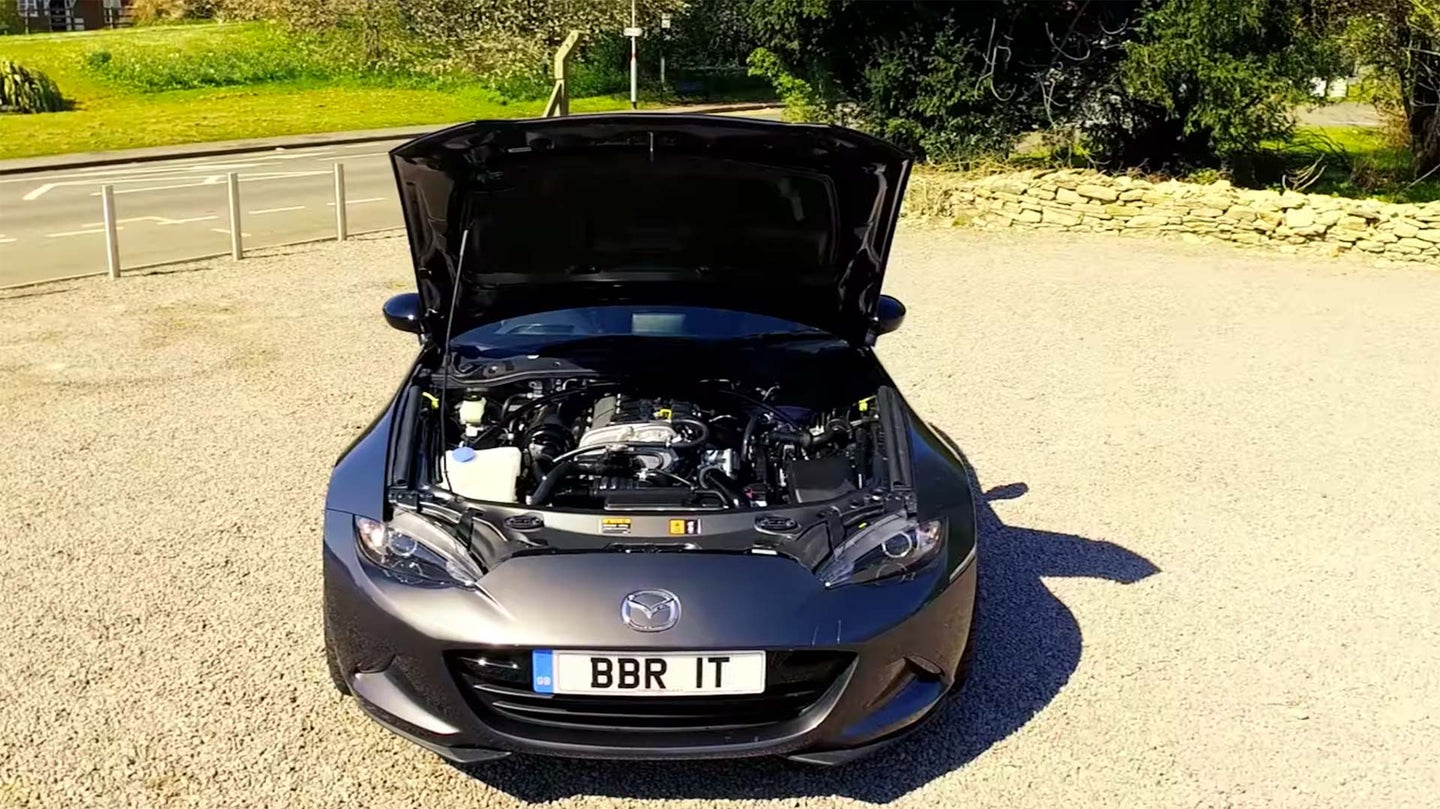 The Mazda Miata MX-5 is a blast to drive but no one will try to argue that it is a fast car off the line. The 2.0-liter SKYACTIV four-cylinder makes 155 horsepower and 148 lb-ft of torque, plenty of power to be peppy, but not enough to break records.

Now BBR has released its Stage 1 turbo upgrade to give the popular compact sports car a little more pep in its step. According to the press release, the Stage 1 turbocharger does not require heavy engine modification or engine removal for installation. Still, the turbocharger adds an astonishing 93 horsepower and 92 lb-ft of torque for a total of 248 hp and 236 lb-ft of torque. This drastic increase in horsepower takes the Miata’s 0 to 60 mph time from approximately 6.4 seconds to 5 seconds flat.

If you plan on purchasing the BBR Stage 1 turbo upgrade, expect to shell out a healthy $5,633.00 or nearly 25 percent of the car’s total value (base trim).