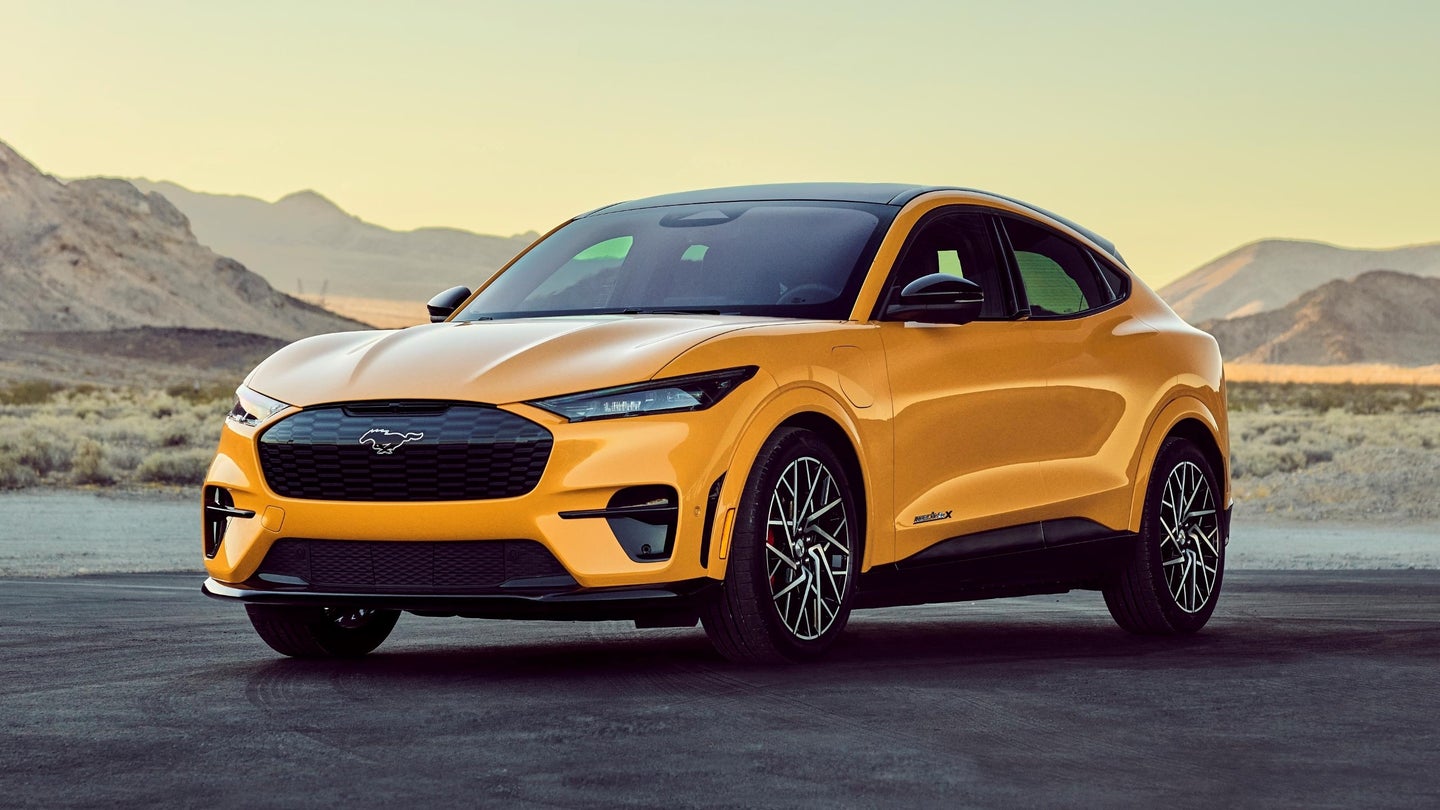 It'd be an understatement to say that not everybody is on board with Ford calling the Mach-E crossover a Mustang. Still, Ford hopes you'll forgive it when you hear what the all-electric model, in top-trim GT Performance Edition guise, boasts on the spec sheet. The company has announced that the quickest, most powerful Mach-E will hit 60 miles per hour in a "targeted" 3.5 seconds thanks to a dual electric motor powertrain that draws more power from its 88-kilowatt-hour battery than the regular Mach-E, putting down 480 horsepower and 634 pound-feet of torque.

That zero to 60 time matches that of the Tesla Model Y Performance but is still a league away from the Model X Performance's 2.6-second run.

With the extended-range battery, the Performance Edition Ford will apparently be good for an EPA-estimated range of 235 miles. That's a significant distance less than what you'd get in equivalent Premium, First Edition, or California Route 1 models which boast officially-quoted ranges of 270 to 300 miles, though one Ford-conducted real-world test allegedly had one going more than 355 miles without stopping to charge. Reduced range was always going to be a cost of having the quickest Mach-E on the block, I guess.

Being quick in a straight line can, as the Teslarati already know, be ludicrously fun but Ford hasn't stopped there, equipping the Performance Edition Mach-E GT with massive 19-inch Brembo front brakes, 20-inch wheels wrapped in 245-section Pirelli tires, and MagneRide damping to help the e-Mustang stop, corner, and ride like a proper Mustang should.

Visual differences include a "carbonized" gray front grille (yes, this thing still has a grille), aluminum on the instrument panel, and front seats sculpted by Ford Performance.

All of that said, whether or not all of the Mach-E's Performance Edition upgrades truly make it worthy of the Mustang name remains to be seen. We're looking forward to finding out when the Ford Mustang Mach-E GT, Performance Edition or otherwise, becomes available in summer 2021.