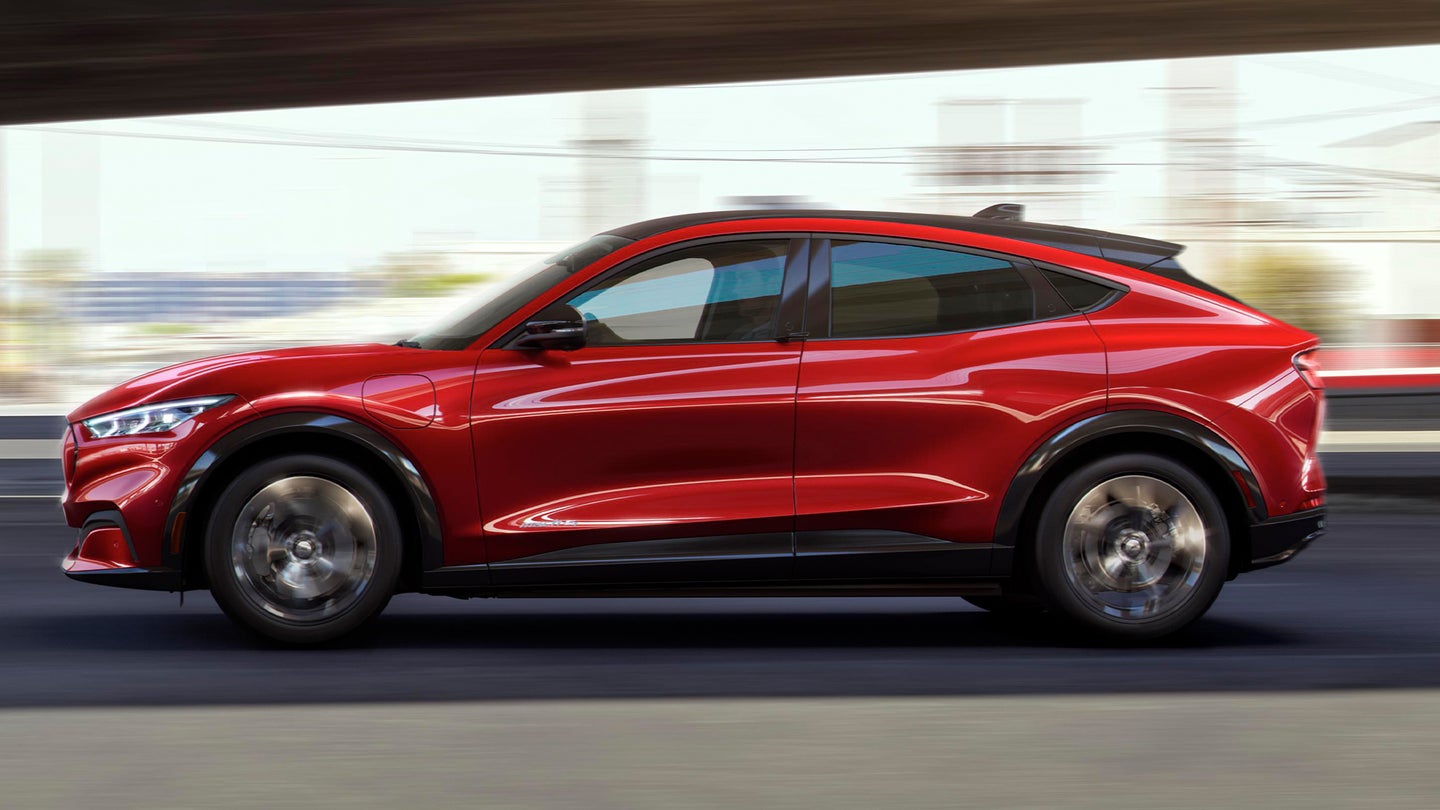 If you didn't know, electric cars still have a traditional low-voltage, wet cell battery in addition to the high-voltage pack used to turn the wheels. And apparently, a dead 12-volt battery can also lead to a no-start condition in the new 2021 Ford Mustang Mach-E, just as it would in the gasoline-powered coupe it was named after.

Posters on the unofficial Mach-E Forum began experiencing problems during the cold weather that followed the EV’s launch, which is horrible for both high and low voltage batteries. The Verge caught wind of the problem and spoke with one owner who confirmed the issue and gave a bit of insight on exactly why it was happening.

Investigation showed that the underlying problem is related to how the Mach-E charges the low-voltage battery. As the battery voltage decreases, the power is sapped every-so-slightly from the high-voltage pack since the Mach-E doesn't have an alternator like an internal combustion car does. However, when the Mach-E is plugged in for a normal top-off, the low-voltage battery is no longer supplied the trickle charge it needs.

To make matters worse, Ford recommends keeping the Mach-E plugged in while not in use during cold weather to ensure the battery is conditioned for maximum range. But because the vehicle is plugged in, the low-voltage battery ceases its charging and eventually is depleted as all of the connected services and other small items draw power. This introduces the no-start condition and informs the owner via the connected FordPass app that the car has entered "deep sleep" mode.

A technical service bulletin filed with the National Highway Traffic Safety Administration indicates that the problem is related to "parameters in the powertrain control module.” This is only relevant for Mach-E Mustangs built before Feb. 3 of this year, though according to Ford's first quarter sales data, that number could be pretty high. The issue currently requires a dealer visit in order to rectify, though Ford confirmed that the problem will be fixed via an over-the-air update later this year.

"We are aware that a small number of Mustang Mach-E owners have had their 12V battery reach a low voltage condition,” Ford said in a statement cited by The Verge. "We proactively worked with early owners experiencing this issue to identify the root cause and a fix. In the rare instances where this still occurs, customers can now contact their local EV-certified Ford dealer to have the matter resolved."

As a temporary workaround, owners can jump their Mach-E just as if it had a standard gasoline engine; however, be forewarned that a dead battery means a frunk that has to be opened by jumping a pair of leads hidden behind a panel in the front bumper.

It appears the Mach-E never got the memo about it being a crossover.

Dealers usually get their way when it comes to “market adjustments” on hot new cars—just not this time.

The Ford Mustang Mach-E Is Stealing a Big Chunk of EV Buyers from Tesla: Analyst

Tesla still leads the charge, but Ford’s electric crossover is gaining a lot of ground.

This Is What the Ford Mustang Mach-E Almost Looked Like

“Oh, boy. Houston, we have a problem,” current Ford CEO Jim Farley said when he first saw it.